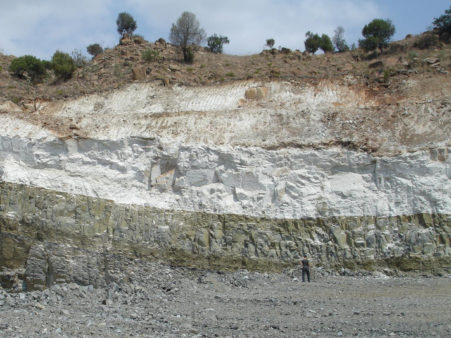 An example of a thick layer of stratiform anorthosite (white) from the world-known Bushveld Complex in South Africa. Credit: Wits University
- +
by Archaeology Newsroom
03 03 '20 10:29

Secret of magmatic rocks consisting of only one mineral