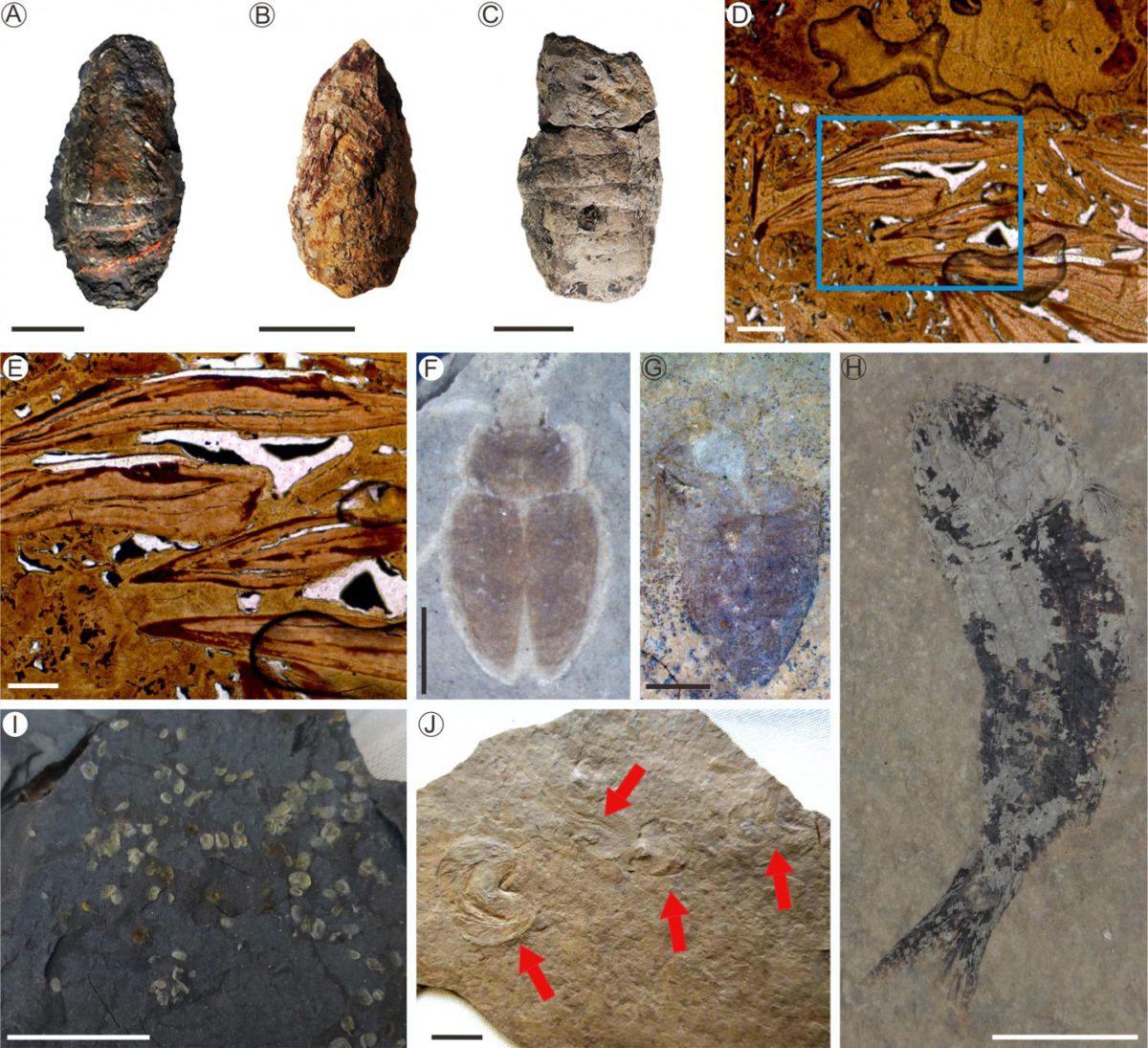 The restoration was coincident with the termination of the coal gap

A research team led by Prof. WANG Bo from the Nanjing Institute of Geology and Palaeontology of the Chinese Academy of Sciences (NIGPAS) found that both lake and peat-forming forest ecosystems probably took as long as 10 million years to recover after the EPME. Results were published in Geology on March 30.

Marine ecosystems are thought to have recovered substantially by the middle to late Anisian (about 8-10 million years later) and their restoration was still ongoing in the latter part of the Late Triassic (200 Ma). However, the pattern of recovery of lacustrine ecosystems is still unclear due to the highly fragmentary freshwater fossil record.

The researchers conducted a systematic study of the Middle Triassic lacustrine sediments in the Ordos Basin of China, including stratigraphy, sedimentology, and palaeontology in three outcrops on the southern edge of the basin.

U-Pb isotopic ages of tuffaceous layers in three outcrops dated the Triassic organic-rich shale to 242 Ma in the Middle Triassic Tongchuan Formation. The organic-rich shale in the lower part of the Tongchuan Formation represents the first known appearance of a deep perennial lake after the EPME and is 5 million years earlier than any previous record.

The shales have yielded abundant fossils, including microalgae, macroalgae, notostracans, ostracods, insects, fishes, and fish coprolites. They provide data on the earliest known Triassic complex lacustrine ecosystem. Such an ecosystem is a key component of Mesozoic lakes, which were different from pre-Mesozoic lakes in which dipteran larvae were absent and aquatic beetles were rare.

The restoration of a complex lacustrine ecosystem was coincident with the termination of the “coal gap,” which was an interval of approximately 10 million years during which no coals were deposited worldwide.

It is generally believed that the reoccurrence of the Middle Triassic coal seam represents a significant restoration of the forest ecosystem after the EPME. Therefore, both lake and peat-forming forest ecosystems probably took up to 10 million years to recover, much longer than the period of recovery of plant communities inferred from palynological data.