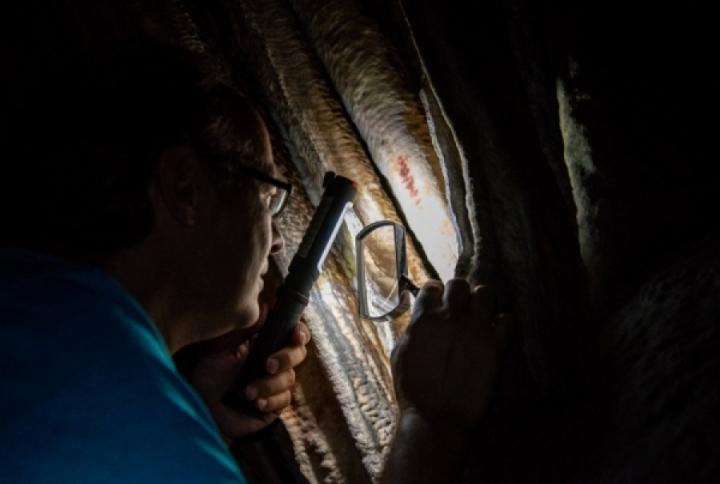 Doubts about the Nerja cave art having been done by Neanderthals

A University of Cordoba research

Dating cave art is a key issue for understanding human cognitive development. Knowing whether the ability for abstraction and conveying reality involved in artistic development is unique to Homo sapiens or if it was shared with other species, or simply knowing at what moment these abilities developed, is vital in order to understand the complexity of human evolution.

Currently in Spain, for the most part, when trying to find out the age of artistic expressions in caves, dating is done with U-series dating, using the two elements uranium and thorium in the underlying and overlapping layers of calcite in the paint itself.

However, the timeline this system proposes seems to provide evidence for erroneous ages and an inverse relationship between the concentration of uranium and the apparent ages. In order to test the reliability of this dating method, Prehistory Professor at the University of Córdoba, José Luis Sanchidrián Torti and associate researcher in Prehistory at UCO María Ángeles Medina Alcaide, who do not doubt the cognitive abilities of the Neanderthals but rather adhere to scientific rigor, performed a study in which they analyzed the reliability of Uranium-thorium dating and refute Neanderthals being the creators of the Paleolithic art in Spanish caves via the Nerja Cave. The key, according to the Cordoba team, seems to be in the mobility of uranium, which would have assigned older (and inaccurate) ages to the cave art in some Spanish caves, ascribing the art to Homo neanderthalensis.

The research team analyzed several samples of calcite related to the chronometric test of a set of rocks in the Nerja Cave, obtaining proof of the complexity of the dating on calcite for the study of the chronology of cave art. In this way, they directly question the generally accepted conclusions to date about the artistic manifestations in several caves being the work of Neanderthals, which had been determined based solely on the Uranium-thorium dating method.

In order to reconstruct the timeline of the history of cave art, Sanchidrián and Medina’s research proposes an action protocol for dating Paleolithic art samples that uses data from three measuring systems: Uranium-thorium testing, Carbon 14 (C14) testing and a second mineralogical study of the sample before dating.

It is essential to study in more detail the evolution of these artistic manifestations in order to establish a rigorous and reliable chronological framework that allows us to understand and comprehend human artistic development.