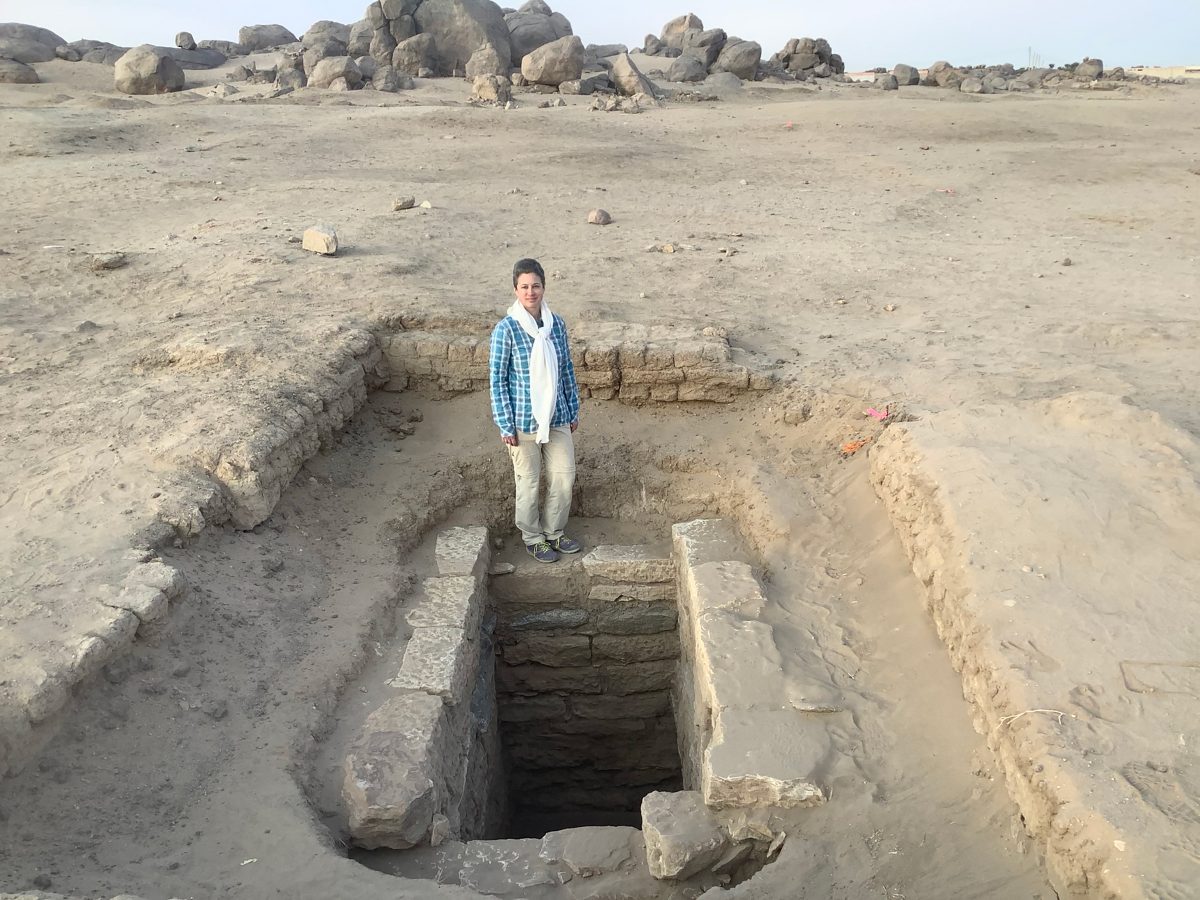 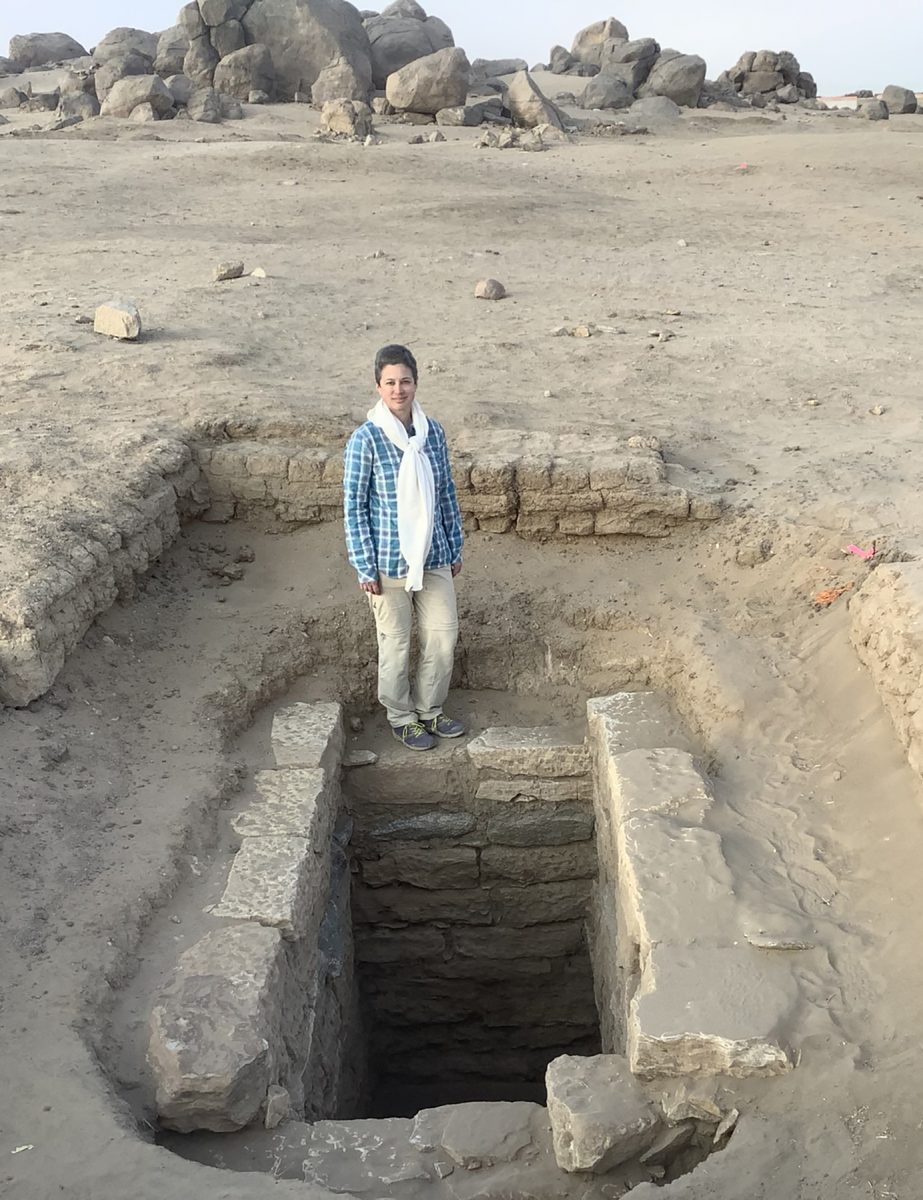 Like a fingerprint, teeth are unique to each individual. Dental records are useful in identifying human remains, but what can tooth enamel tell us about an individual – or an entire civilization – of 3,000 years ago in the Nile River Valley?

“One way we can identity whether an individual is from a particular area is from elements that are in the ground; plants and animals that we consume are incorporated into our skeletal and dental tissues,” said Michele Buzon, professor of anthropology at Purdue University.

Buzon is a bioarchaeologist who has excavated in the Nubian region of modern-day Sudan, to better understand interactions between Egyptians and Nubians.

“I have been using the element strontium in tooth enamel in order to see if the individuals buried at the sites I am excavating were born and raised in the local area or if they are immigrants that were raised somewhere else,” she said.

Buzon, who also is known in the archaeology world for excavating the burial of an ancient horse and uncovering evidence of Egyptians and Nubians creating new communities together, spent January and February excavating at the site of Tombos in northern Sudan with her research team, aided by a grant from the College of Liberal Arts Exploratory Research in the Social Sciences grant. A photo gallery featuring nearly two dozen images from Buzon’s recent excavation are featured online.

She’s excavated this site for ten seasons, and this recent trip focused on studying the alkaline-earth metal called strontium. The element has similar physical and chemical properties to calcium.

Buzon is looking into how the element varies depending on geographical location. Since 2004, she and her team have been collecting samples of strontium from soil, plants and animal remains to determine the element’s local signature. They then compare the strontium isotope values in dental enamel from the tombs they excavate to the local range to see if the individual grew up in the area.

“Part of this project is to understand variability in different places in the Nile Valley because we would like to be able to see if we can identify where somebody might have come from, if their strontium doesn’t match the local area,” Buzon said. “We are using these plant samples from various places in the Nile Valley to get a better sense of the local signature and see how much they might vary from place to place.”

To measure the element in humans, the surface of the tooth is cleaned and between 10 and 20 milligrams of enamel is extracted. The enamel is then ground up, dissolved and cleaned chemically before it is processed to measure the element’s isotope ratio. Buzon has been working with Antonio Simonetti, an associate professor of engineering at the University of Notre Dame.

Buzon’s current strontium project, which started in 2019 and will last through 2022, is funded by the National Science Foundation, one of the largest federal agencies that provides money for archaeology and anthropology. She was first funded by the NSF as a Ph.D. student at the University of California, Santa Barbara. The initial grant was from 2003-2004 and was awarded as an aid for her dissertation. Other grants she received from the NSF were for a 2009-2012 study to examine the identities of individuals during the development of the Napatan State and for 2014-2018 research to look at the impact of the Egyptian New Kingdom Empire in Nubia. She also was funded by the National Geographic Society Committee for Research and Exploration in 2009.

Her work with the isotope’s variability can aid in understanding migration and how climate change may have affected strontium over time. There are many challenges that come with studying ancient civilizations, but now researchers have to look into how climate change may impact how they study societies in the past.

“There have been some changes in climate, temperature and humidity and also how much dust is coming from the Sahara and moving across the desert,” Buzon said. “Some researchers have hypothesized that when sediments are coming in from another area, it could change the strontium isotope signature. This project is one way we can see if there is a change in the strontium isotope signature of a particular area because of factors that may have been affecting climate.”

While Buzon has spent 20 years excavating in the Nile Valley, she is partnering with a new team of scientists to tell a more complete story with the help of plants. Maha Kordofani, Sudanese botanist and professor at the University of Khartoum, is assisting the team in identifying the types of plants collected. Working with local scientists is just one of the ways Buzon and her team are engaging with the community.

“As anthropologists it’s important to think about other cultures coming in and documenting the history that is not their own and what that means for telling someone else’s story, so I think it’s very important to involve the local community – the descendants of people we’re researching in telling the story together,” Buzon said.

The research team involves the local community by providing information on its recent findings. The team has hosted end-of-the-season and women’s talks, and engaged with the community to see what topics they would be interested in learning more about. Buzon and her team also have worked with the local schools to provide teaching materials and informational posters for the students. This past season, the team hosted a tour for a fifth grade class to allow the students to see the process of archaeology first hand.

“For us we want to try to provide for the community in terms of education and what their interests are and really make this feel like a partnership. We want this to be a joint project in terms of what we’re learning about the past in Sudan and how to protect these sites and cultural heritage so that more people can learn from this information,” Buzon said.

Buzon is the recipient of Purdue’s 2017 Research and Scholarship Distinction Award, the most prestigious award the university bestows in the humanities and social sciences. The Department of Anthropology is in the College of Liberal Arts.