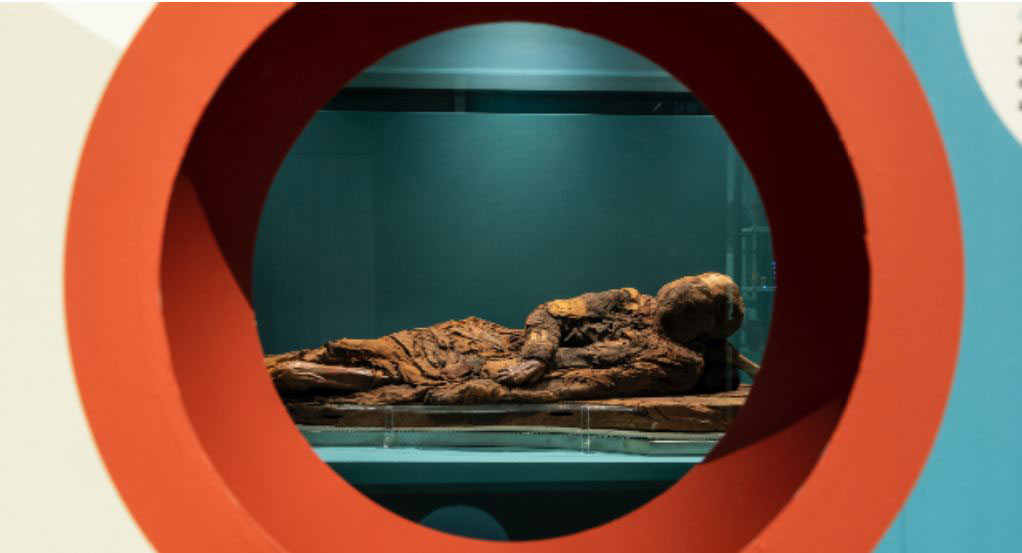 A non-invasive technique is set to revolutionize the study of Egyptian mummies, as it has been successfully tested on Egyptian mummified specimens for the first time.

The scientific analysis of mummified individuals can reveal important details on the way people lived and died in the past. Palaeoproteomic approaches are theoretically suitable for obtaining information on the extent of tissue preservation, on the use of protein-based substances for embalming and/or restoration, as well as for characterizing the microbiota from both the individual and the environment. However, these analyses usually require the destruction of a sample of tissue, a practice that is (obviously) discouraged by most museums. Unfortunately, this means that in-depth studies, for example by taking multiple samples from each individual, are seldom feasible.

But recently, experts led by The University of Turin’s Prof. Beatrice Demarchi claim they solved this problem as they successfully applied a certain non-invasive sampling technique on Egyptian mummies.

The technique is based on mixed-bed chromatographic media embedded on ethylene-vinyl acetate membranes (EVA); it had previously been used exclusively on historical material. Now, according to the experts,  it was successful in extracting ancient proteins from the surface of Egyptian mummies. The research was published in the paper “Never boring: Non-invasive palaeoproteomics of mummified human skin” (Journal of Archaeological Science, Volume 119, July 2020, 105145).

According to the publication abstract, the team tested the method on a decontextualized fragment of skin and assessed the endogeneity of its metaproteome by comparison with a procedural blank. Furthermore, the team retrieved and authenticated sequences of human collagen and keratin, as well as potential bacterial/fungal biodeteriogens, from a rare example of early mummification from the Old Kingdom. According to the official report by the University of Turin, the mummy  (Supp. 16747 of the Museum of Anthropology and Ethnography of the University of Turin) belongs to a young woman and came from Gebelein in Upper Egypt.

Apart from sequencing elements in her skin, the team, in collaboration with the University of Pisa, was able to dig in details of the mummification technique used on the woman’ s body, such as the use of pine resin as well as very fine and rare linen pleated tunic. According to the lead author, Prof. Demarchi, this non-invasive technique’s successful use on mummies will enable the study of the entire collection of mummies in the University’s Museum and thus increase our knowledge on pathologies/health and the evolution of mummification in Egypt, from the Predynastic to the Ptolemaic times.