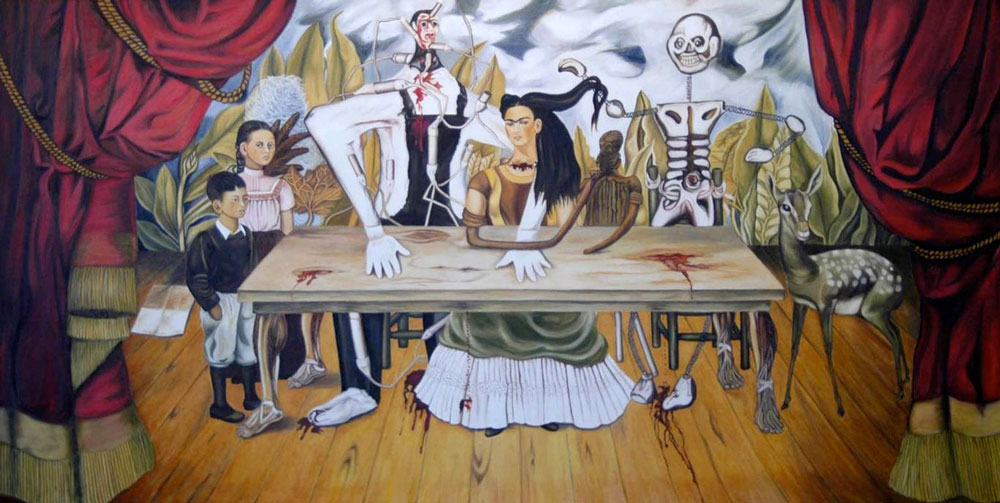 A Spanish art dealer claims to have found the lost work of Frida Kahlo’s “La Mesa Herida” (The Wounded Table), which was first exhibited in 1940, disappeared in 1955 and has since become the subject of an international quest.

The oil painting ‒ a self-portrait dealing with Kahlo’s pain after her separation with her fellow artist Diego Rivera known for his large-scale murals ‒ was last seen and photographed at a 1955 exhibition in Warsaw.

But now, art dealer Christian Lopez claims the painting is stored in a London vault, ready to be sold to anyone offering more than 40 million euros (or $ 45 million).

However, scholars have rejected the claim that what has been found is the “holy grail” of Kahlo’s work, as it is considered by collectors and art researchers.

The Associated Press writes that historian of Latin American art Helga Prignitz-Poda noted that there were “clear differences” between the work to be sold and the photographs of the original, adding that there were similarities between the painting on sale for the estimated price of 40 million euros and previous, inaccurate replicas.

Susana Pliego, another art historian who has worked for years with Frida Kahlo’s archive, agrees that the painting discovered is probably fake. Pliego also says that “Fridamania” ‒ which has turned the artist herself into a commercial product ‒ is contributing to the sale of fake works: “Because her paintings are sold so expensively, someone makes a proposal to see if anyone falls for it.”

For his part, Lopez says “time will tell.” “Anyone who actively shows a real interest and the ability to pay the sum of 40 million euros can spend as much time as they want with their experts analysing the work”, he said.