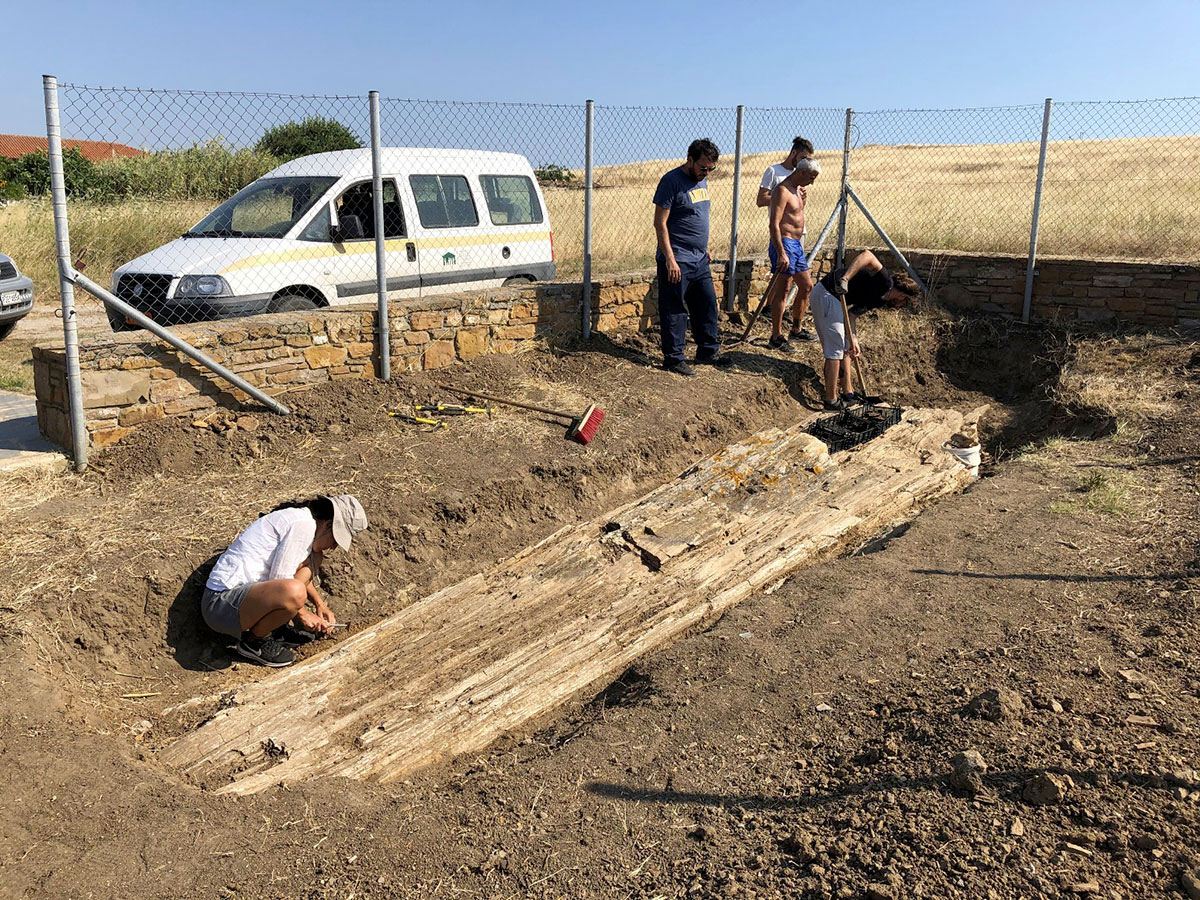 The giant trunk of a fossilized tree was discovered in the village of Varos on Lemnos, during excavations and works of conservation and enhancement conducted by a team from the Natural History Museum of the Lesvos Petrified Forest, headed by Professor Nikolaos Zouros.

“The trunk, over eight meters long, retains the typical features of wood, while the ends of its branches have been preserved in excellent condition. This is an impressive find of the fossilized trunk of a coniferous tree which gives us an overall picture of its dimensions and is an indisputable testimony to the value of the Lemnos fossilized forest,” said Mr. Zouros to the Athens and-Macedonia News Agency.

As he says, “the creation of the fossilized forest is directly related to volcanic activity in the area of today’s Aegean during the Miocene period in particular, approximately 20 million years ago. At that time there was a surge of volcanic activity in the greater region of the northeastern Aegean and Asia Minor, forming both the fossilized forest of Lemnos and that of Lesvos. As is known, standing and fallen fossilized tree trunks have been found in the sea between the two islands.”

The fossilized forest of Lemnos is a unique natural monument. It was declared a protected monument of nature in 2013 by decision of the then secretary general of the Decentralized Administration of the Aegean, Christiana Kalogirou.

It has been announced that the Natural History Museum of the Lesvos Petrified Forest will continue the conservation and enhancement of the fossilized forest of Lemnos in the coming September, when the works at Varos are expected to be completed, while the enhancement of new sites has also been planned.

The conservation and enhancement works were carried out in collaboration with the Municipality of Lemnos and the Lesvos Directorate of Forests. President of the Local Community of Varos, G. Kavouras, helped significantly in the whole project.