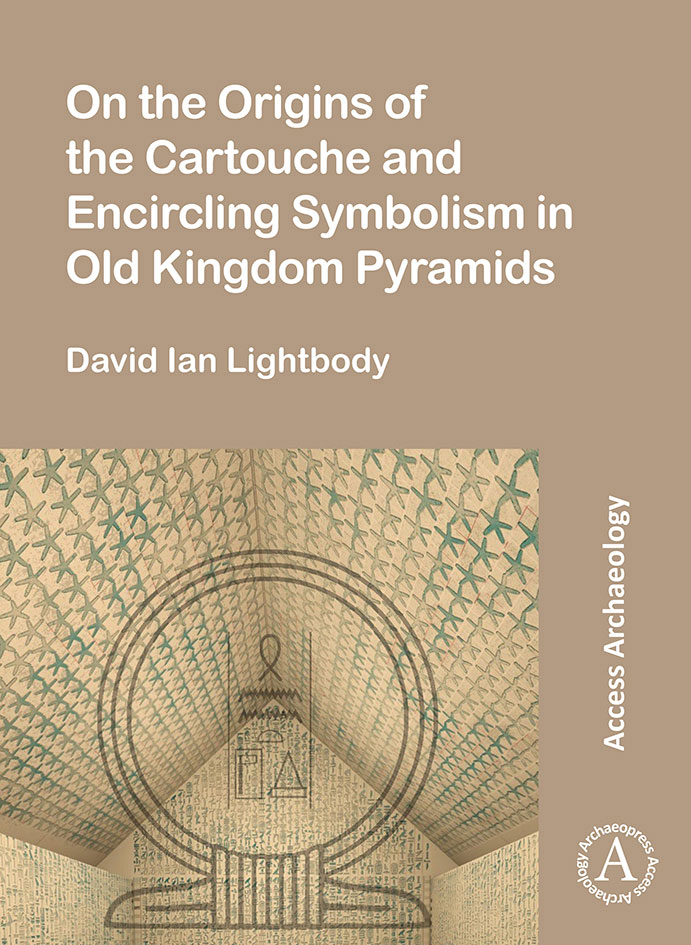 On the Origins of the Cartouche and Encircling Symbolism in Old Kingdom Pyramids is a treatise on the subject of encircling symbolism in pharaonic monumental tomb architecture. The study focuses on the Early Dynastic Period and the Old Kingdom of ancient Egypt (Dynasties 1 to 6). During that time, encircling symbolism was developed and gained prominence. In addition, pharaohs adopt the cartouche as principal symbol for the first time.

This work demonstrates how the development of the cartouche relates to the monumental encircling symbolism incorporated into the architectural designs of the Old Kingdom pyramids. By employing a new architectural style, the pyramid, and a new iconographic symbol, the cartouche, the pharaoh sought to elevate his status above that of the members of his powerful court.

These iconic new emblems protected the pharaoh in life; they were also retained in the afterlife. By studying the available evidence, the author traces, catalogs, and explains the new and meaningful link between the two artistic media -iconographic and architectural- through time.

David Ian Lightbody, PhD., BEng (Hons), is an archaeologist with a special interest in the origins of architectural and scientific principles, most notably in the ancient Egyptian and Greek cultures. In 2016 he founded the Journal of Ancient Egyptian Architecture (JAEA) with co-editor Franck Monnier. He has published several journal articles, a monograph, and most recently, the Great Pyramid Haynes Operations Manual (2,590 B.C. onwards).