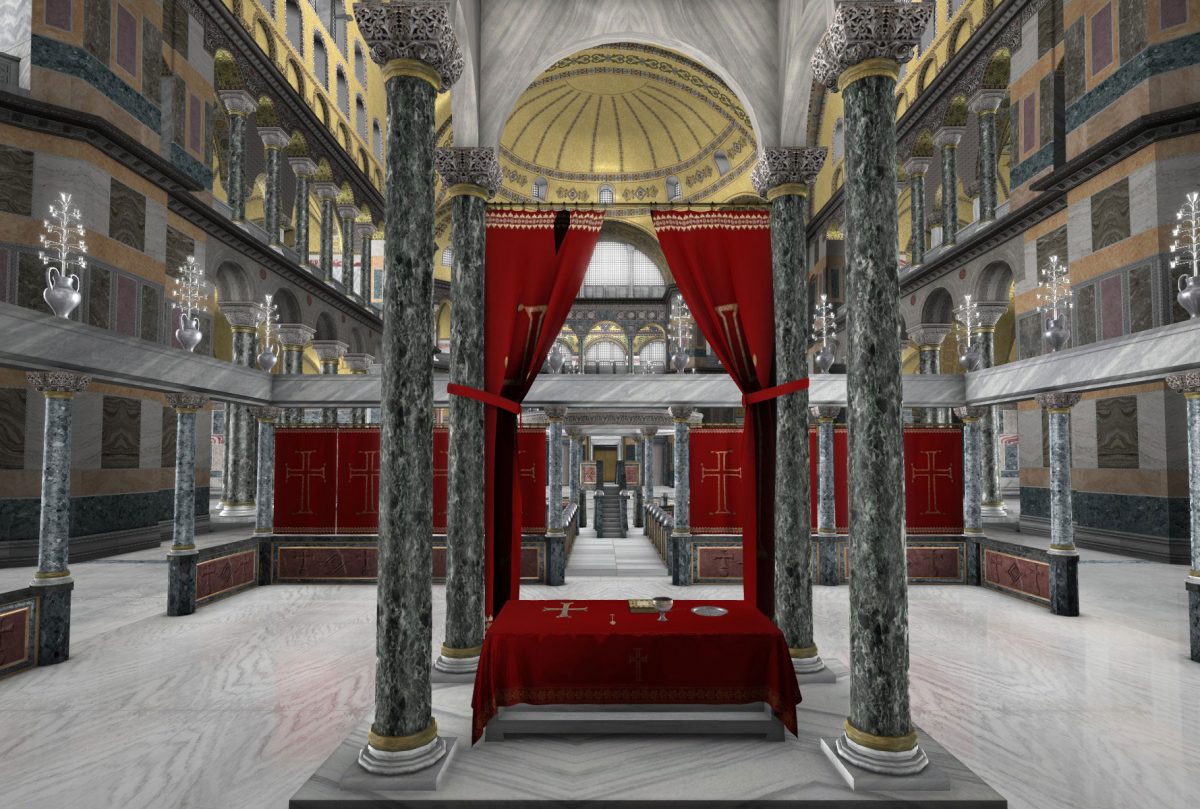 Hagia Sophia: Letter from the FHW to the Ecumenical Patriarchate

On the occasion of Hagia Sophia’s conversion into a mosque

This was written by the vice-president of the Foundation of the Hellenic World, Sofia Kounenaki-Efraimoglou, and managing director Dimitris Efraimoglou in a letter to the Ecumenical Patriarchate, in which they expressed their support to the  Patriarch after the Turkish government decided to convert Hagia Sophia from a museum to a mosque.

In its statement the Foundation of the Hellenic World notes that, after years of thorough research, it has realized a complete digital representation of the church and created a 55-minute virtual reality production, watched so far by more than 300,000 visitors, including the Archbishop of Athens and Greece Mr. Ieronymos. The production is being screened at the “Tholos” Virtual Reality Theatre of the “Hellenic World” Cultural Center.

In the letter, the FHW informed the Ecumenical Patriarch that it places the interactive, digital virtual reality production of “Hagia Sophia: 1,500 years of history” at the disposal of the Patriarchate and fully supports the latter’s work.

The letter states, among other things, that “a symbol of peace, intercultural dialogue and interfaith consensus is being transformed, for other purposes, into a means of polarization and division,” and stresses that “this heinous and sacrilegious move is a heavy blow for all the world and also an insult to every thinking person, regardless of religion and ‘credo’, in violation of international law and any notion of legality”.

The letter concludes as follows: “Your Holiness, please know that we stand by You with all our strength and take Your side in every initiative to preserve all that this supreme monument of Orthodoxy and Christianity represents and means. The Holy Church of Hagia Sophia is moreover  a unique case not only as a monument of world cultural heritage, but also as an object of study. Hagia Sophia, a spiritual and political symbol of the Byzantine Empire, a marvel of Byzantine architecture, has survived to this day, despite all adversity and difficulties. Apart from the screenings that we are conducting at the Hellenic World Cultural Center, our goal is to take this production to as many cities across Greece as we can, as well as abroad, to raise awareness both among the Greek public and worldwide of this magnificent monument’s ecumenical scale”.

More information about the virtual reality production “Hagia Sophia: 1,500 years of history” can be found here at: http://agiasophia.tholos254.gr/