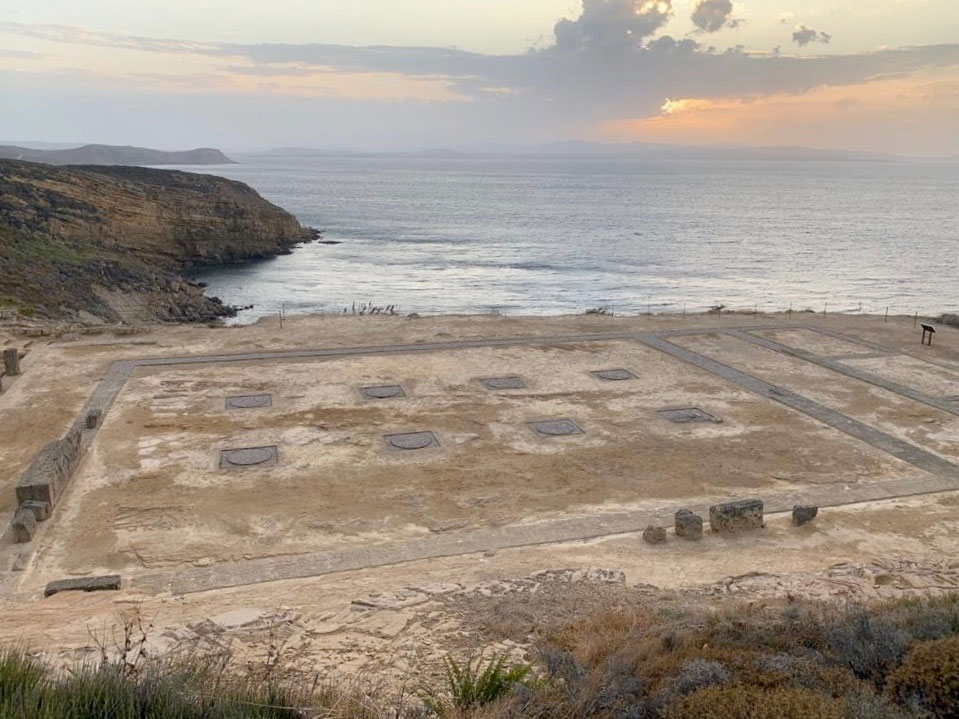 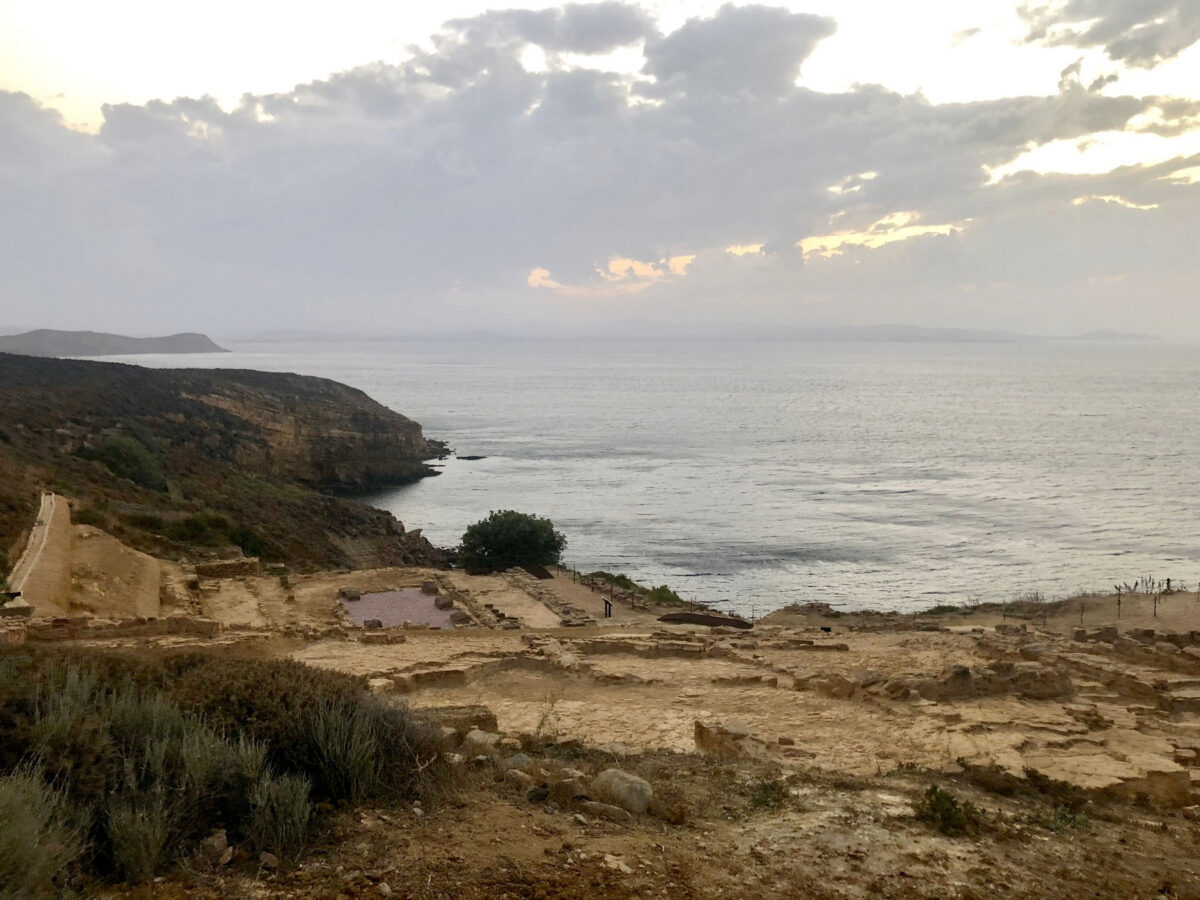 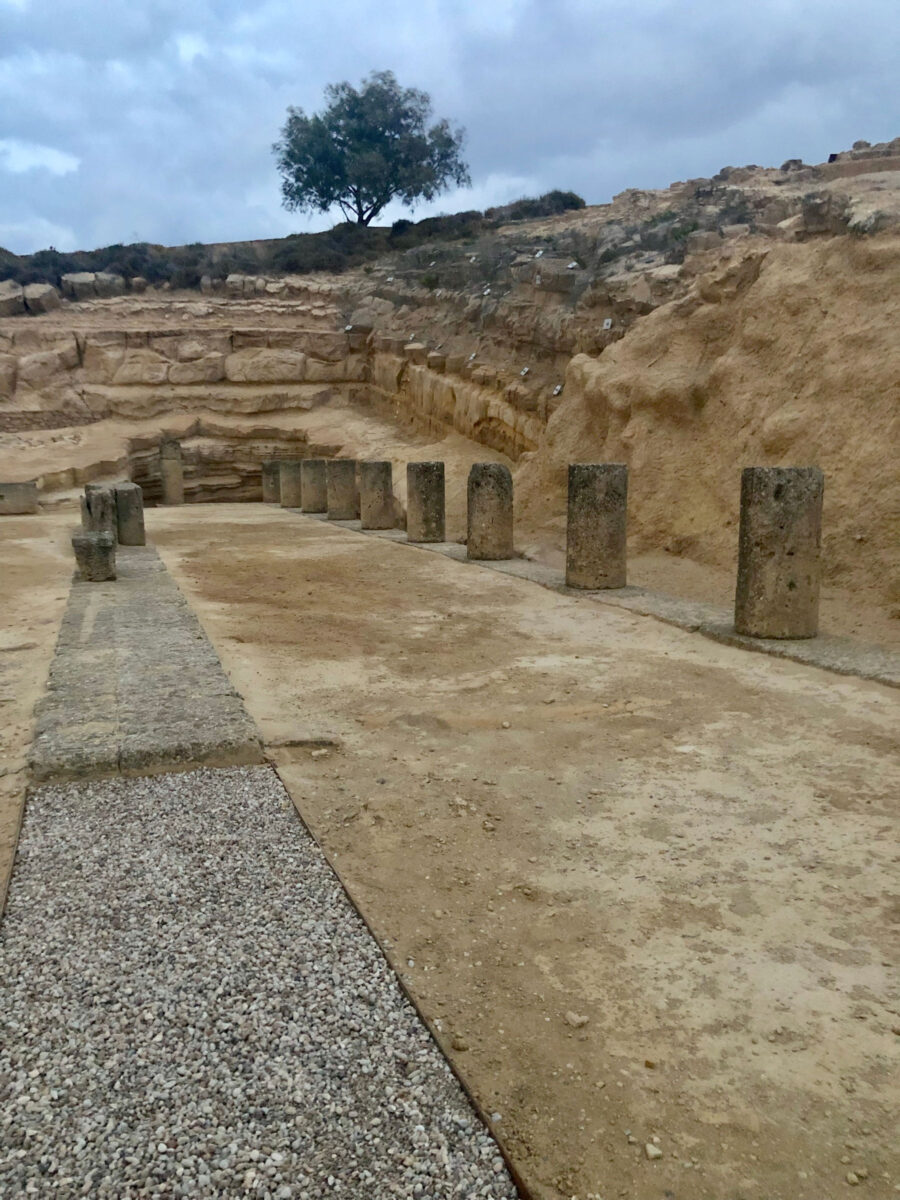 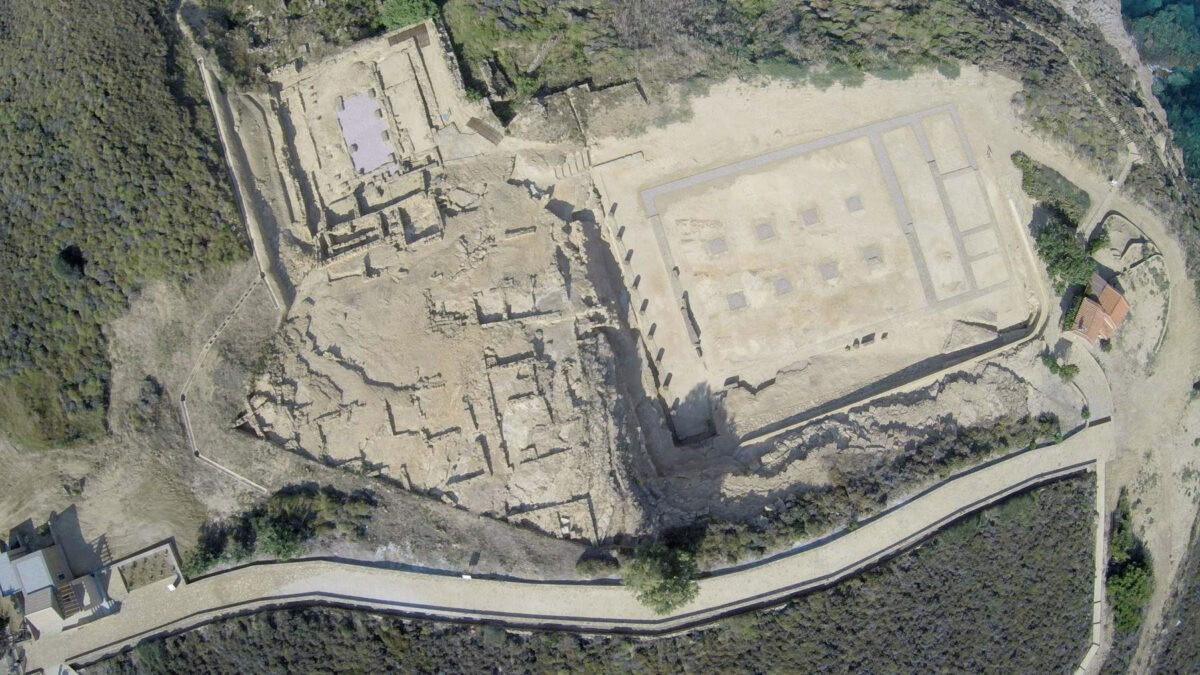 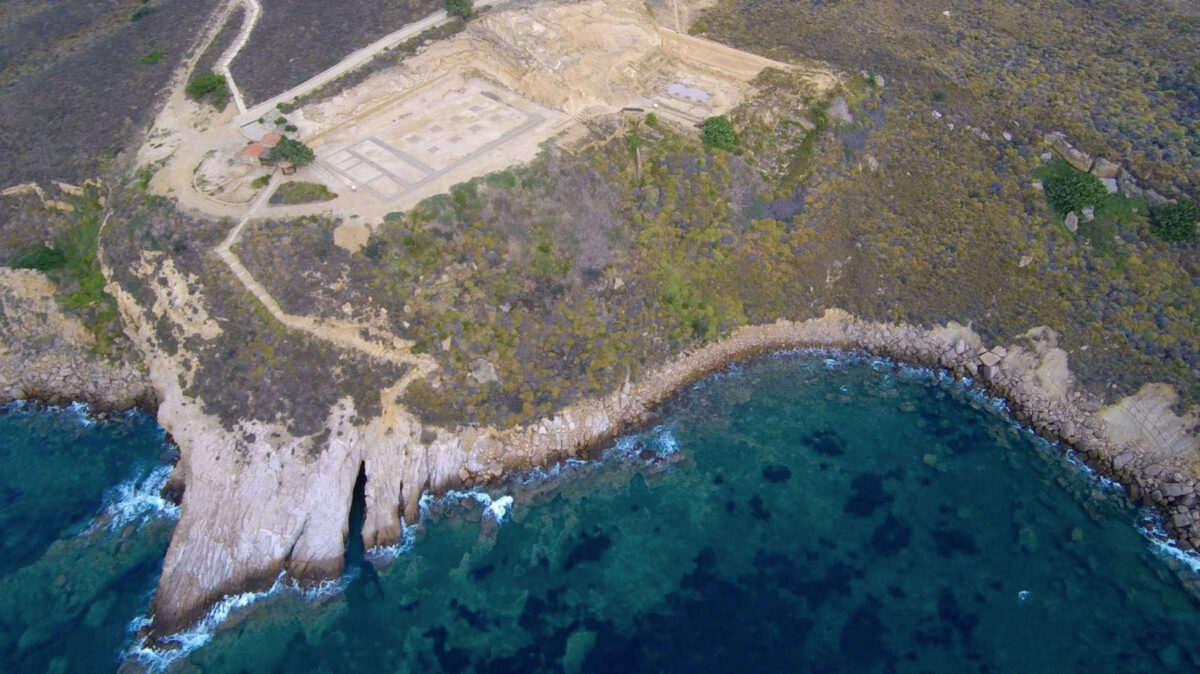 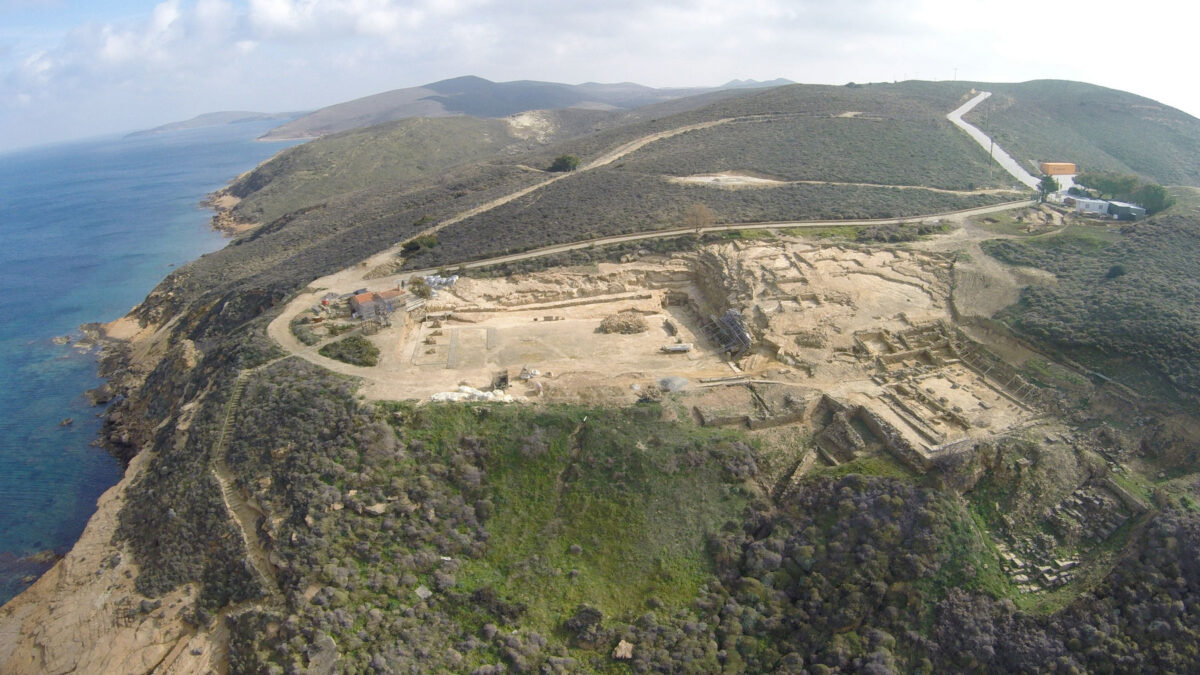 By Minister of Culture, L. Mendoni

The restored and upgraded archaeological site of Kabeirion on Lemnos was opened on the afternoon of Saturday, September 26, by Minister of Culture and Sports, Lina Mendoni.

At the opening ceremony, Ms. Mendoni, said among other things: “We are on Lemnos, an island with thousands of references in ancient Greek letters. The island has always been of immense interest both historically and geopolitically, both in antiquity and today. It is no coincidence that Lemnos is situated on the sea route from the Hellespont to the south. Lemnos, Lesvos and Skyros (i.e. Poliochni, Thermi and Palamari) are the three large settlements of the Early Bronze Age. We are talking in other words about two, three millennia BC, in which an extremely large civilization evolved. It is no coincidence that on Lemnos the very recent findings of the excavation of the Aristotle University of Thessaloniki presuppose the human presence around 10000 BC. The earliest finds we have in Greece are on Lemnos. It is no coincidence that the prehistoric settlements in Myrina, Poliochni and Koukonisi developed this advanced art and high technology simultaneously. It is no coincidence that Hephaestus falls from the sky onto Lemnos and teaches the locals the art of metals that mark another era. These are archaeologically presumed in this place. That is why it is very important to invest in archaeological sites, in cultural projects, which lead to our self-knowledge. Learning our past allows us to be more mature about our present and our future. Therefore, it constitutes an extremely important act to promote each archaeological site and hand it over to the general public, to the respective locals, in this case today to the inhabitants of Lemnos, the bearers of this culture. Listening to the benediction of His Holiness during the sprinkling of holy water I wondered what other place, what other country has the blessing of such a long history where the living church, the words of the Christian texts are used to bless an archaeological site; a site that is associated with a pagan worship? Here however, something transcendental takes place”.

According to the announcement of the Ministry of Culture, the enhancement work done to the archaeological site of Kabeirion not only upgrades the services provided to the visitors of the site  but the latter itself is protected from the wear and tear of time, the effects of severe weather, which plague the region but also from the pathology of the soil which has caused significant damage to the monuments and parts of the masonry that have collapsed or have slid down the slopes. The site now provides upgraded services for the disabled, such as a special electric wheelchair, toilets and an information touch and audio screen for the visually impaired, indicating the direction. Stopping points for visitors have been created, educational programmes organized, while information material (brochures in Greek, English and Braille) is available to all visitors, as well as chargers for all types of mobile phones. The new guardhouse is equipped for digital monitoring the archaeological site (a recording device, cameras, equipment for firefighting, fire detectors and an alarm system).

The same announcement also provides an extremely important fact for acquiring a greater knowledge of the site: during soil removal necessary for the works, part of the so-called “Late Roman settlement” was located, which, according to the latest excavation data, seems to have been part of the banqueting halls of the two Telesteria. Numerous inscriptions from Hellenistic and Roman times identify the open air space of the banqueting halls as the “prominent place” , probably the archive of the sanctuary, in which honorary inscriptions and resolutions were placed. The finding of a burial of the late 4th c. BC is of particular interest, above the Late Archaic and below the Late Roman temple, which could possibly be the grave of a prominent person, perhaps a priest. Iron rings found as burial offerings – similar ones having been found in the sanctuary of the Great Gods in Samothrace – indicate their use in initiation ceremonies.