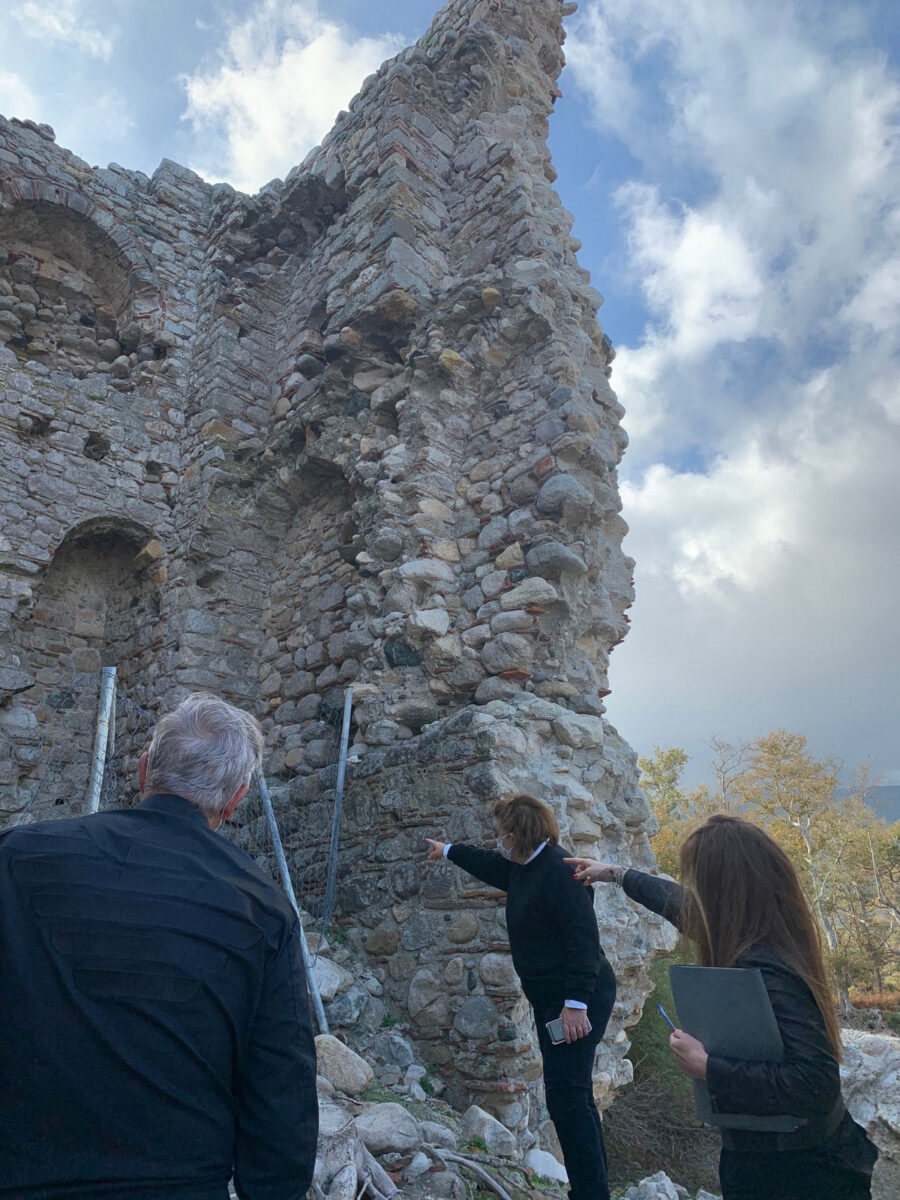 Inspection of the Fonias Tower in Samothrace

Built by the Gattilusi family in the 15th century

On the coast of Samothrace’s northeastern tip, at the mouth of the Fonias torrent, stands the tower by the same name, built by the Gattilusi  family in the 15th century, which was part of  the island’s greater defense programme and survives at a height of 12 m. It was originally a three storey building, possibly a kind of tower belonging to the boat yard (arsanas), similar to the ones of Mount Athos.

The severe storm that occurred on September 25, 2017, causing incalculable damages to the island, also hit the tower, bringing about the collapse of its western wall and endangering the stability of the entire building.

As pointed out in the announcement of the Ministry of Culture and Sports, from 2017 to 2019 no measures had been taken to protect the monument. In July 2020, the Directorate for the Restoration of Byzantine and Post-byzantine Monuments completed the competition  assigning the study for “Urgent stabilizing and restoration works on the Tower of Fonias”, the deadline being December 2020.

The Minister of Culture and Sports Lina Mendoni inspected the Tower of Fonias accompanied by Director of Restoration of Byzantine and Post-byzantine Monuments Themistoklis Vlachoulis, the Curator of Antiquities of Evros Domna Terzopoulou and responsible department head Lila Sambanopoulou.

After consultation with the Secretary General of Infrastructure George Karagiannis, the Minister gave instructions to study the possibility of constructing an engineering work in the torrent bed and at a sufficient distance from the monument, working together with officials from the Ministry of Infrastructure and Transport. Ms. Mendoni is collaborating with the Regional Governor of Eastern Macedonia and Thrace Christos Metios for the project of restoring the Tower of Fonias to be included in the Integrated Spatial Investments of the 2014-2020 Regional Development Plan for Eastern Macedonia and Thrace.

At the same time, the Minister asked the Ephorate of Antiquities to ensure that the other Genoese towers of Samothrace which comprised the island’s defense system, become accessible to the public again.

Next, Ms. Mendoni, following Prime Minister Kyriakos Mitsotakis’ visit  to the Archaeological Museum of Samothrace, held a meeting with the Curators of Antiquities of Evros and Rodopi, Domna Terzopoulou and Chrysa Karadima respectively, on the matter  of speeding up the works for its, the Museum’s, re-opening.