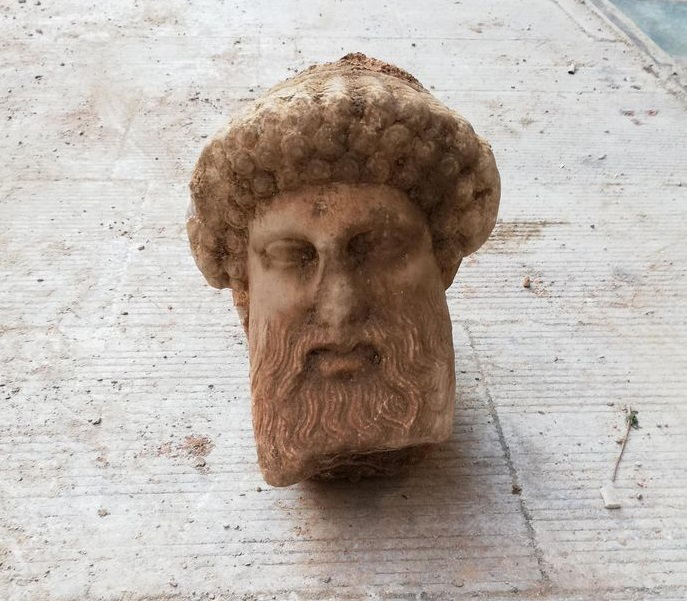 Last Friday, a Hermes head came to light during sewage works opposite the Ag. Irini temple in Aiolou street of downtown Athens. The head was found in a depth of 1.3m and is depicting God Hermes at a mature age. It is part of a Hermaic stele.

The iconography of the sculpture resembles the type of Hermes Propylaios by Alcamenes.

The head was found in second use walled in the southern side wall of a modern sewage pipe. The well-preserved find was transferred to a storeroom of the Ephorate of Antiquities.

It is an original work, which probably dates back to the end of the 4th or the beginning of the 3rd c. BC. The Hermaic stelai were usually found at crossroads and served as road signs.