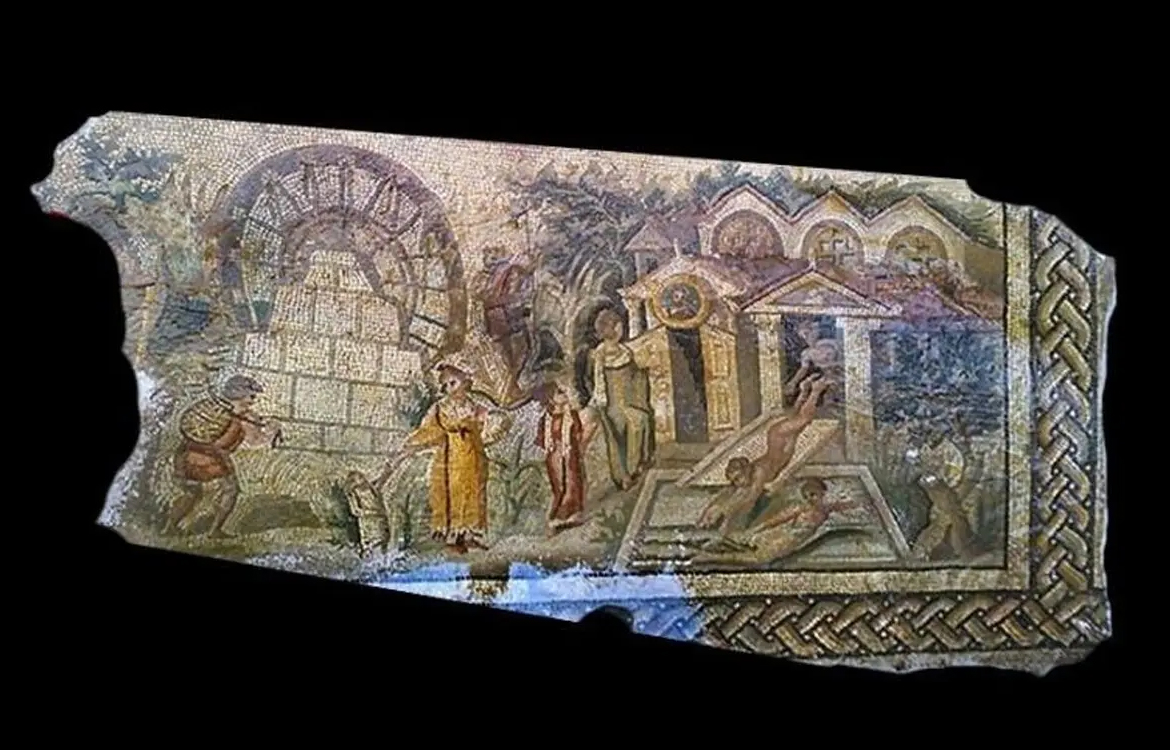 Revealed on photos of stolen mosaic

Researchers from the University of Warsaw have determined that a mosaic stolen from Apamea in present-day Syria is the oldest representation of a Roman hydraulic water wheel.

Apamea was an ancient Greek and Roman city that was founded around 300 BC by Seleucus I Nicator, one of the Diadochi rivals who fought for control over the empire founded by Alexander the Great after his death.

In 64 BC, Gnaeus Pompeius Magnus (also known as Pompey the Great) marched on Apamea, annexing the city as part of the Roman province of Syria. In response to an earthquake in AD 115 (known as the 115 Antioch earthquake), the Romans rebuilt Apamea with a typical Roman street grid system, and large public works such as aqueducts, bathhouses, and a theatre.

The mosaic was stolen from Apamea by looters conducting illegal excavations back in 2011, and sold to antique collectors on the black market. The looters published photographs online of the mosaic to facilitate the illegal sale, which has now been studied by researchers from the Faculty of Archaeology at the University of Warsaw.

According to researchers, the mosaic is approx. 19 sq metres and consists of three stripes with figural representations, and shows a huge hydraulic wheel, or noria, which is very rare to be illustrated in contemporary iconographic sources.

Dr Marek T. Olszewski from the UW Institute of Archaeology announced that the stolen mosaic demonstrates the earliest example of a hydraulic wheel known to date, and probably dates from the first half of the 4th century AD, perhaps from the time of Emperor Constantine the Great (306-337 AD)”.

Hydraulic water wheels were driven by the current of a river and were used to lift water drawn from a river into an aqueduct to irrigate fields, and supply major settlements with water for public fountains, thermal baths, and high-status villas.

In the mosaic sample studied, researchers conclude that it features a wooden wheel installed on a pyramidal structure, to draw water from the Orontes River to supply a Roman bathhouse that consisted of a pool and slide.

The whereabouts of the mosaic are unknown and is the subject of an ongoing investigation by Interpol.