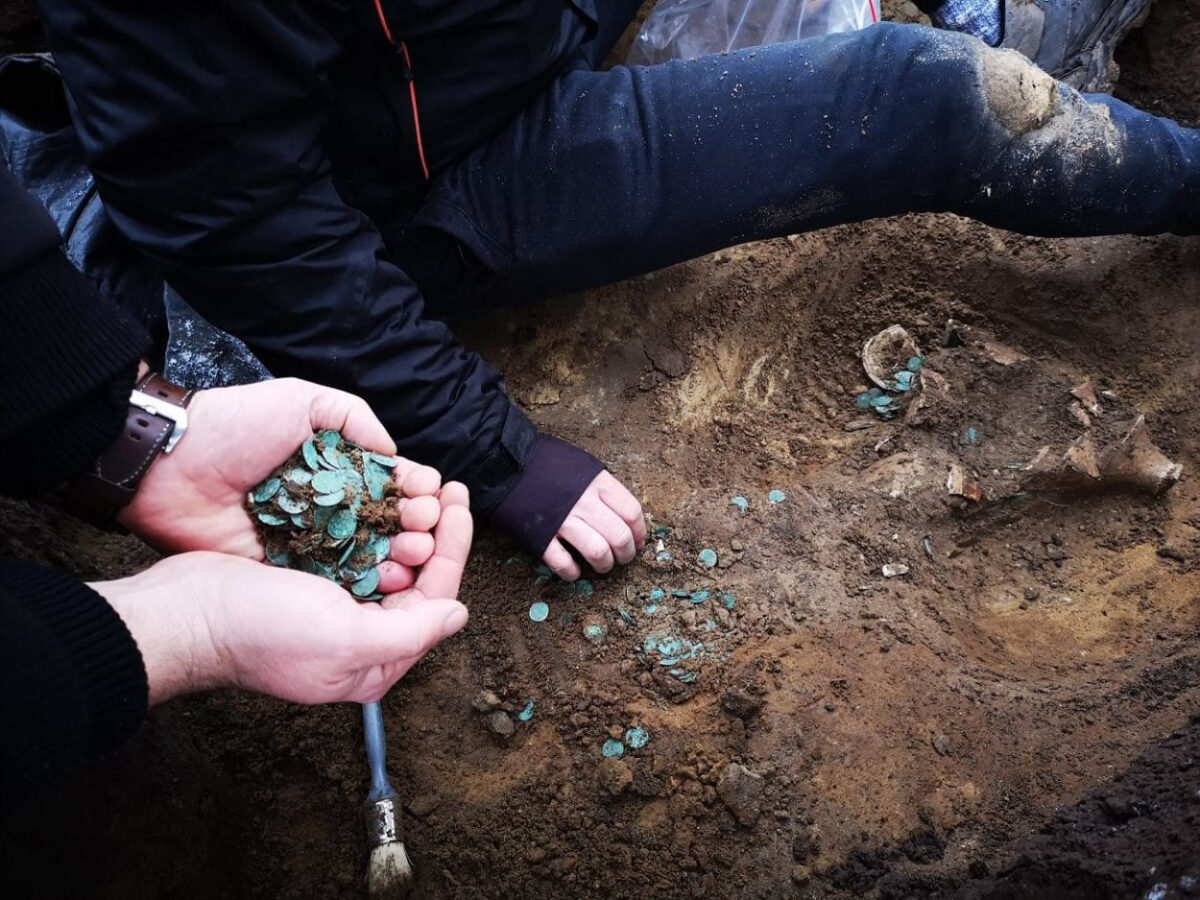 In the village and commune of Újlengye

Archaeologists conducting a rescue excavation in the village and commune of Újlengye, in the Pest County of Central Hungary have unearthed over 7,000 medieval and Roman coins.

The excavations were conducted by the Ferenczy Múzeumi Centrum, in collaboration with volunteers from a community archaeology group near the location of a previous hoard, consisting of 150 coins that was discovered in 2019.

Archaeologists opened up a 1×1 metre trench based on a survey by metal detectorists, where they discovered a vessel that had been struck by a plough, dispersing the coins along the plough line. The latest hoard discovery consists of nearly 7,000 silver coins, and 4 gold coins.

The earliest coin is dated from AD 161–169 and depicts the Roman Emperor Lucius Aurelius Verus of the Nerva-Antonine dynasty.

Archaeologists suggest that the hoard was hidden in response to the advancing armies of the Ottoman Empire, after the defeat of the Kingdom of Hungary and its allies, led by Louis II at the Battle of Mohács in 1526 by Suleiman the Magnificent.

The Ferenczy Múzeumi Centrum has stated that the coin hoard is the most valuable discovered in the Pest County from the late Middle Ages, and plans to continue conducting further research at Újlengye over the next excavation season.