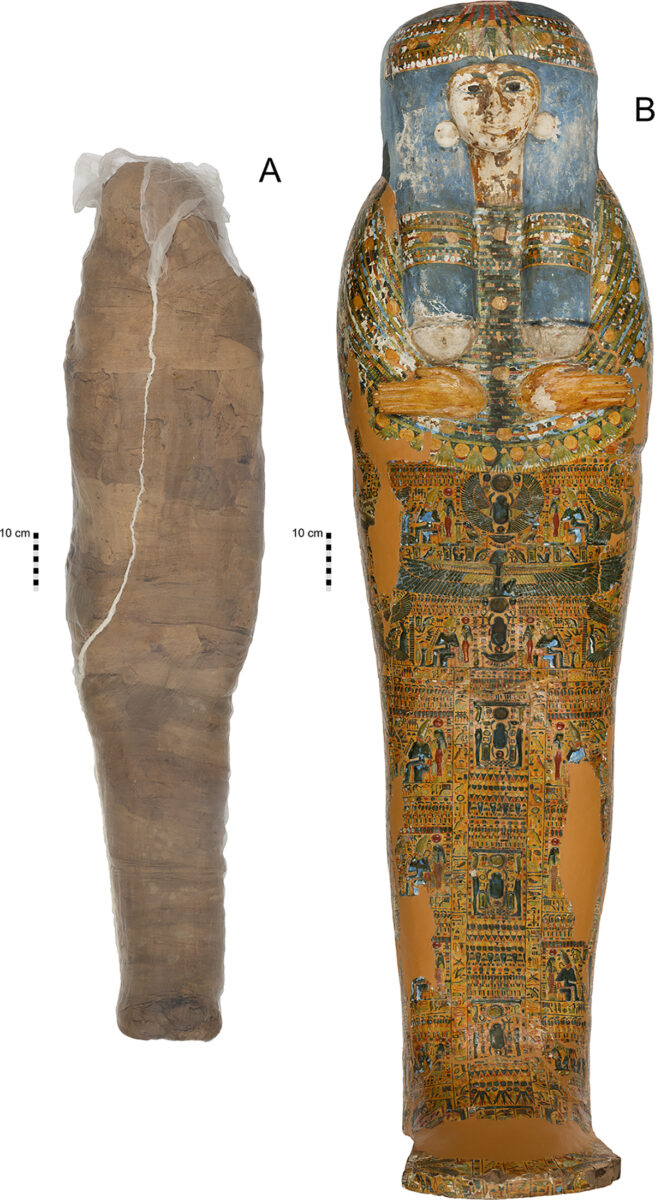 Discovery of a rare mud carapace used on a mummified individual

CT scans of an unnamed mummified adult from Egypt, now in the Chau Chak Wing Museum, University of Sydney (NMR.27.3), reveal it to be fully sheathed in a mud shell or carapace, exposing a mortuary treatment not previously documented in the Egyptian archaeological record. The study was published in the open-access journal PLOS ONE by Karin Sowada from Macquarie University, Sydney, Australia, and colleagues.

As the abstract reads: “The carapace was placed between layers of linen wrappings thus it was not externally visible. Radiocarbon dating of textile samples provide a range of c.1370–1113 cal BC (95.4% probability), with a median date of 1207 cal BC. When assessed against mummification techniques of the era, the individual is placed in the late 19th–20th Dynasty, at the later end of this date range”.

The scientists used a multi-proxy analysis approach, including μ-XRF and Raman spectroscopy of carapace fragments from the head area. The analysis showed that the carapace consists of three layers: a thin base layer of mud, coated with a white calcite-based pigment and a red-painted surface of mixed composition. It is not known whether the whole surface of the carapace was painted red.

As the researchers explain: “The carapace was a form of ancient conservation applied subsequent to post-mortem damage to the body, intended to reconfigure the body and enable continued existence of the deceased in the afterlife. The carapace can also be interpreted as a form of elite emulation imitating resin shells found within the wrappings of royal bodies from this period”.