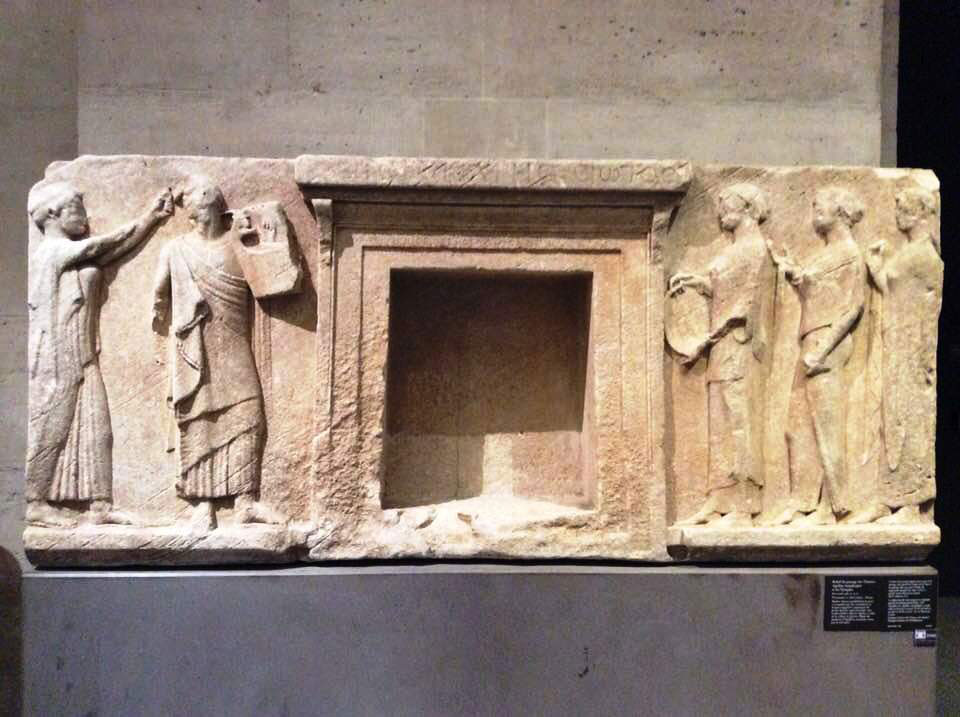 Casts of an important monument in the Thasos Archaeological Museum

From the Passage of the Theoroi

A few days ago the Archaeological Museum of Thasos acquired the casts of three relief marble plaques that adorned a very interesting monument with an exceptional interpretation of the urban topography in the ancient city of Thasos; the so-called Passage of the Theoroi.

As pointed out by director of the Ephorate of Antiquities of Kavala-Thasos Stavroula Dadaki, “in 1864, the three reliefs were found lying in the passage by archaeologist Emmanuel Miller, in the first serious excavation conducted on Thasos. Found with them were inscribed stones bearing the names of noblemen of the island, hence the name θεώριον /theorion given to them. The reliefs were transferred to Paris and have been on display at the Louvre since then.”

“The plaster casts” says Mrs Dadaki “were made in the Plaster Cast Workshop of the Association of National Museums of France (Réunion des Musée Nationaux) and were kept in the storerooms of the Louvre Museum’s department of Greek, Etruscan and Roman antiquities, as part of the Louvre’s movable and cultural private monuments.”

What was the Passage of the Theoroi?

It was a passage of two parallel well-made marble walls, 11 m long, situated in the northeast corner of the ancient market of Thasos, connecting the latter with the slopes of the citadel, where lay the ancient sanctuaries of the Artemision, Dionysion and Posidonion. A marble plaque was incorporated in the centre of one wall with relief figures depicting Apollo holding a cithara being crowned by a female figure on one side and three Nymphs on the other side of a rectangular recess. The second plaque depicted Hermes with a female figure and the three Graces were on the third. They date between 480-475 BC and are important evidence of the sculptural art that had flourished on the island since archaic times.

Action was taken for enriching the permanent exhibition of the Archaeological Museum of Thasos with the casts of these sculptures, beginning in 2011 at the request of the then mayor of Thasos Costas Hadjiemmanuel and on the occasion of the 100 years anniversary of excavations on Thasos by the French School at Athens. These actions continued in subsequent years by the administrations of the municipality of Thasos, the directorates of the Ephorate of Antiquities and always with the cooperation of the French School at Athens.

With funding by the French School at Athens and a marble company based on the island, the plaques were transferred and handed over to the Archaeological Museum to be included in its permanent exhibition, following approval.

If health conditions permit, the French School at Athens and the Ephorate of Antiquities of Kavala-Thasos plan for a series of events this coming summer to honour the occasion.