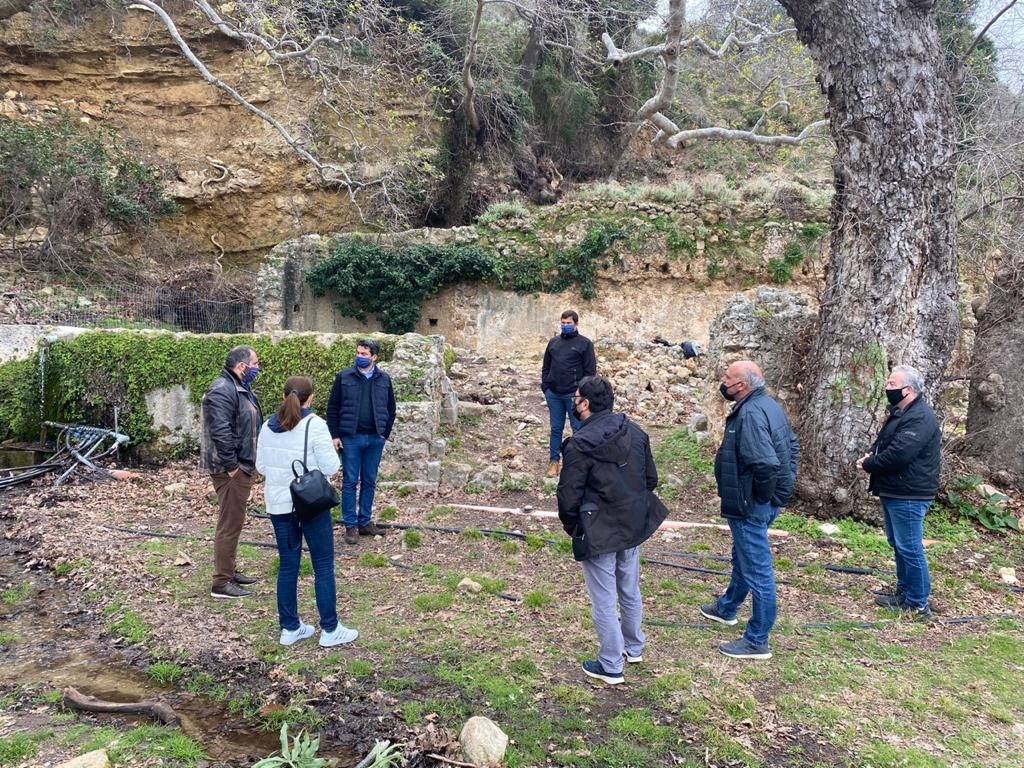 Chania: Upgrading the Venetian Villa in the Perivolia community

It dates from the 16th century

In collaboration with the Municipality of Chania, the Chania Ephorate of Antiquities is upgrading the Venetian Villa complex in the “Boutsounaria” district of the Perivolia municipal community.

An inspection was conducted at the site where works are underway by Head of the Ephorate Eleni Papadopoulou, accompanied by staff from the service and Mayor of Chania Panagiotis Simandirakis with deputy Mayors Tasos Aloglou and George Xanthoudakis.

During the inspection, Ms. Papadopoulou showed the municipality representatives the clearing works that have already begun at the site of the Venetian Villa which dates from the 16th century. The works concern the deforestation and earth removal at the archaeological site, with structural stabilization works being carried out on the monument at the same time as its mapping.

During the inspection, the mayor of Chania referred to the cooperation of the municipality with the Ephorate of Antiquities. Mr. Simandirakis noted: “The Venetian Villa is an important monument in a beautiful natural environment left to its fate for many decades. We are now trying in collaboration with the Archaeological service to upgrade it and make it completely suitable for the public to visit it as a new destination. We are in the final stages of thoroughly mapping the villa, while the crews of the Technical Service of the Chania Municipality and of the Chania Water Company will carry out all necessary additional work for safe access to the site”.

Ms. Papadopoulou added: “In recent years, the presence of the Ephorate has been significant in the Perivolia community, as we have proceeded with works of structural stabilization, landscaping and  the conservation of wall paintings in important churches. Our ultimate goal is, in collaboration with the Municipality of Chania, to compile a comprehensive study and  to be included in a funding programme for the Venetian Villa and for the configuration of the community, for them to constitute a complete historical site as they deserve”.

During the inspection,  deputy Mayor of Chania Tasos Aloglou, referred to the operations recently carried out in the greater area. As he said, ” in addition to the restoration of the archaeological monument, works in “Boutsounaria” will include upgrading the cobbled streets of the Garipa settlement which leads to the Venetian Villa,  as well as the sewage and drainage system”.