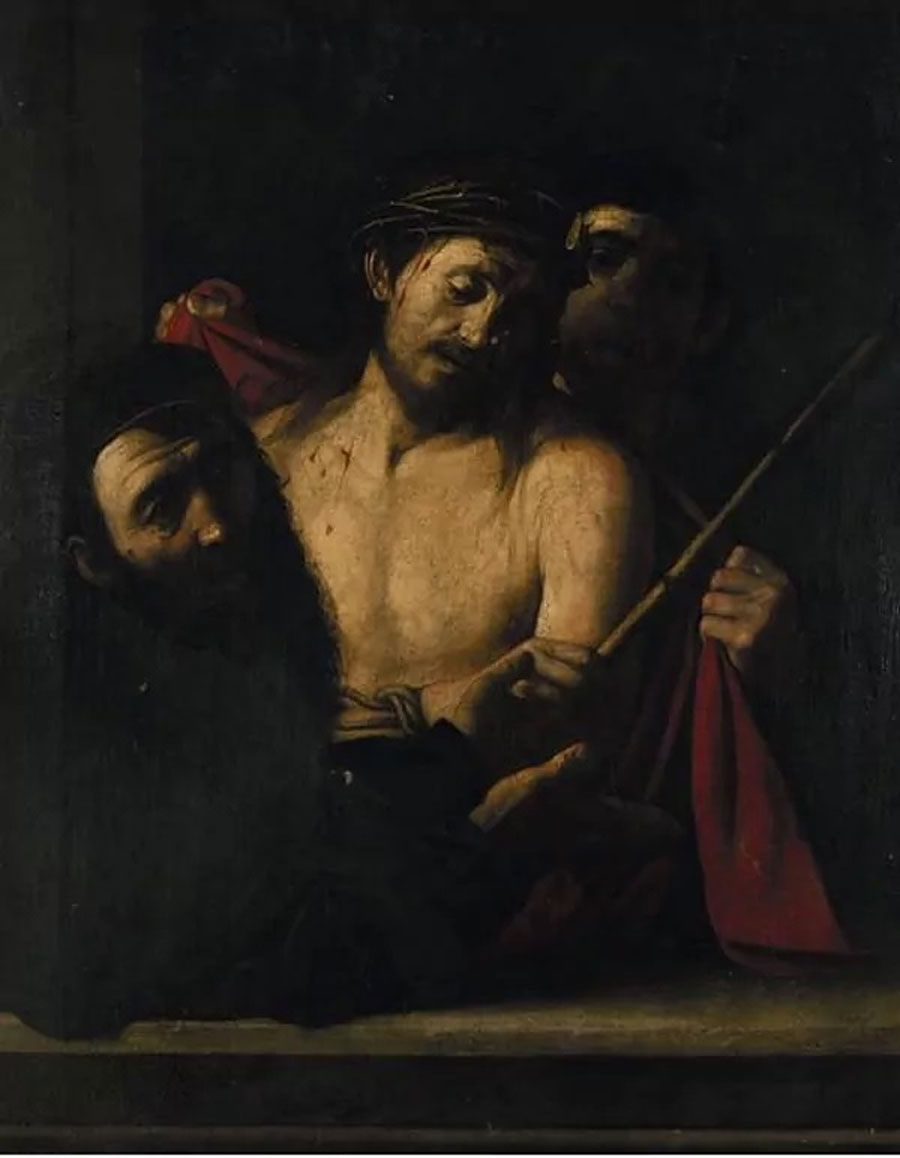 The Spanish government blocked sale of painting attributed to Caravaggio

And forbid its export from the country

The Spanish government recently blocked the sale at auction, of a painting that may be the work of Caravaggio, an oil painting that until now was attributed to his pupil Jose de Rivera and had a starting price of just 1,500 euros.

The Ministry of Culture described the painting to be sold at auction in Madrid, as “non-exportable, because it may be attributed to Caravaggio, the famous Italian Renaissance painter “, Jose Manuel Rodriguez Uribes said on Twitter, posting an article on this case from the El Pais  newspaper.

The painting was withdrawn from the auction, as confirmed by Ansorena auction house which had undertaken its sale. “Several experts are currently studying the work,” it added, confirming that the Ministry of Culture had decided that the painting could not be exported from Spain.

According to Maria Cristina Terzaghi, a professor of art history at the University of Roma Tre, the painting is definitely the work of Caravaggio. “It’s him,” she told the Italian newspaper La Repubblica. ” The crimson of Christ’s cloak is similar to the red used in the cloak of Salome (in the painting” Salome with the head of John the Baptist “) in the Prado , Madrid,” she explained.

According to Terzaghi, the work is strongly reminiscent of those painted by Caravaggio during the first months of his stay in Naples. Thus Pontius Pilate, in the foreground in the painting, is reminiscent of St. Peter, as the artist portrayed him in “The Virgin of the Rosary”, a work now housed in the Kunsthistorisches Museum in Vienna.

It is not the first time that unknown or “lost” paintings by great painters have suddenly reappeared, been found forgotten in a loft or sold for a pittance at auctions, causing a sensation in the art world.

Another Caravaggio, the painting “Judith Beheads Holofernes”, was forgotten in the attic of a house near Toulouse, in southern France. The owners discovered it in April 2014, when they tried to repair a water leak in their home. Beneath the thick layer of dust, an appraiser was able to discern vivid colours, an expressive image, and a play on light and shadow that seemed familiar…. Several months later, expert on the old masters Eric Turken attributed it to Ciaroscuro’s teacher, Caravaggio. Some other experts disputed it, but most consider it to be an authentic Caravaggio and its value was estimated at 120 million euros.

For many years, “Christ mocked” by Cimabue, the great, pre-Renaissance Italian painter, adorned the home of an elderly lady in the Compiègne, north of Paris, hanging in the hallway between her kitchen and living room. The owners thought it was a simple religious picture and were unaware of its value. During a house move it was given an estimate and was discovered to be a rare work by Cimabue, part of a diptych of 1280. It was sold at the end of 2019 for 24 million euros and thus became the most expensive painting by a pre-Renaissance artist in the world.

A woman and two wicker chairs in a garden, a still life with a yellow dog in a corner: these were the two paintings that no one wanted to buy when the “lost and unclaimed” were auctioned at the Turin train station.

The auctioneer was forced to lower the price. Nicolo, a worker at the Fiat car industry and art lover, eventually bought the paintings for just 45,000 lire(about 238 euros) and hung them in his living room. It was the spring of 1975.

For years, Nicolo’s son gazed at them in wonder, until one day he decided to solve the mystery of these “anonymous” works. By chance, while reading the biography of Pierre Bonnard, he recognized “his” garden with the woman, in a photograph of the painter. As for the still life, the carabinieri solved the riddle in 2014: it was a work by Paul Gauguin.

Both paintings were stolen from London in 1970 from wealthy heirs who later died without leaving any descendants. Bonnard was valued at 5 million euros, Gauguin at 35. Italian judicial authorities eventually returned them both to the worker’s family, judging that he had bought them “in good faith”.