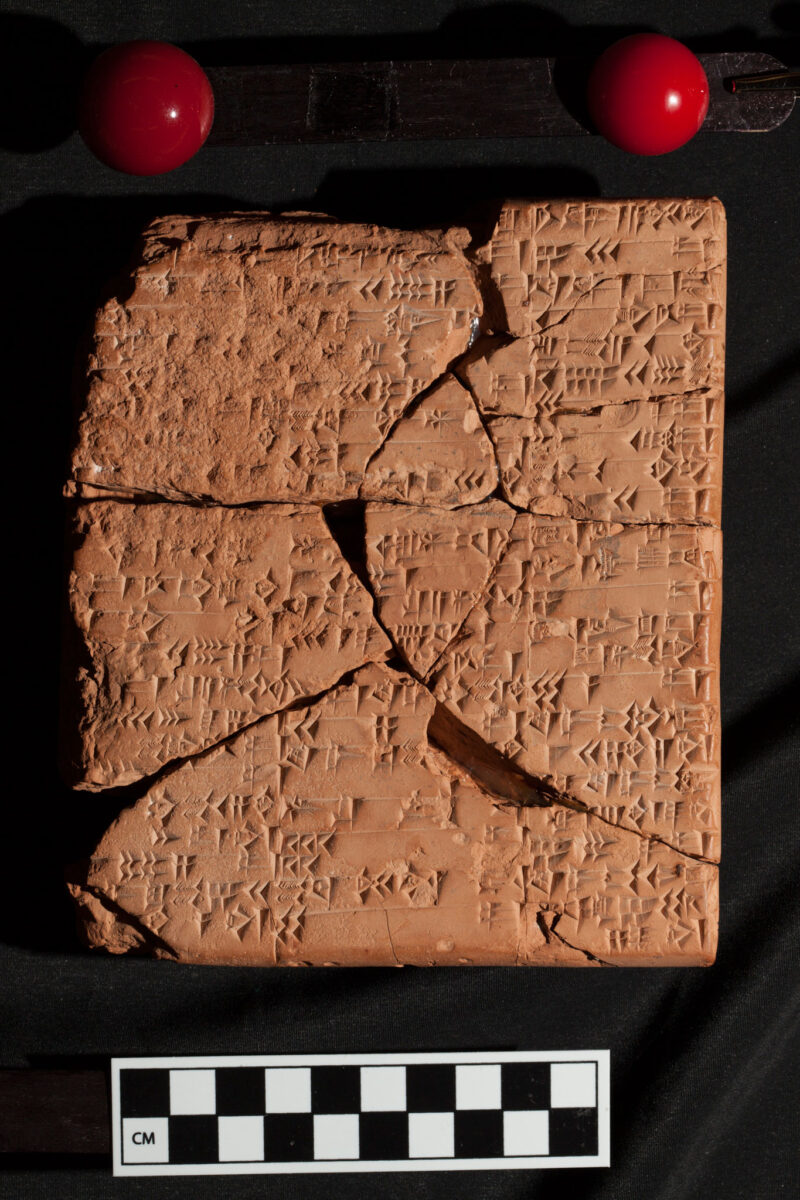 How an object’s origin can facilitate authentic, inclusive storytelling

Passports are a tangible way of showing where one has traveled, as the stamps provide a chronological order that traces an individual’s journey across international borders. When an object’s origins are not readily apparent, a variety of sources can be relied upon to learn more, which might include labels, sales receipts, foreign translations, oral histories, GPS coordinates and itemized personal possessions.

That documentation is an example of provenance, or the origins of an object and where it has traveled throughout history. Sarah Buchanan, an assistant professor in the University of Missouri’s College of Education, is an archivist, a professional who assesses, collects and preserves various artifacts and archives them to better understand their origin and cultural heritage.

With a three-year grant, Buchanan is investigating ways to conduct provenance research more efficiently, inclusively and transparently, both on MU’s campus and abroad. In a recently published study, Buchanan collaborated with Sara Mohr, a doctoral student at Brown University who reads and translates Assyrian, to create an online bibliography and corresponding map of ancient tablets located in universities throughout the United States, including six tablets inside MU’s Ellis Library.

The tablets were written in cuneiform, the first writing system ever used by humans. It was first developed by the ancient Sumerians of Mesopotamia around 3,200 B.C.E in modern-day Iraq. Written on clay tablets, the writing system was used to document things like trade, business and religious activities at ancient temples.

“We identified cuneiform tablets at Brown University that complement the six we have here at Mizzou, and when we look at all of them together, we have a fuller, more compelling story about the societal context of their creation,” Buchanan said. “If we only look at ours, it is like reading a page of a book that is half cut out. Their combination shows how powerful digitizing these artifacts can be, as it allows us to analyze two tablets side by side online that are otherwise thousands of miles apart.”

“Provenance shapes the stories that are told about objects and their owners,” Buchanan said. “Artifacts and archives are a form of our history. They shed light on our cultural heritage that roots us as humans in where we have been and where we are going.”

Museums can use provenance to assess the authenticity of collections on display. In Washington, D.C., officials from the Museum of the Bible accepted donated antiquities, including alleged fragments of the Dead Sea Scrolls— ancient Jewish manuscripts with significant religious ties to the Hebrew Bible and Judaism— that turned out to be fake.

After suspicions that the fragments were created recently, an investigation by independent researchers, which was funded by the museum itself, confirmed in November 2019 that all of the displayed fragments were modern forgeries.

“Unfortunate situations like this show why provenance research is so important, as there is a real accountability issue when artifacts, photographs or artwork are found to be doctored or forged,” Buchanan said. “This work will help give a wider range of artifacts a clearer provenance so that we can be sure when pieces are exhibited in museums, that they truly are what we say they are and can be attributed back to a specific time and place.”

Provenance can also help play a role in repatriation, or the return of a valued item to its place of origin. In 2018, Bowling Green State University announced that ancient mosaics housed in the university’s Wolfe Center for the Arts purchased in good faith with the belief that they were excavated from ancient Antioch had actually been looted in the 1960s from Zeugma and later sold on the black market.

After years of talks between the university and the Turkish government, the 12 mosaics were returned to Turkey, where they are now on display at the Zeugma Mosaic Museum, the largest mosaic museum in the world.

“As archivists, we are tasked with determining how, where and when these historic objects traveled across land and time,” Buchanan said. “Traditionally, institutions tend to display only items that have clear provenance. As we refine our methods of researching provenance, we will be able to narrate a greater number and variety of previously unstudied artifacts and share them with new audiences.”

Because America’s history is closely intertwined with immigration and the oppression of minority groups, provenance research can help archivists tell more complete stories — the good, the bad and the ugly — surrounding artifacts with murky history.

“Provenance can help us confront our history when it comes to topics like war, colonialism and land acknowledgments,” Buchanan said. “By uncovering a greater number of artifacts, we can properly tell more stories so that more cultures are represented, particularly the cultures of traditionally marginalized groups like Native Americans.”

Through conversations with Native American tribes, Buchanan has learned the power of collaboration and civil discourse in facilitating more inclusive storytelling.

“There is always the potential for repatriation,” Buchanan said. “However, we have also learned that several Native American tribes are open to particular artifacts remaining here at Mizzou’s Museum of Anthropology, where climate controls and procedures are in place to properly care for the artifacts.”

In 2018, she supervised graduate students in the program as they inventoried and digitized audio recordings with KOPN, a community radio station in Columbia, Missouri. The recordings cover interviews with political figures such as Angela Davis, and social topics such as the feminist movement in the 1970s. The collection of recordings was recently featured by GBH, the NPR radio affiliate in Boston, and the Library of Congress in March for Women’s History Month.

“This grant will help us get tools into the hands of archivists so we can be more responsive to our communities and make our collections meaningful to their work.” Buchanan said.

As technology has advanced, the value of provenance in documenting ownership of rare items has transferred to the digital world online. Non-fungible tokens, or NFTs, have become increasingly popular and raised more than a few eyebrows in mainstream media. They are digital tokens attached to online items such as videos, photos or artwork that document their authenticity and original ownership, a clear way to show that they have not been altered or faked.

“I am passionate about teaching the next generation of archivists,” Buchanan said. “Studying cuneiform in America is just the tip of the iceberg. The more we learn going forward, the better we can tell stories about a wide variety of items’ origin in a clear and compelling way.”

Editor’s note: “A Bibliography of Cuneiform Tablet Editions in United States Colleges and Universities through 2020” was recently published in the Journal of Open Humanities Data. Funding for the study and Buchanan’s Early Career Development grant was provided by the Institute of Museum and Library Services.  The cuneiform tablets located in Ellis Library can be viewed and read further here.