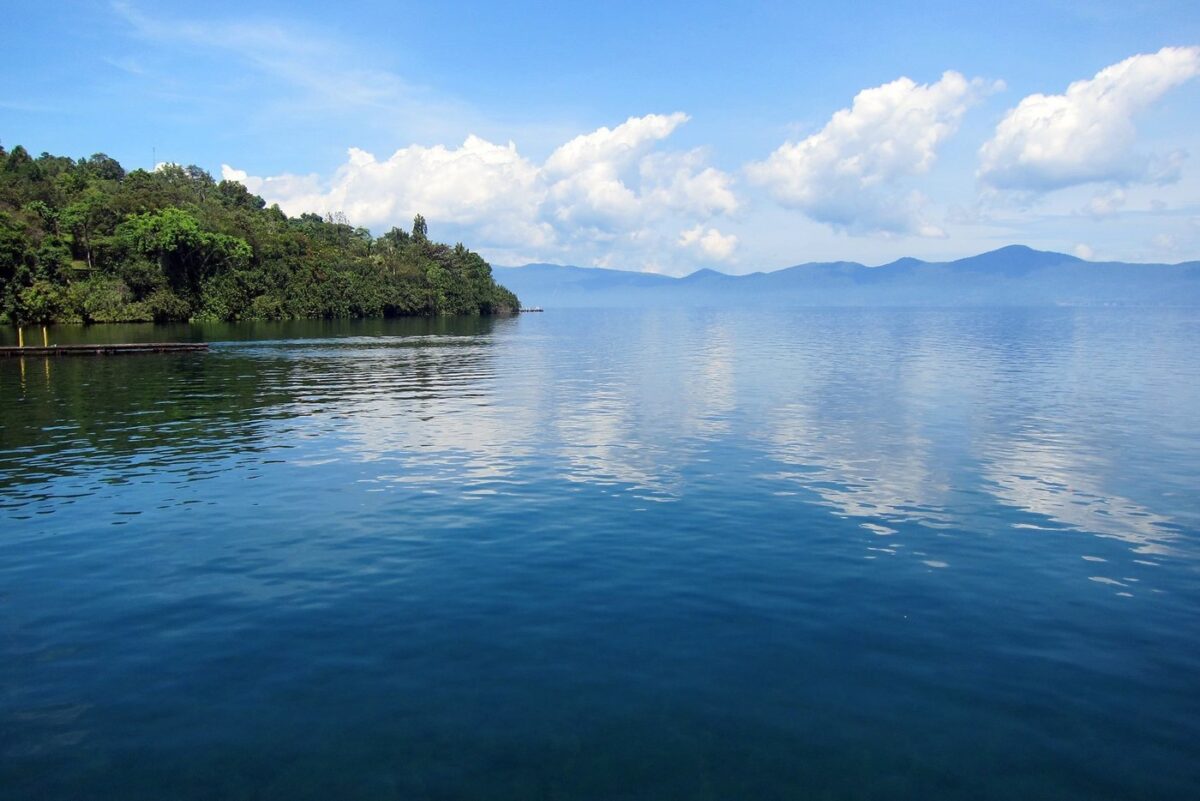 A new study, published now in Nature Ecology and Evolution, draws on pollen records from tropical regions formerly claimed by the Spanish Empire in both the Atlantic and the Pacific, to test the significance and extent of forest regrowth following widespread mortality among Indigenous populations after European contact in the 15th and 16th centuries. By analyzing microscopic pollen grains preserved in lake sediments, scientists are able to build up a picture as to how environments have changed over time.

It is well documented that the arrival of Europeans in the Americas resulted in the spread of diseases including small pox, measles, typhus and cholera to Indigenous populations, many of whom were practicing sedentary agriculture. Archaeological and historical records indicate that this may have wiped out up to 90% of the Indigenous population, making it perhaps the most significant epidemiological disaster ever known. What is less known, however, is the impact of this so-called “Great Dying” on tropical landscapes that had, by this point, been managed by food producers and even urban dwellers for millennia.

Researchers have recently argued in a widely popularized paper that the drastic reduction in Indigenous populations, and the cessation of their land-use in many tropical parts of the Neotropics, led to a dramatic regrowth of forest. So significant was this ecological change, the paper argues, that these new trees captured enough carbon to cause a recognizable dip in global atmospheric CO2 levels. This global atmospheric change is not only implicated in the Little Ice Age that caused lakes to freeze over in Europe, but has also been suggested as a potential start date for the Anthropocene.

Nevertheless, existing assessments of forest regrowth are based on a limited number of environmental records and have been exclusively focused on the Americas. In the new study, the research team, comprised of palaeoecologists, archaeologists and historians, set out to empirically test the proposed link between colonization and forest regrowth by synthesizing and assessing long-term records of tropical vegetation change from across the Americas, as well as the often-overlooked Asian-Pacific domain of the Spanish Empire.

Their analysis paints a much more complex picture of colonial human-environment interactions.

“Though we were expecting a signal of forest regrowth following known Indigenous population decline, clear examples of this process were only seen in about one third of cases in both the Americas and in Pacific Asia. Changes in forest cover were, in fact, diverse,” says Dr. Rebecca Hamilton, lead author of the study.

The team attributes this complexity to the variable influence of climate, humans and geography across space and through time.

“Our results suggest that dense, wet forests and highland forests were less likely to show an afforestation signal following Spanish contact,” continues Hamilton. The authors offer two possibilities for the apparent lack of forest growth. One is that these habitats were maintained by agro-forestry prior to colonization, meaning they had never been cleared of trees to begin with. Another possibility is that these landscapes were more difficult for Europeans to access, leading to the persistence of Indigenous populations well into the Spanish period, as is documented in historical records. By contrast, isolated, water limited ecosystems, particularly in the Pacific, showed clearer signals of forest regrowth.

In some cases, the imposition of European land-use policies, including consolidated settlement and population relocation, plantations and ranching, led to a lack of forest re-growth, or even deforestation.

“Future studies exploring the impact of European colonialism on tropical landscapes need to develop detailed archaeological, historical and palaeoecological insights into how different parts of the tropics and their populations resisted, shaped and were impacted by processes of colonialism from the 15th century onwards,” concludes Hamilton.

The authors’ work has ramifications for the future conservation of tropical ecosystems, which requires a careful consideration of historic land-use, population dynamics, geography, ecology and climate. The study also cautions that perspectives on the Anthropocene that hinge on a single time point may be overly simplistic.

As the project co-lead Dr. Patrick Roberts puts it, “treating the Anthropocene solely as a recent, single ‘spike’ can have the outcome of suggesting that it is the logical product of all humanity.” In fact, he argues, the work of the team and others in the tropics make it clear “that the Anthropocene is a long-term, varied and unequal process in the tropics – something that needs to be highlighted to develop more just, sustainable approaches to these crucial landscapes moving forward.”