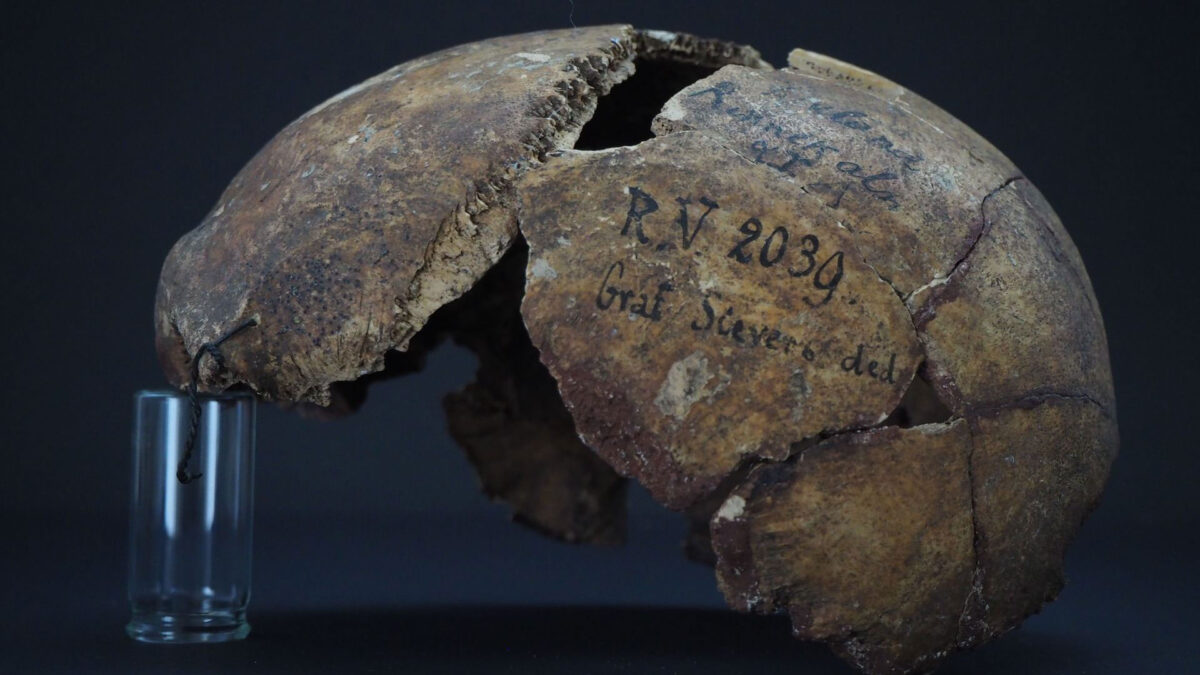 Plague case 5000 years ago in Latvia

No evidence of an epidemic at the time

The plague, which caused a pandemic in the late Middle Ages, leading to an estimated 25 million deaths worldwide known as the “Black Death”, is caused by the bacterium Yersinia pestis (Y. pestis), which occurs especially in rodents and can be transmitted to humans by fleas as well as from person to person. Recent studies have shown that the pathogen already infected humans much earlier, but how exactly it evolved, and when it became dangerous for humans are the subject of current scientific research. A team from Kiel University (CAU), in collaboration with the Centre for Baltic and Scandinavian Archaeology (ZBSA), Schloss Gottorf, and the Institute of Latvian History of the Latvian University of Riga (LVI), has now discovered the genome of the plague pathogen in the remains of a man who lived in what is today Latvia around 5000 years ago. The analyses provide insight into the very early stages of the evolution of Y. pestis. Contrary to what was previously assumed, the results show that the bacteria already infected people at the beginning of the Neolithic Period, but probably had only a limited potential for infection, so that they could not yet spread in epidemic proportions. The team published their results today in the scientific journal Cell Reports.

The researchers examined the remains of four individuals who were all buried in the same place in Riņņukalns, Latvia, around 5000 years ago. “Previously, little was known about the hunter-fisher-gatherers who lived in north-eastern Europe at the time, and about their exposure to infectious diseases,” explained coordinating author Professor Ben Krause-Kyora, biochemist and archaeologist at the Institute of Clinical Molecular Biology (IKMB) at the CAU and member of the Clusters of Excellence “Precision Medicine in Chronic Inflammation” (PMI), “ROOTS – Social, Environmental, and Cultural Connectivity in Past Societies“ as well as in the Collaborative Research Centre 1266 „Scales of Transformation“ (CRC 1266). Using special analysis methods established in Kiel, the team investigated the ancient DNA from the human remains, such as teeth and bones, for bacterial and viral pathogens. They identified parts of the genome of Y. pestis, the plague pathogen, in a male individual.

Since after so many years the DNA in the bones is only present in small pieces, the scientists had to reassemble the genome of the bacterium from the individual fragments. They analyzed the reconstructed genome along with genetic information from more recent plague strains to find out where the Latvian strain comes from, and how and when it evolved. They dated the origin of this pathogen strain to the beginning of the Neolithic Period around 7000 years ago. The strain investigated is thus the earliest to date in the evolution of the plague pathogen. “Our estimate is around 1000 years earlier than previously assumed,” said co-initiator Dr. Harald Lübke, researcher at the Centre for Baltic and Scandinavian Archaeology, Schloss Gottorf, and member of the CRC 1266.

The starting point for the work was the scientific assumption that plague epidemics did already occur during the Neolithic Period. “We were looking for factors that enable pathogens to trigger epidemics in general. We wanted to investigate this in more detail, based on the plague pathogen,” explained Krause-Kyora. “However, contrary to expectations, our data does not support the previous hypothesis of a pneumonic plague pandemic during this period. In contrast, our analyses suggest that this very early form of the plague pathogen was probably less transmissible, and possibly also less virulent, than later strains,” added Krause-Kyora. Rather, the geographical and temporal distribution of the few prehistoric plague cases reported so far suggests individual so-called zoonoses, i.e., infections in which the pathogen was passed directly from animals to humans. The pathogen only later developed the potential to trigger an epidemic or even a global pandemic. “From an archaeological perspective, this finding is important because it suggests that infections with the plague bacterium did not lead to large-scale transformative social or political changes in the Neolithic,” said Professor Johannes Müller, spokesperson of the CRC 1266, the ROOTS Cluster of Excellence, and director of the Institute of Pre- and Protohistory at Kiel University.

“The results contribute also to a better understanding of how zoonoses have arisen and continue to arise, and how this in turn can develop into epidemics and pandemics,” said Professor Stefan Schreiber, spokesperson of the Cluster of Excellence PMI, director of the IKMB and also director of the Department of Internal Medicine I at the University Medical Center Schleswig-Holstein (UKSH), Campus Kiel.

Research into ancient human DNA and old pathogens in general can also provide more information about modern diseases, such as chronic inflammatory diseases. While infections were a major challenge to the human immune system in the past millennia, due to living conditions such as hygiene and nutrition, nowadays it is more common for a dysregulated immune system to cause chronic inflammations. There could very well be an evolutionary link between the two aspects. “We can better understand modern diseases of the immune system and their origins, if we know more about the pathogens that used to be particularly challenging for the human immune system. Therefore, their research has long been an important focus in the Cluster of Excellence PMI,” said Schreiber.