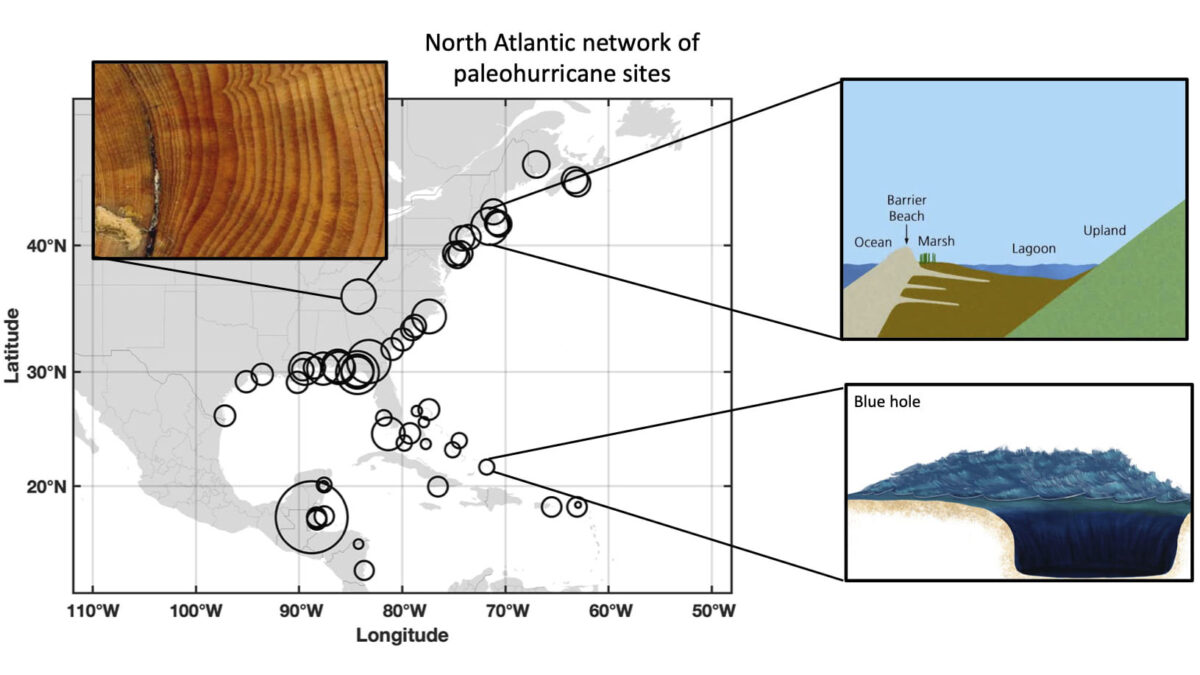 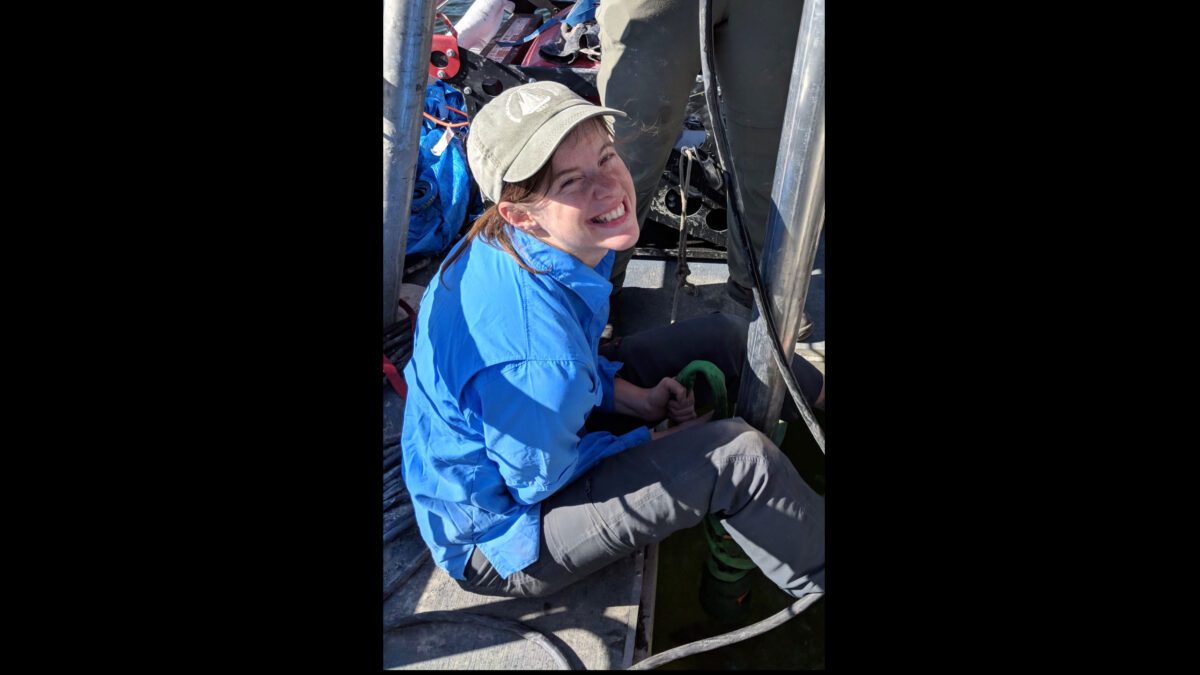 Reconstructing storms of the past

Atlantic hurricanes don’t just come and go. They leave clues to their passage through the landscape that last centuries or more. Rice University scientists are using these natural archives to find signs of storms hundreds of years before satellites allowed us to watch them in real time.

Postdoctoral fellow Elizabeth Wallace, a paleotempestologist who joined the lab of Rice climate scientist Sylvia Dee this year, is building upon techniques that reveal the frequency of hurricanes in the Atlantic basin over millennia.

Paleoclimate hurricane data (or ‘proxy’ data) is found in archives like tree rings that retain signs of short-term flooding, sediments in blue holes (marine caverns) and coastal ponds that preserve evidence of sand washed inland by storm surges. These natural archives give researchers a rough idea of when and where hurricanes have come ashore.

In a new paper in Geophysical Research Letters, Wallace, Dee and co-author Kerry Emanuel, a climate scientist at the Massachusetts Institute of Technology, take hundreds of thousands of “synthetic” storms spun up from global climate model simulations of the past 1,000 years and examine whether or not they are captured by the vast network of Atlantic paleohurricane proxies.

Reconstructing the past will help scientists understand the ebb and flow of Atlantic hurricanes over time. Previous studies by Wallace and others have demonstrated that a single site capturing past storms cannot be used to reconstruct hurricane climate changes; however, a network of proxies might help refine models of how these storms are likely to be affected by climate change going forward.

“These paleo hurricane proxies allow us to reconstruct storms into the past, and we’re using them  to figure out how basin-wide storm activity has changed,” said Wallace, a Virginia native who earned her doctorate at MIT and the Woods Hole Oceanographic Institution last year and connected with Dee when the professor spoke there in 2017.

“If I have a sediment core from Florida, it’s only capturing storms that hit Florida,” she said. “I wanted to see if we can use the full collection of records collected from the Bahamas, the East Coast and the Gulf of Mexico over the past few decades to accurately reconstruct basin-wide storm activity over the last few centuries.”

The synthetic storms they built helped illustrate what Wallace already knew: There’s a bias toward the Caribbean and Gulf of Mexico, and a need for more proxies along the east coasts of North and Central America. The Rice team’s quest going forward will be to refine their climate simulations and add more sites to the networks to better reconstruct past hurricane activity.

“In particular, there aren’t really any sites from the Southeast U.S., places like the Carolinas,” she said. “One of the goals of this work is to highlight where scientists should go to core next.”

Wallace has first-hand experience drilling cores. “During a storm event, you get high winds and waves that take the sand from the beach and essentially just throw it back into a coastal pond,” she said. “Only during storm events do these sand layers get deposited in the pond, and in the sediment cores you can see them interspersed with the fine mud that’s typically there. We can date these sand layers and know when a hurricane struck the site.”

She noted there has not yet been an “intensive” effort to compare sediment and tree ring records. “The tree record is still an uncertain proxy,” Wallace said. “We’re looking for tree ring records with rainfall signatures that correspond to storms going over the past 200 or 300 years that match the sediment records for that same interval.”

Dee said the work is fundamentally different from the paleoclimate models she most often studies. “Here we’re taking climate models and generating hundreds of pseudo-tropical storms,” she said. “We’re ‘playing Gaia’ by making a plausible version of reality and combining it with our knowledge of available proxy sites.

“This tells us how many records from how many places we realistically need to capture a climate signal,” Dee said. “It’s really expensive to go out and drill cores, and this helps give us a way to prioritize where to drill.

“This research is crucial as we accelerate into a climate mean state with ever-warmer Atlantic Ocean temperatures,” she said. “Understanding how these storms have evolved over time provides a baseline against which to evaluate tropical cyclones with and without human impacts on the climate system.”

A Pan Postdoctoral Research Fellowship and Rice Academy Fellowship to Wallace and a Gulf Research Program grant to Dee supported the study. Dee is an assistant professor of Earth, environmental and planetary sciences. Emanuel is the Cecil & Ida Green Professor of Atmospheric Science and co-director of the Lorenz Center at MIT.