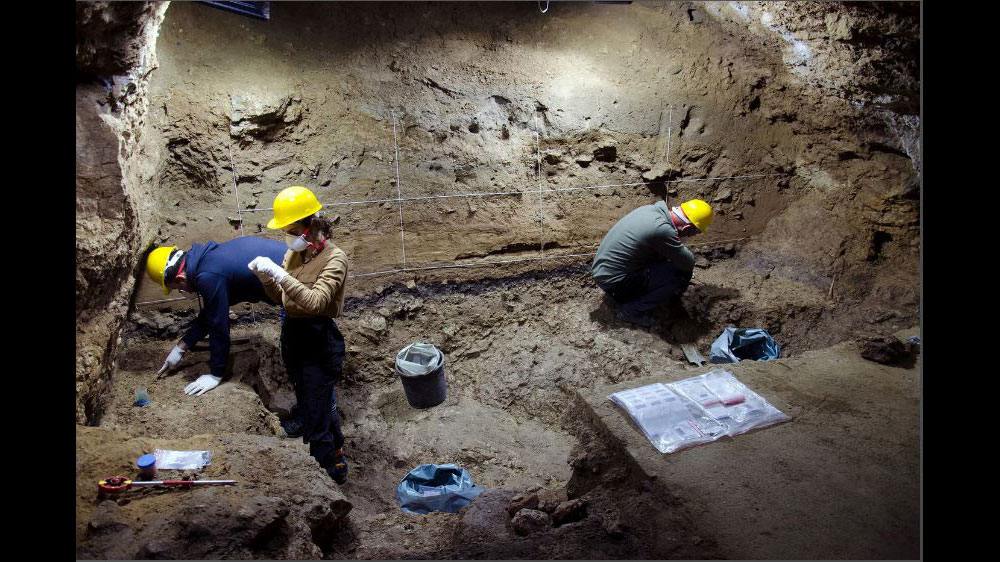 New insights into the climatic backdrop for an early wave of dispersal of our species into Europe during the last glacial period.

The process how our species dispersed into new environments at that time represents an important evolutionary turning point that ultimately led to Homo sapiens populating all continents and a large diversity of climate zones and environments. The mechanisms that facilitated initial waves of expansion remain debated, but a majority of models based on the correlation of archaeological sites with spatially distant climatic archives has so far indicated that human groups relied on warmer climatic conditions to spread into new, more northern, environments.

Using evidence directly from the archaeological layers of Bacho Kiro Cave the Max Planck team was now able to show that humans have been enduring very cold climatic conditions, similar to the ones typical for present-day northern Scandinavia, for several thousand years. “Our evidence shows that these human groups were more flexible with regard to the environments they used and more adaptable to different climatic conditions than previously thought”, says lead author Sarah Pederzani, a researcher at the Max Planck Institute for Evolutionary Anthropology and the University of Aberdeen. Jean-Jacques Hublin, director of the Department of Human Evolution at the Max Planck Institute, adds: “Using these new insights, new models of the spread of our species across Eurasia will now need to be constructed, taking into account their higher degree of climatic flexibility.”

By directly using archaeological materials, such as the remains of herbivores butchered by humans, to generate climatic data the palaeoclimate research team – led by Pederzani and Kate Britton, also a researcher at Max Planck Institute for Evolutionary Anthropology and the University of Aberdeen – was able to establish a very robust record of local climatic conditions that specifically relates to the times when humans were inhabiting Bacho Kiro Cave.

“This technique enables a more confident assignment of local climatic context compared to the more commonly used chronological correlation between archaeological data and climatic archives from different localities that formed the basis of much of the existing research on human climatic adaptability – it really gives us insight into what life was like ‘on the ground'”, says Britton. “However, due to the time consuming nature of the analysis and the reliance on the availability of particular animal remains, oxygen isotope studies or other ways of generating climatic data directly from archaeological sites remain scarce for the time period when Homo sapiens first spread across Eurasia”, adds Pederzani. Indeed, this Max Planck study is the first study conducted in the context of the Initial Upper Palaeolithic and could therefore yield such surprising results.

Highly resolved record of past temperatures spanning more than 7,000 years

Pederzani spent one year conducting lab work from drilling series of small samples from the animal teeth through wet chemistry preparation and stable isotope ratio mass spectrometry to obtain all the necessary data. “Through this time intensive analysis that included a total of 179 samples, it was possible to obtain a very highly resolved record of past temperatures, including summer, winter and mean annual temperature estimates for human occupations spanning more than 7,000 years”, says Pederzani.

Renewed excavations at Bacho Kiro Cave conducted by an international team led by Max Planck researchers Jean-Jacques Hublin, Tsenka Tsanova and Shannon McPherron, and Nikolay Sirakov of the National Institute of Archaeology with Museum at the Bulgarian Academy of Sciences in Sofia, Bulgaria, started in 2015 and have yielded a rich archaeological record of human activity at the cave including the remnants of occupations that represent the earliest known occurrence of Upper Palaeolithic Homo sapiens in Europe. Deposits in the lower portion of the site contained a large number of animal bones, stone tools, pendants and even human fossils and formed the basis of the climatic study to investigate the environmental conditions that humans experienced when they first spread into Southeast Europe from the Levant.