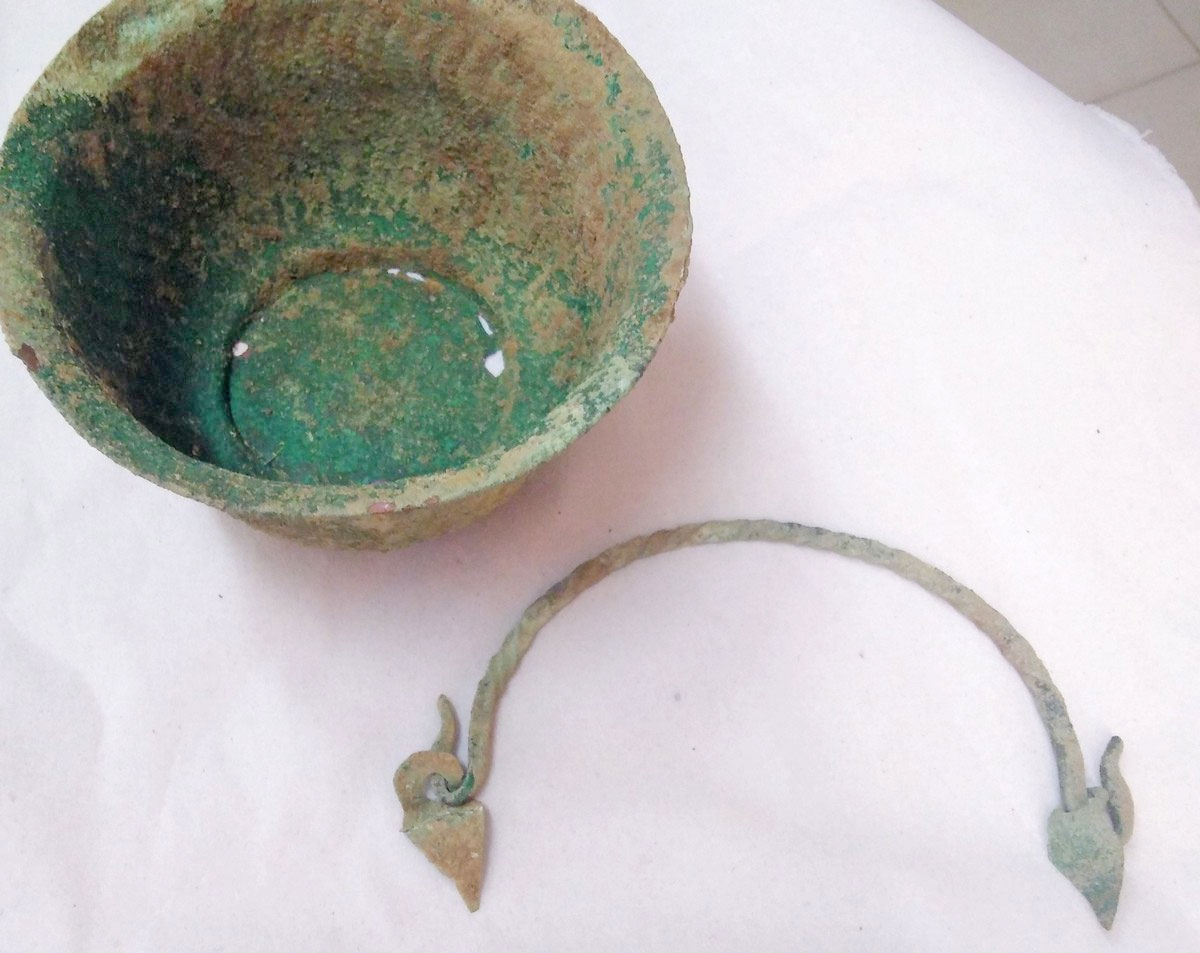 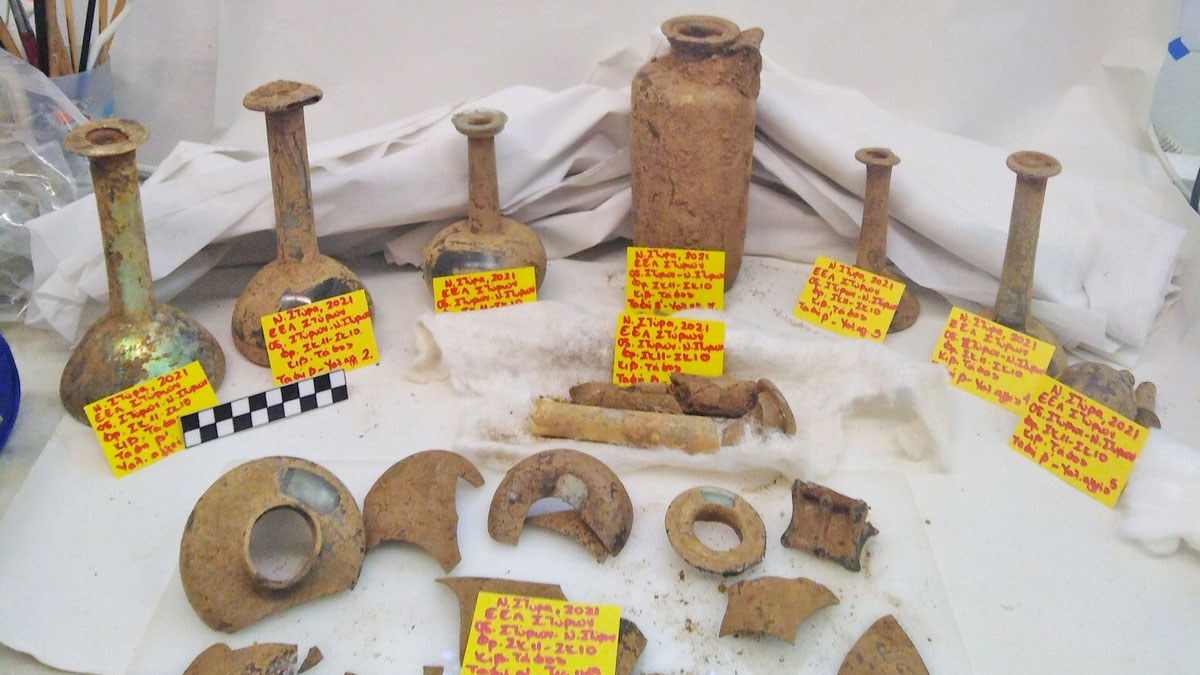 It was made of local grey slate

A cist grave was located while carrying out the works of “Sewage and Wastewater Treatment in the villages/hamlets of Nea Styra in the Municipality of Karystos, Euboea”, being conducted  on an ex post basis with the method of archaeological self-regulation by the Euboea Ephorate of Antiquities as part of the “Antonis Tritsis” programme (a transfer from the PHILODIMOS I Programme). The  grave had been partially disturbed by previous works at a depth of 0.65 m from today’s road deck.

The grave was made of local grey slate. Preserved in situ was part of the grave cover, the long slabs from the grave’s south side and from the side of the trench. The slabs of the other sides as well as a piece of the cover had been moved by previous excavation works. The external dimensions of the tomb were 2m (A-D) x 0.45m (B-N), in a pit carved into the soft natural slate. Inside, three burials in successive layers (a, b and c) were discovered and examined, as was one recovery of human remains.

Burial a, located at a depth of 1.10m from today’s road deck, had an East-West orientation. The deceased was placed in a supine position, his left arm slightly bent at the elbow and the maximum surviving length was 1.35m. North of the deceased’s skull, part of a glass vessel was found as well as a small amount of pottery.

After the removal of the bones of Burial a, bones of a second burial (Burial b) were located, with an east-west orientation. The deceased was placed in a supine position at a depth of 1.20m and south of the jawbone a bronze coin or “charoneion” was found and a second bronze coin. The following items were found lying west of the lower limbs: a bronze vessel (kalathos), a bronze tray with perforated holes on its perimeter and six glass conical and spherical vessels. After the bones of Burial b were removed, a third burial was also located. Similarly, the deceased had been placed in a supine position, oriented in an east- west direction.

Near the burial’s west boundary bones from the pelvis and lower limbs were found, evidence of a recovery of human remains having been conducted inside the grave. The existence of bones outside the tomb to the south, under today’s road deck, necessitated the widening of the trench to establish the possible existence of a second grave. None was found and the bones were obviously associated with the remains recovery.

The grave slabs were placed on the road’s slope, next to the Sarcophagus which had been found earlier during the construction of the provincial Karystos-Lepoura road.

The movable finds of the grave have been transferred to the Conservation Department of the Archaeological Museum of Eretria to preserve and document their dating. Since the five glass perfume jars have been saved intact and form a unit from which interesting data on their typology and use can be collected, the Euboea Ephorate of Antiquities is already planning their exhibition at the Archaeological Museum of Karystos, where there is a small section of perfume jars from the Roman Necropolis of Karystos (Xanemos site). For the exhibition and extraction of important information regarding the processing of bronze and the creation of high quality vessels, the bronze kalathos is also being displayed, with its embossed body and tendril shaped handle, at the ends of which are attached two thin bronze leaves realistically depicting ones of ivy.

In conclusion, based on both the above excavation findings and those from the excavation by the Service inside the hamlet of Nea Styra with the discovery of a very important Early Cycladic cemetery, the socio-economic and cultural presence of Styron has been confirmed to be directly related with Karystos, with which they are neighbors. Moreover, the mining, treatment and marketing of Styria stone, or Karystia stone, otherwise of cipollino/onion stone marble and in recent history of slate slabs from the quarries of Styra and Karystos, were to chart a common course and history for both Styra and Karystos, at the southern tip of Euboea, land of the Avantes.