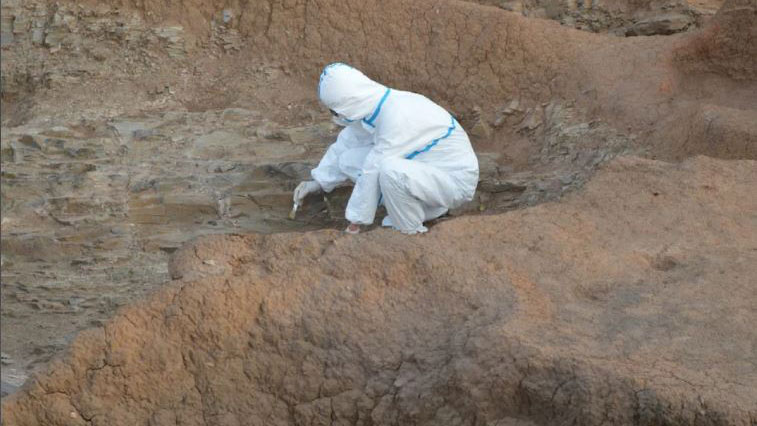 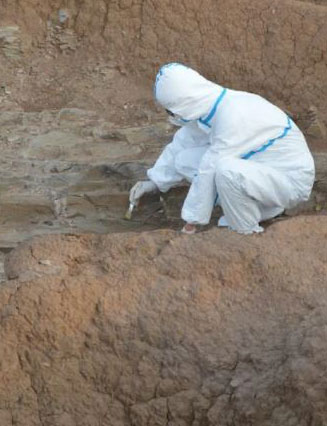 The spread of Transeurasian languages was due to agriculture

A new study in the journal Nature traces the common ancestry and primary dispersals of Transeurasian languages back to the first farmers moving across Northeast Asia in the Early Neolithic.

By triangulating data from linguistics, archaeology and genetics, a new study by an international team of researchers proposes a “Farming Hypothesis” for the spread of Transeurasian languages, tracing the origins of Japonic, Koreanic, Tungusic, Mongolic and Turkic to the movements of Neolithic millet farmers from the region of the West Liao River.

The origin and early dispersal of Transeurasian languages, including, among others, Japonic, Koreanic, Tungusic, Mongolic and Turkic, is among the most disputed issues of Asian prehistory. Although many of the commonalities between these languages are due to borrowing, recent studies have shown a reliable core of evidence supporting the classification of Transeurasian as a genealogical group, or a group of languages that emerged from a common ancestor.  Accepting the ancestral relatedness of these languages and cultures, however, raises questions about when and where the earliest speakers lived, how descendant cultures sustained themselves and interacted with one another, and the routes of their dispersals throughout the millennia.

A new paper published in the journal Nature by an international team that includes researchers from Asia, Europe, New Zealand, Russia and the Unites States provides interdisciplinary support for the farming “Farming Hypothesis” of language dispersal, tracing the Transeurasian languages back to the first farmers moving across Northeast Asia beginning in the Early Neolithic. Using newly sequenced genomes, an extensive archaeological database, and a new dataset of vocabulary concepts for 98 languages, they triangulate the time-depth, location and dispersal routes of ancestral Transeurasian speech communities.

The evidence from linguistic, archeological and genetic sources indicates that the origins of the Transeurasian languages can be traced back to the beginning of millet cultivation and the early Amur gene pool in the region of the West Liao River. During the Late Neolithic, millet farmers with Amur-related genes spread into contiguous regions across Northeast Asia. In the millennia that followed, speakers of the daughter branches of Proto-Transeurasian admixed with Yellow River, western Eurasian and Jomon populations, adding rice agriculture, western Eurasian crops and pastoralist lifeways to the Transeurasian package.

“Taken by itself, a single discipline alone cannot conclusively resolve the big questions surrounding language dispersal, but taken together the three disciplines increase the credibility and validity of this scenario,” says Martine Robbeets, lead author of the study and leader of the Archaeolinguistic Research Group at the Max Planck Institute for the Science of Human History. “By aligning the evidence offered by the three disciplines, we gained a more balanced and richer understanding of Transeurasian migration than each of the three disciplines could provide us with individually.”

The linguistic evidence used to triangulate the results came from a new dataset of more than 3,000 cognate sets representing over 250 concepts in nearly 100 Transeurasian languages.  From this, researchers were able to construct a phylogenetic tree which shows the roots of the Proto-Transeurasian family reaching back 9,181 years before the present to millet farmers living in the region of the West Liao River. A small core of inherited words related to land cultivation, millets and millet agriculture and other signs of a sedentary lifestyle further support the Farming Hypothesis.

The team’s archaeological results also highlight the West Liao River basin, where communities started farming broomcorn millet roughly 9,000 years ago. Bayesian analysis of an archaeological database of 255 Neolithic and Bronze Age sites, including 269 directly carbon-dated cereals, showed a cluster of related Neolithic cultures in the West Liao basin, from which two branches of millet-farming cultures separate: a Korean Chulmun branch and a branch of cultures covering the Amur, Primorye and Liadong.

Analysis further paired sites in the West Liao area with Mumun sites in Korea and Yayoi sites in Japan, showing the addition of rice and wheat to the agricultural package in Liadong and Shangdong. Rice and wheat agriculture then spread further to the Korean Peninsula in the Early Bronze Age and from there to Japan around 3,000 years ago.

The new study also reports the first collection of ancient genomes from Korea, the Ryukyu Islands and early cereal farmers in Japan. Combining their results with previously published genomes from East Asia, the team identified a common genetic component called “Amur-like ancestry” among all speakers of Transeurasian languages. They were also able to confirm that the Bronze Age Yayoi period in Japan saw a massive migration from the continent at the same time as the arrival of farming.

Taken together, the study’s results show that, although masked by millennia of extensive cultural interaction, Transeurasian languages share a common ancestry and that the early spread of Transeurasian speakers was driven by agriculture.

“Accepting that the roots of one’s language – and to an extent one’s culture – lie beyond present national boundaries can require a kind of reorientation of identity, and this is not always an easy step for people to take,” says Robbeets. “But the science of human history shows us that the history of all languages, cultures, and peoples is one of extended interaction and mixture.”

The current study shows how the triangulation of linguistic, archaeological and genetic methods can increase the credibility and validity of a hypothesis, but the authors are quick to recognize the need for further research. More ancient DNA, more etymological research and more archaeobotanical research will further deepen our understanding of human migrations in Neolithic Northeast Asia and untangle the influence of later population movements, of which many were pastoralist in nature.

“There was far more to the creation of the Transeurasian language family, as an ultimate whole, than just one primary Neolithic pulse of migration,” says Mark Hudson, an archaeologist in the Archaeolinguistic Research Group. “There is still so much to learn.”