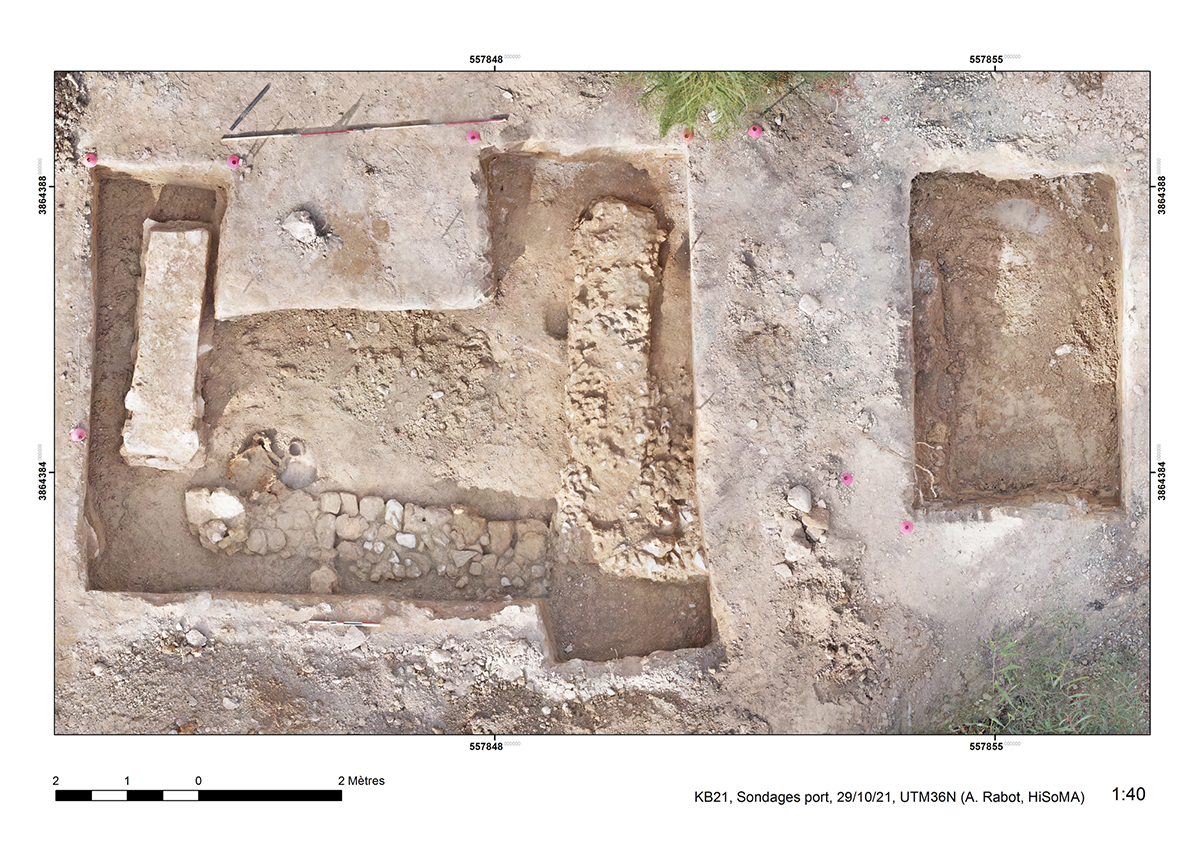 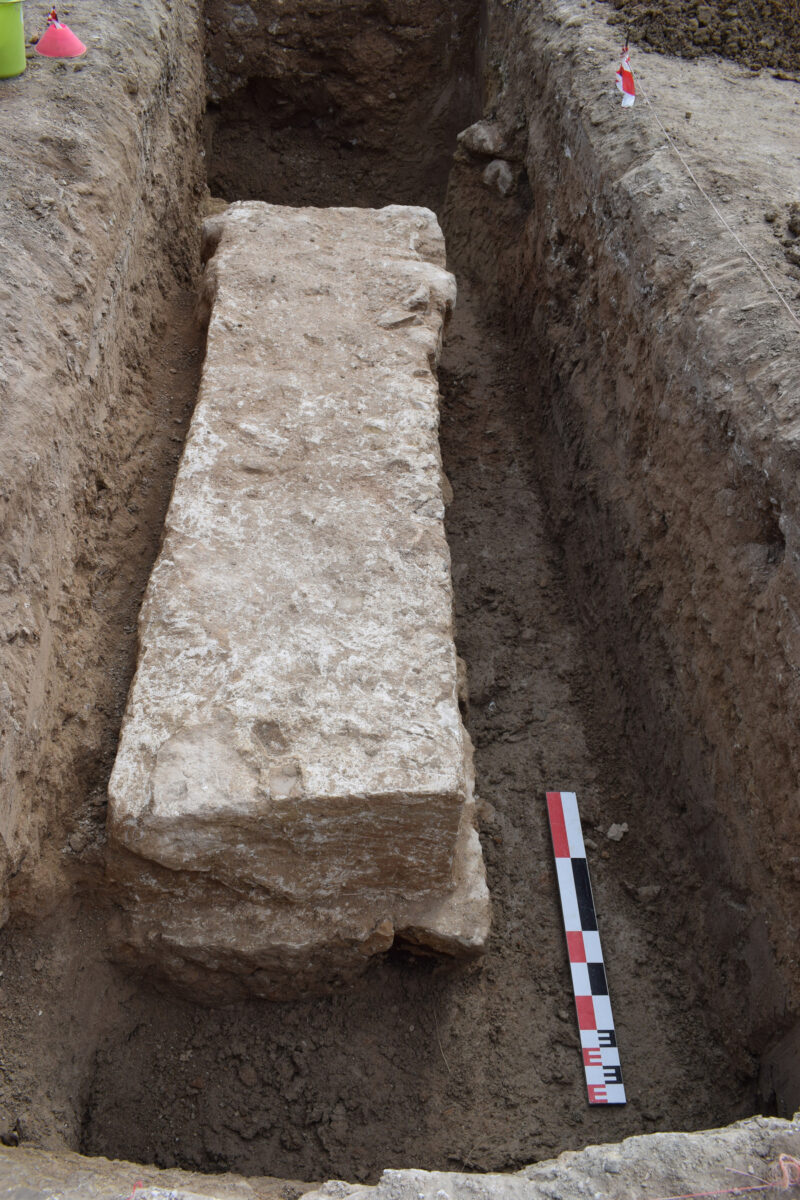 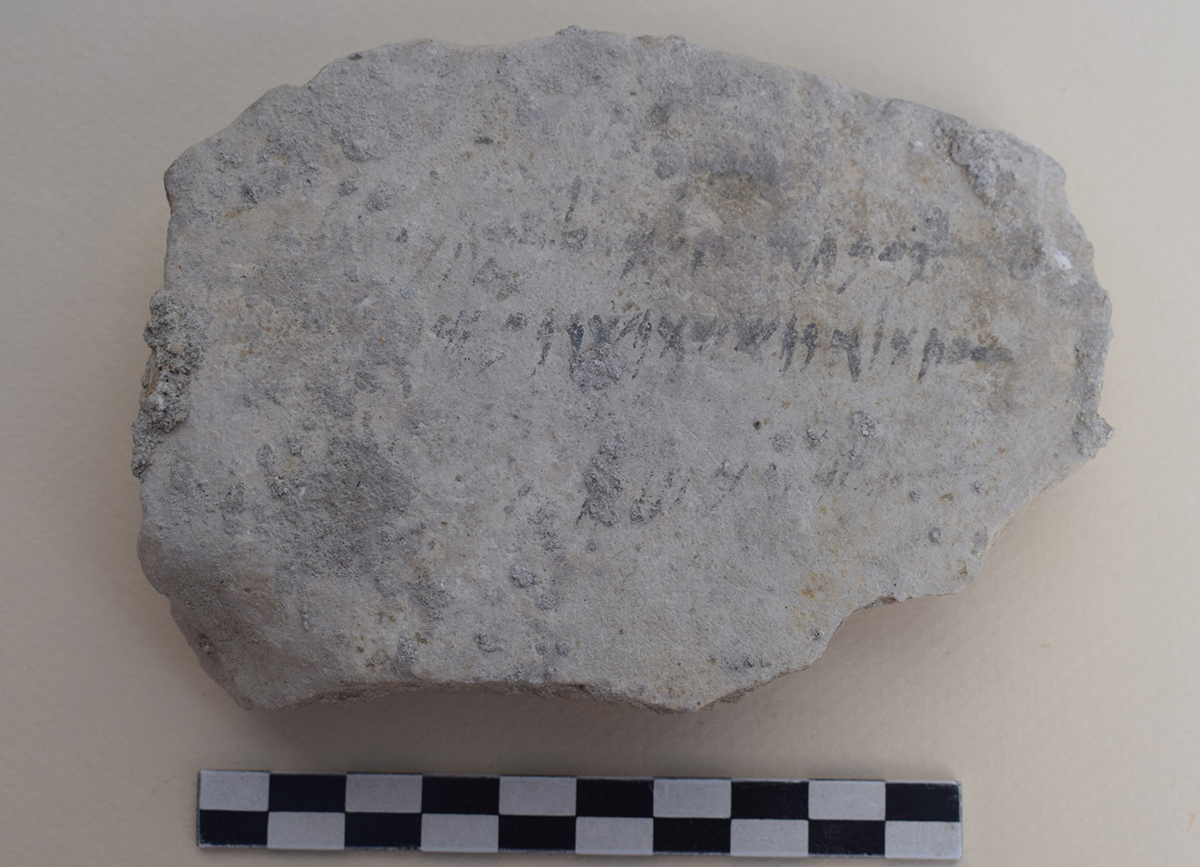 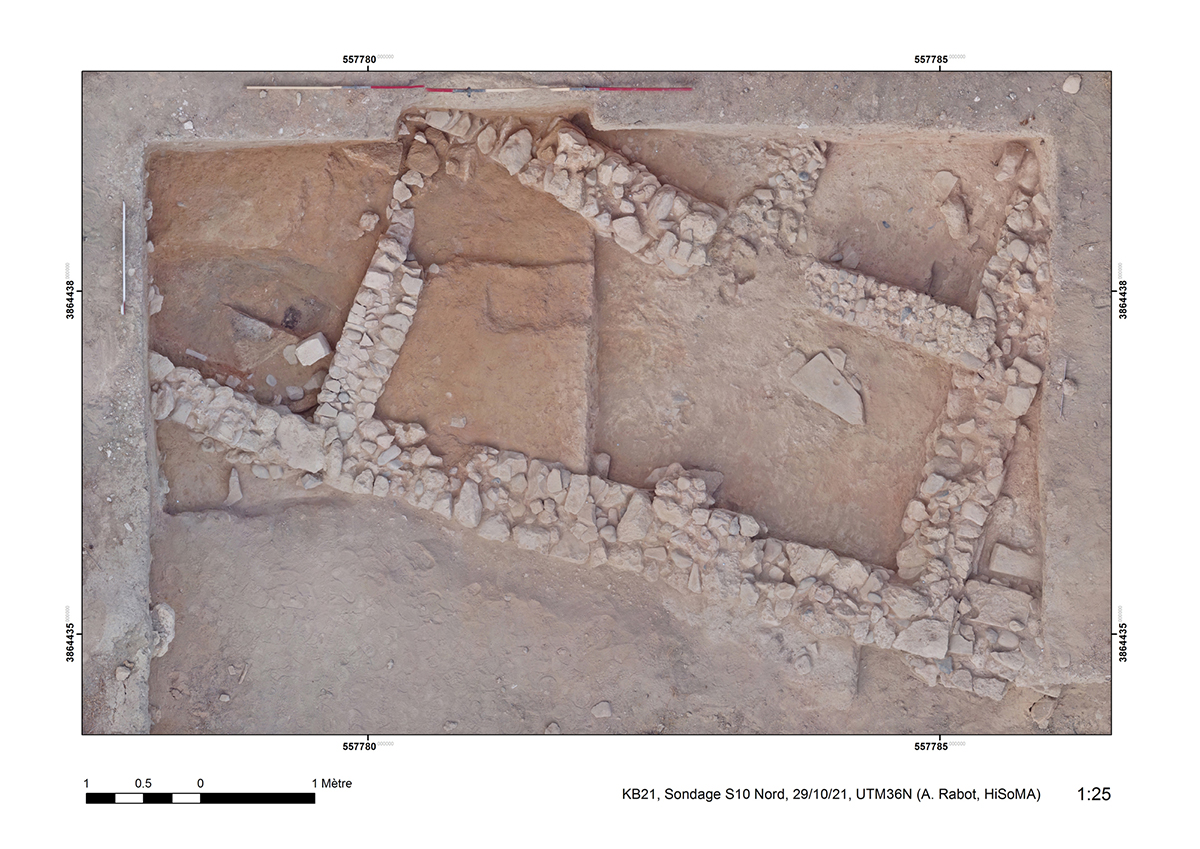 Conducted by the French Archaeological Mission

The Department of Antiquities, of the Ministry of Transport, Communications and Works has announced the completion of the 2021 archaeological excavations of the French Archaeological Mission at ancient Kition (Larnaka-Pampoula). The French archaeological mission, under the direction of Dr. Sabinne Fourrier (MEAE-CNRS-Lyon2 University), undertook a 4 week-campaign in October 2021. The objectives were threefold: firstly, to complete the excavation of the neoria, which had been exposed during previous fieldwork (1984-1999). The completion of this excavation had been delayed for years due to the presence of modern tennis courts on part of the archaeological site; secondly to pursue the exploration of the stratigraphy of the site down to Archaic and Geometric levels in Trench 11 and thirdly, to further expose levels of the ‘transitional period’ (12th˗11th c. BC) in Trench 10.

The excavation of the neoria of Kition was completed thanks to the moving of the tennis courts. Two main questions oriented the research: 1) the limits and shape of the harbour basin; 2) the possible extension of the ship-sheds towards the East.

Two trenches in the northern and eastern parts of the site (under the former tennis courts) proved that the basin extended over the whole area of the modern archaeological site. The “closed harbour” mentioned by Strabo was a naturally protected basin, which was accessed by the North, and not by the East, and was linked to the Kathari bay, further North. Coming from the North, triremes could be handled more easily than previously thought, in order to be hauled stern first on the ramps of the ship-sheds.

Εxcavation to the East of the ship-sheds building revealed at least one additional ramp (fig. 1), evidenced by a pillar base. This base is constructed of a huge limestone block resting on a strong massif of blocks (fig. 2). To the East extends a sandstone wall, which connects with another base-like structure, probably functioning as part of a closing wall of the building. Further East, only debris from modern backfill was removed, down to the water-table.

As a result of excavations at the site, a building may thus be reconstructed comprised of 7 parallel rows of ramps, open on the harbour basin to the North, delimited by terracing walls on its western and southern sides and by a wall made of a succession of bases and supporting pillars on its eastern side.

Exploration of the Iron Age stratigraphy in this trench reached Classical levels. Architectural features are poorly preserved, but a pit was excavated, which was filled with Phoenician ostraca (inscribed material). This concentration of administrative documents proves the existence in the vicinity of a scribal office, linked to the royal administration. The variety of inscribed materials is striking: pottery sherds, limestone and gypsum plaques (fig. 3), and even pebbles.

The settlement dating to the ‘transitional period’ (12th˗11th c. BC) was further exposed to the North (fig. 4). Part of a very well-preserved house was uncovered, with a succession of floor-levels (chalky floors resting on a layer of small pebbles), with a hearth and a possible artisanal installation.