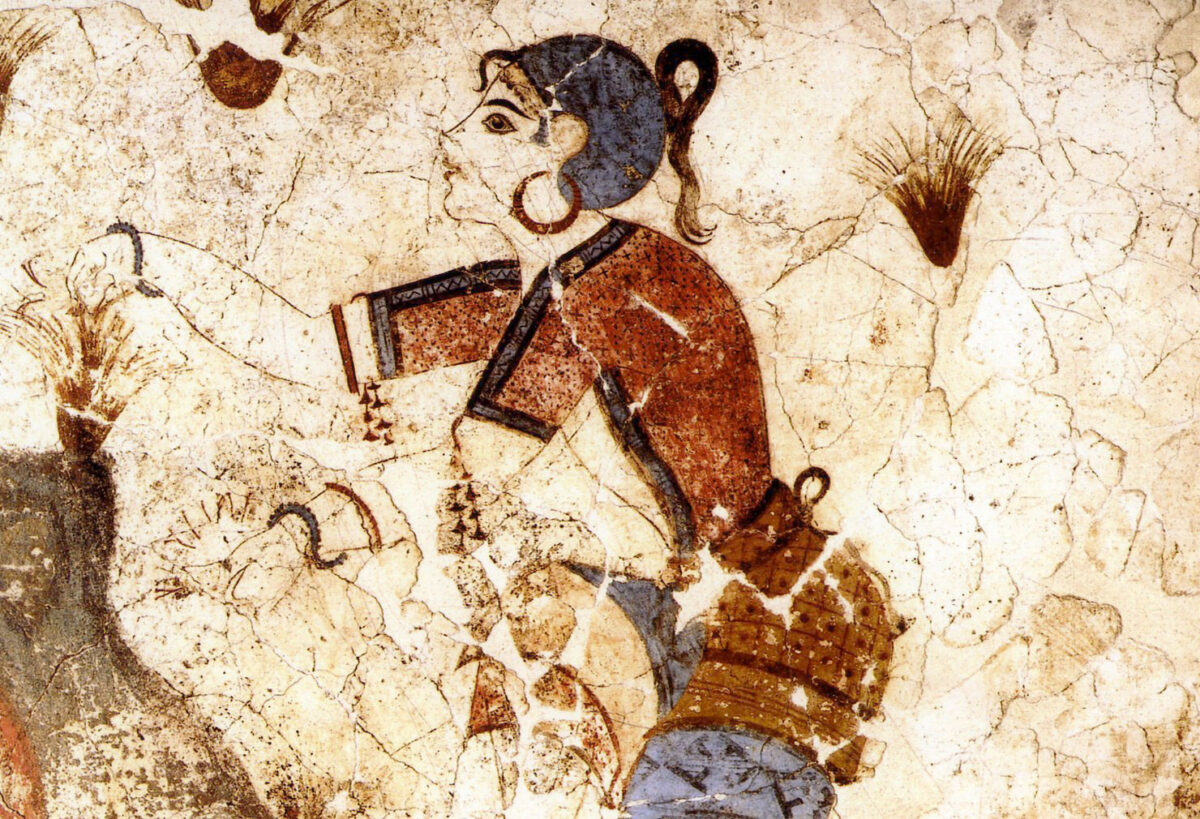 This is supported by German scientists

The crocus or saffron, the most costly spice in the world, made its appearance and was domesticated and cultivated for the first time in the region of Greece during the Bronze Age. This is the conclusion reached by a new German scientific study which seems to give a definitive answer to the question of the crocus plant’s origin, since many countries have claimed it to date.

Saffron is extracted from the flowers of the crocus plant (Crocus sativus), which has been cultivated for thousands of years in the Mediterranean region, from where it has spread to many other places, without being certain of where and when exactly its cultivation began. Today saffron has a variety of uses, from cooking and perfumes to dyes. From about 15,000 to 16,000 crocus flowers requiring 370 to 470 hours to collect, just one kilo of saffron is extracted costing $1,300 to $10,000.

The researchers, led by Ludwig Mann of the Technical University of Dresden, who published the paper in the journal Frontiers in Plant Science, analyzed all available data and concluded that it points to the same region . “Both ancient works of art and genetics show Bronze Age Greece of around 1700 BC or even earlier, as the origin of saffron domestication”, Mann said.

The Crocus genus, which includes about 250 wild plant species, is present across Southern and Central Europe and North Africa to Western China. The first known use of the wild crocus by humans was as a pigment for cave paintings, about 50,000 years ago, in present-day Iraq. Ancient Sumerian, Assyrian, and Babylonian texts also describe the use of the wild crocus for medicinal use and dyes.

The researchers said that the origin of saffron could not be easily determined because the plant is difficult to study genetically, as it has three – instead of the usual two – copies of each chromosome, as well as a very large genome containing a high percentage of repetitive DNA, difficult in its sequencing.

According to the study, probably the oldest depiction of cultivated crocus in the world is the Minoan fresco of blue monkeys collecting saffron dating backk to ca. 1600 BC. Crocus flowers are also depicted on Bronze Age ceramics and fabrics in Greece, while the ancient Linear B script also has an ideogram for the crocus. Tombs in Egypt of the 15th and 16th century BC show ambassadors from Crete bringing saffron dyed fabrics.

Genetic studies from 2019 have shown that the plant C.cartwrightianus, the closest wild relative of the cultivated crocus, has been found only in mainland Greece, which is a strong indication that the initial domestication of the plant took place here. The researchers estimate that modern saffron crocus originated naturally, either from the related wild plant C. Cartwrightianus or from hybrids between the latter and some other species of saffron. Then the crocus was systematically utilized by the Greeks of the Bronze Age thanks to its superior properties as a spice.

As Dr. Tony Heitkam, head of the Plant Genomics Group at the Technical University of Dresden, puts it: “All over the world today, saffron crocuses are essentially clones that can be traced back to the appearance of saffron in ancient Greece. Although all of them share the same genome, saffron can have different properties depending on the region.”