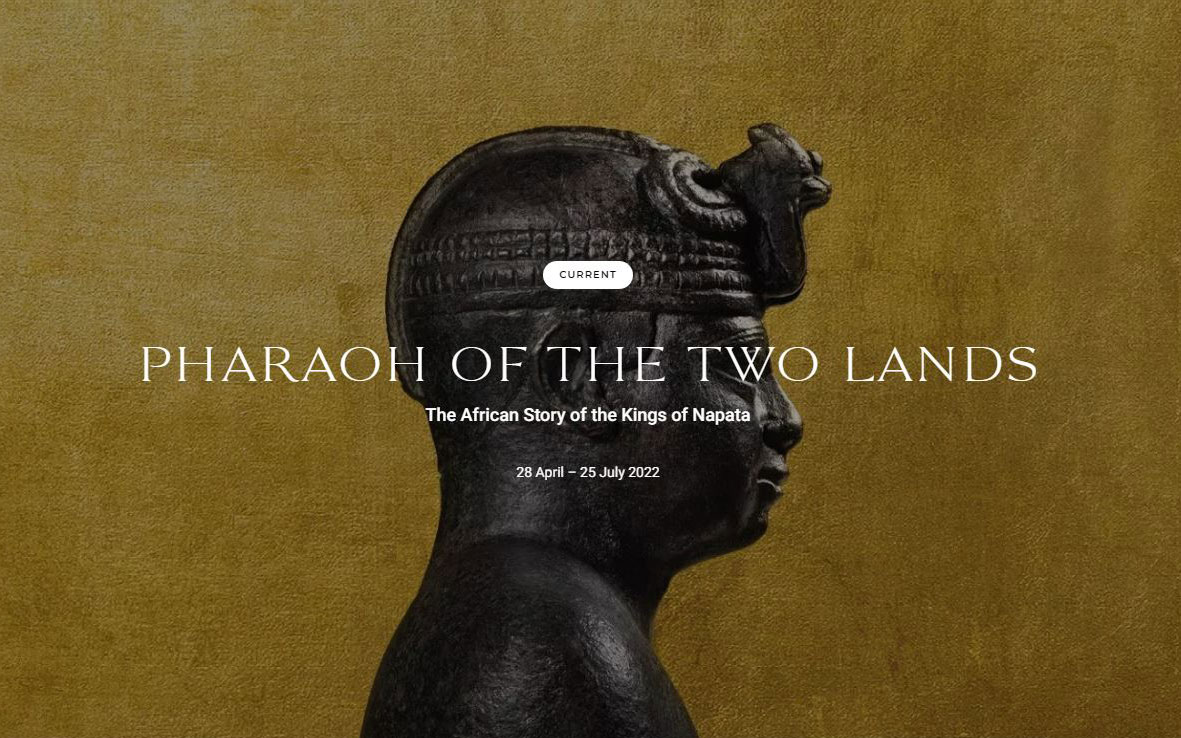 Pharaoh of the two lands at the Louvre

“Pharaoh of the two lands. The African Story of the Kings of Napata” has opened at the Louvre on April 28, and will run through July 25, 2022.

In the 8th century BC, a kingdom grew up around the Nubian capital, Napata. In about 730 BC, the Nubian king Piankhy conquered Egypt and founded the 25th Dynasty of Kushite kings, who ruled for more than fifty years over a kingdom stretching from the Nile Delta to the confluence of the White and Blue Niles. The most famous of those kings is the pharaoh Taharqa.

The exhibition highlights the importance of this vast kingdom, located in what is now northern Sudan. It is organised in connection with the Louvre’s archaeological campaign in Sudan, which focused for ten years on the site of Muweis before moving some 30 kilometres northwards to El-Hassa, not far from the pyramids of Meroe.

The exhibition is organised by Vincent Rondot, director of the Department of Egyptian Antiquities at the Musée du Louvre, assisted by Nadia Licitra, Faïza Drici and Hélène Guichard.