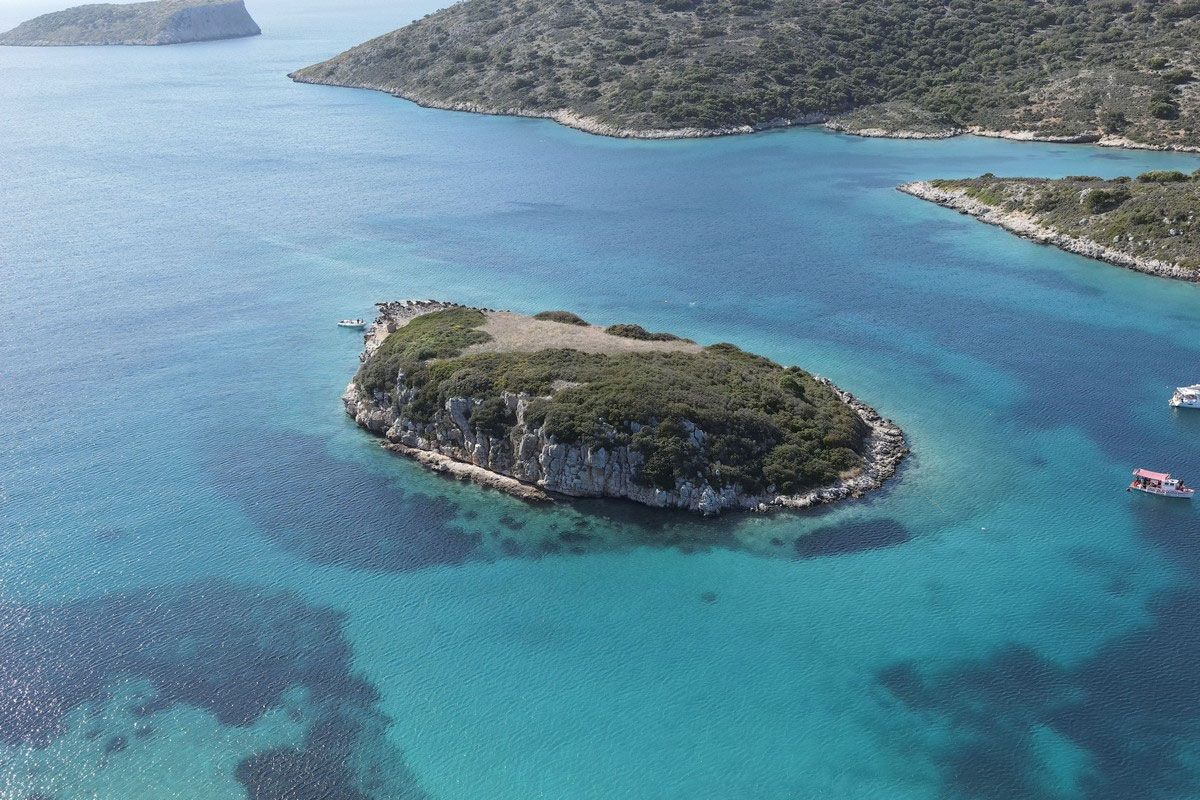 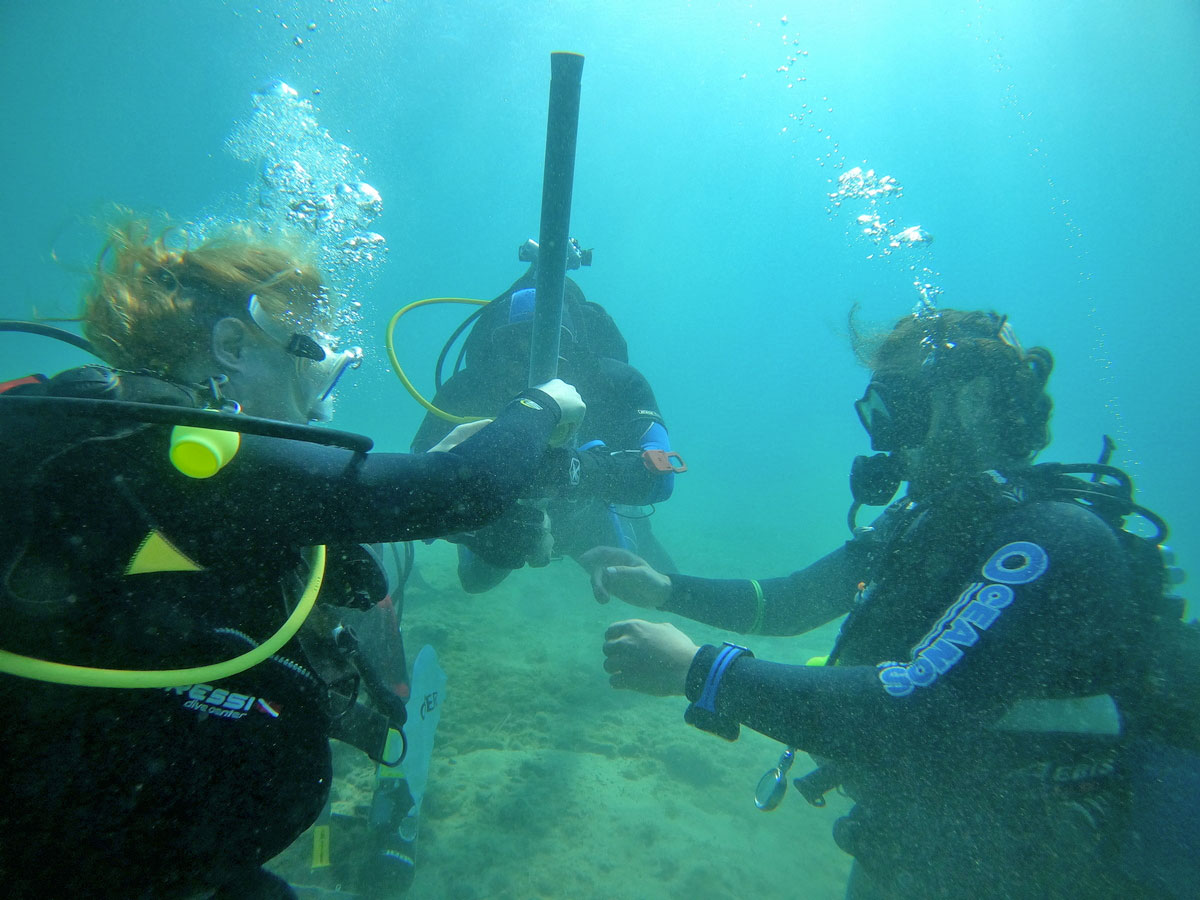 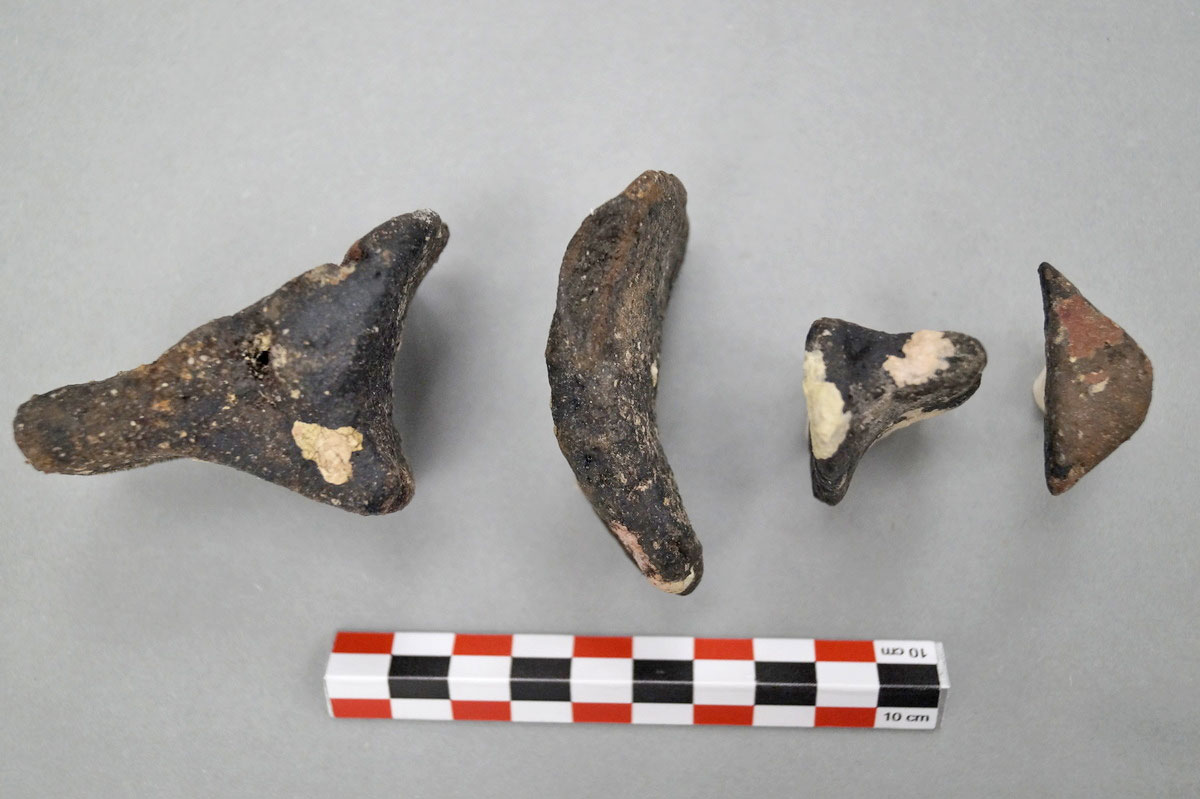 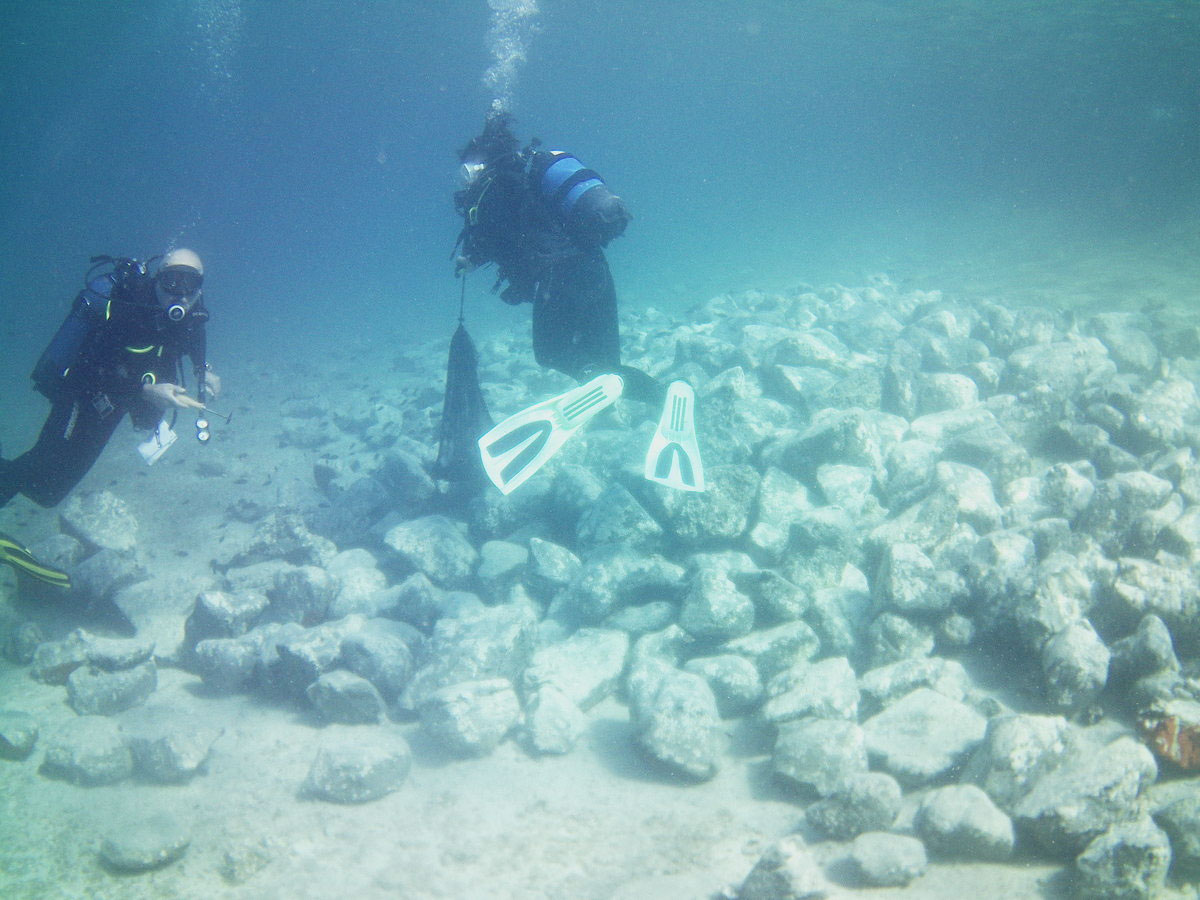 An important site in the island Aegean

An exploratory underwater survey was completed in the sunken part of the Neolithic settlement of Agios Petros located in the bay by that name of Kyra-Panagia, north of Alonissos. This is an important  site in the Aegean islands, the findings of which give a complete archaeological picture of the first agricultural groups that settled permanently in Greece a little before 6000 BC. The survey was carried out  as part of the approved five-year project being realized in collaboration with the Ministry of Culture’s Ephorate of Underwater Antiquities and the Department of Archaeology  of the Aristotle University of Thessaloniki (AUTH).

The main aim of the archaeological underwater survey was to map the current appearance of the submerged, part of the Neolithic settlement due to the gradual rise of the sea level. Also to record the archaeological remains preserved to date and to assess them for their future excavation. The results of the underwater survey are evidence of the research interest of the systematic underwater excavation  planned  to go ahead over the next years.

It was particularly important to find visible anthropogenic remains (man made stone heaps, walls and pottery), at a depth of 5-7 m, the nature of which are expected to be clarified in an excavation planned for 2022. Equally interesting was the finding of archaeological backfilling, mainly below the sandy sea bed, as shown by the core samples extracted.

The possibility offered by underwater research off Ag. Petros, the earliest submerged island settlement in the Aegean, is expected to highlight important aspects of the life of the first communities and of sea faring in the Aegean islands.

The research team included the following: from the AUTh, N. Efstratiou, Emeritus Professor, head of the Ephorate of Underwater Antiquities, A. Sotiriou, archaeologist-diver, head of TEAETDA [Department of Archaeological Surveys, Documentation, Publication and Archive] of the Ephorate of Underwater Antiquities and H. Nizam ,guide-diver and diver in charge. Also  in the team were A. Chalkioti, V. Ivrou, L. Giatsiatsou, O. Koukousioura, P. Bitsikokos, T. Mouratidis, P. Tokmakidi, K. Papadimitriou and A. Ktistis. The research was sponsored by Marco Bellacci (Marco Estate, Alonissos) and Merck Merkuriadis (Hipgnosis Songs Fund, UK).