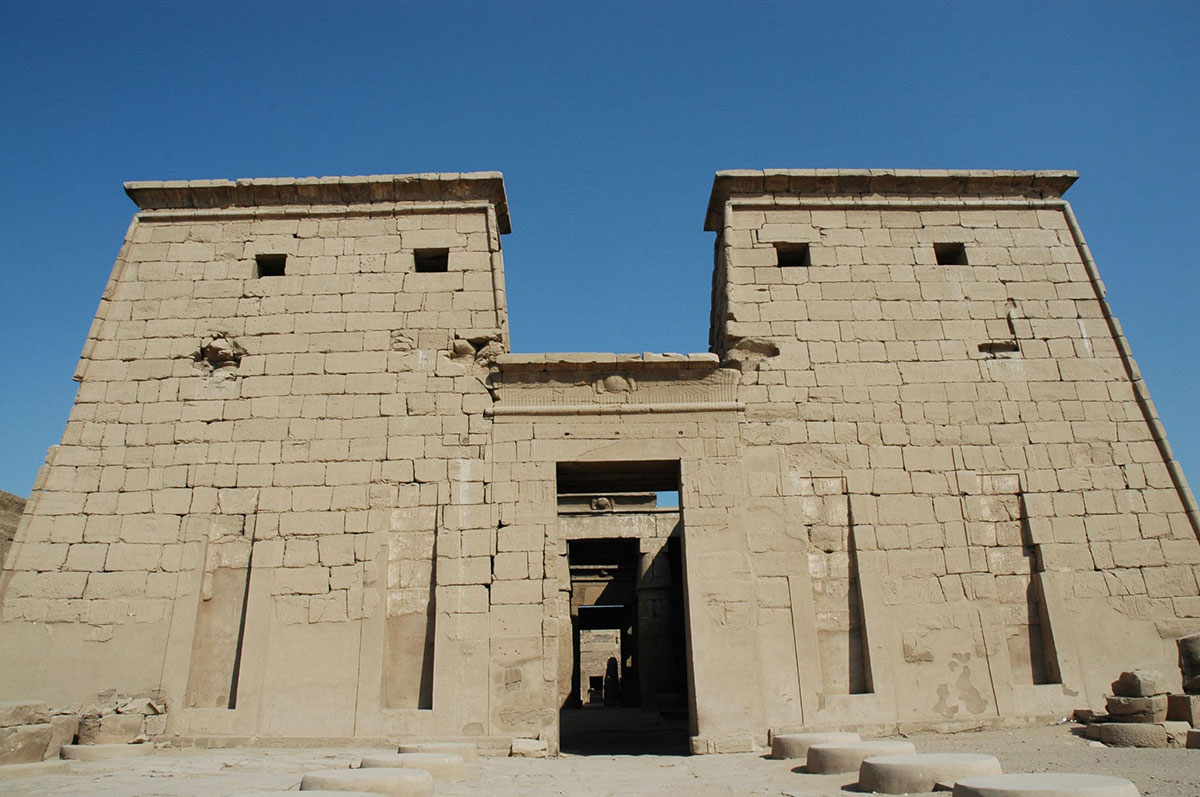 Conservation at Khonsu Temple: the 2021-22 Season

Following the completion of a full 3D-scan of Khonsu Temple in December 2021, ARCE began its program of physical conservation work in January 2022 with a focus on the pylon and roof of the building. Join Project Director Dr. Nicholas Warner to hear about the achievements of the past season and plans for the future.
Dr. Warner is an architect and architectural historian trained at Cambridge University, UK, and the Graduate School of Design, Harvard University. He has lived in Egypt since 1993, where he has participated in and directed numerous projects related to the documentation, preservation, and presentation of heritage sites from all periods. Amongst these are: the Quseir Fort Visitors’ Center; the Saqqara New Kingdom Necropolis Project; the tombs of Anen (TT120) and Menna (TT69) in Luxor; the North Kharga Oasis Survey; New York University’s excavations at Amheida, Dakhla Oasis; the Red and White Monasteries in Sohag. His work in Cairo includes the Cairo Mapping Project (a new map of Historic Cairo showing the plans of approximately 550 buildings in the mediaeval city); open air museums in the South Roman Tower of the fortress of Babylon and Matariyya; and the restoration of the Gayer-Anderson Museum. Outside Egypt, Nicholas has also worked as a consultant on heritage projects in Afghanistan, Myanmar, Morocco, Tunisia, Jordan, Saudi Arabia and Ethiopia. He joined ARCE as its Cultural Heritage Projects Director in 2020 and is currently responsible for conservation work at the temple of Khonsu in Karnak, the Red Monastery in Sohag, the shrine of Ikhwat Yusuf in Cairo, and the house of Howard Carter on the West Bank at Luxor.
For further information and registration click here.