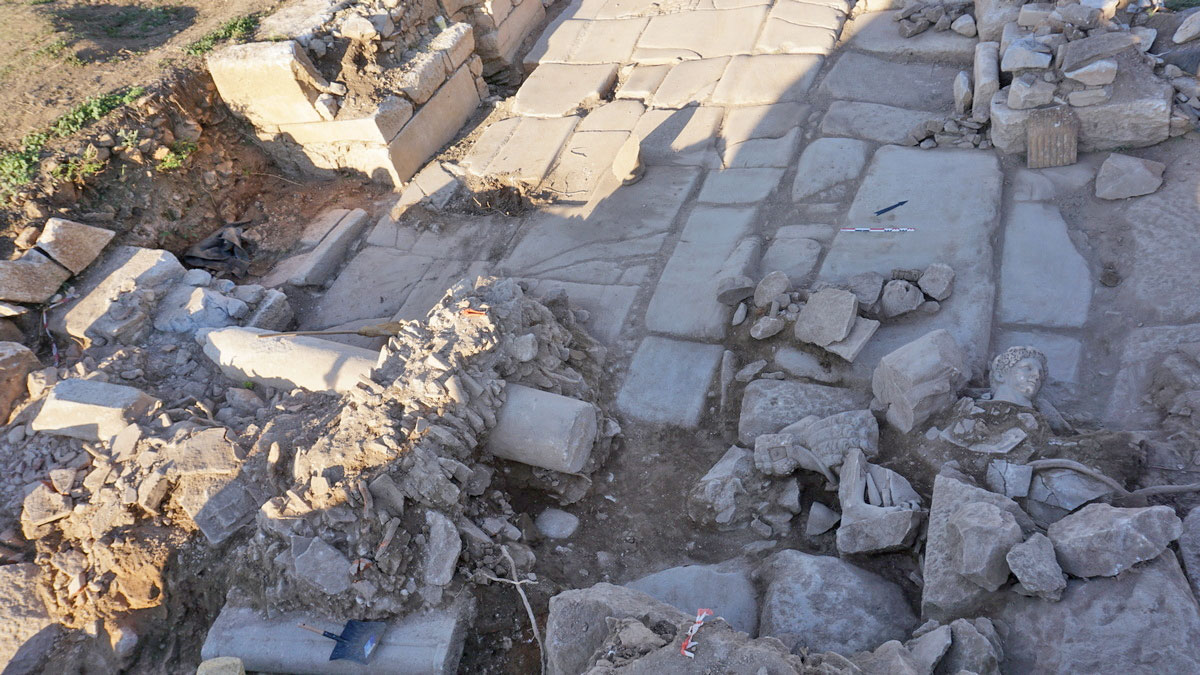 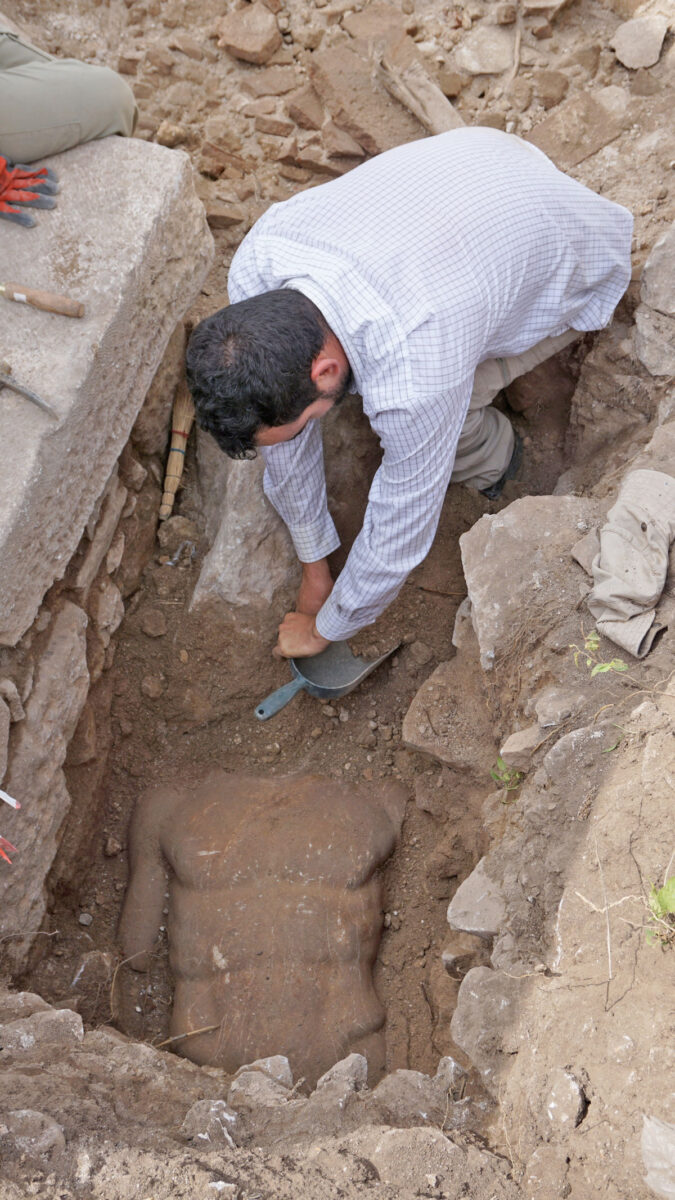 Impressive statue of Hercules came to light at Philippi

During the Aristotle University excavation

The research excavation at Philippi was completed on Friday, September 16, 2022. It was conducted by the team of the Aristotle University headed by Professor Natalia Poulou and her collaborators Assistant Professor Anastasios Tantsis and Emeritus Professor Aristotelis Mentzos. Taking part in the excavation were 24 AUTH students; 18 undergraduates, 3 postgraduates and 3 PhD candidates. The research was funded by the University’s regular budget of the University and the AUTH Research Committee.

This year the excavation continued on the eastern side of one of the city’s main streets which at this spot meets another main axis running further north. The point where the two streets converge broadens out into a square dominated by a richly decorated building, possibly a fountain.

The building had special architectural decoration, fragments of which were uncovered. Its decoration was complemented by an impressive statue from Roman times (2nd century AD). The statue which is larger than life depicts a clean shaven Hercules with a young body. The club, which has been found in fragments, and the lionskin hanging from the outstretched left hand confirm the hero’s identity. On his curls he wears a wreath of vine leaves which is held in place at the back by a ribbon whose ends reach his shoulders.

The specific statue adorned a building which, according to the excavation findings, dates back to the 8th/9th century AD. We know from the sources as well as from the archaeological data that in Constantinople statues from the Classical and Roman periods adorned buildings and public spaces until the Late Byzantine period.

This find demonstrates the way public spaces were decorated in the important cities of the Byzantine Empire, including Philippi.

The excavation will continue next year.