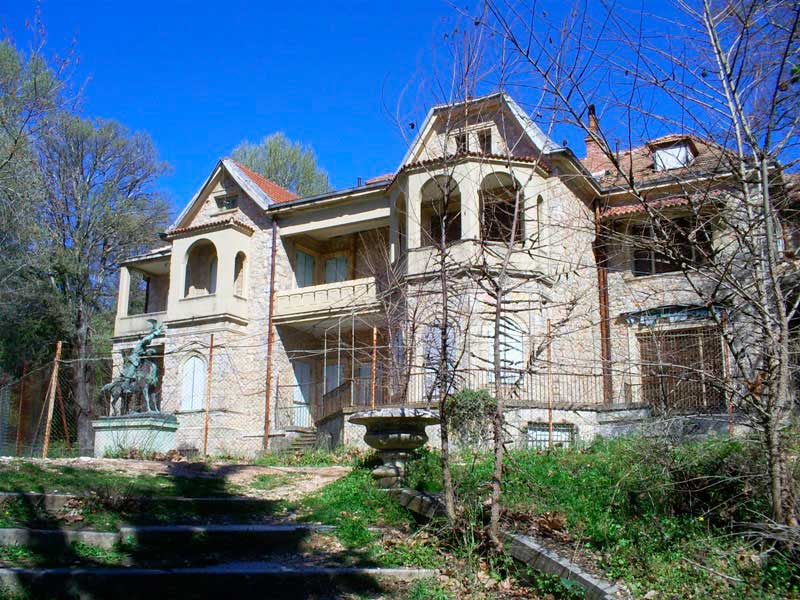 “Green light” for the restoration of three buildings at Tatoi

The Central Council for Modern Monuments (CCMM) has unanimously given the “green light” for the restoration and reuse of three buildings at the former royal estate, the Tatoi palace, at the foot of Mount Parnitha.

The studies submitted to the CCMM proposed restoration and reuse of the “House of the Forest Guard”, the “House of the Head Gardener” and the building of the electricity generator, all lying to the west of the estate’s central part. The aim of these studies is to contribute to the rescue, enhancement, exploitation and protection of the Tatoi buildings.

The “House of the Forest Guard” dates to the end of the 19th century. The building is to be seen in a 1896 map of the estate. As for its reuse, according to the approved study, it should house offices.

The “House of the Head Gardener” is a two-storey stone building. It also dates to the end of the 19th century. It was built for the head gardener, but during the 1920s it was used as a school. The study proposes its reuse as a café.

The building of the electricity generator will probably be reused as an administration building.

The studies were conducted by the Ephorate of Contemporary and Modern Monuments of Attica.

Tatoi, located 5 km north of Athen’s suburbs summer palace and 10,000 acre estate of the former Greek Royal Family, that reigned in Greece from 1863 to 1924, and again from 1935 to 1973. In the 1920s most of the estate became public property, but in 1936 it was returned to the Royal Family. In 2007, the Greek government said it intended to turn the former palace and grounds into a museum. In September 2012 it was reported that it was to be sold in the face of mounting financial pressure.