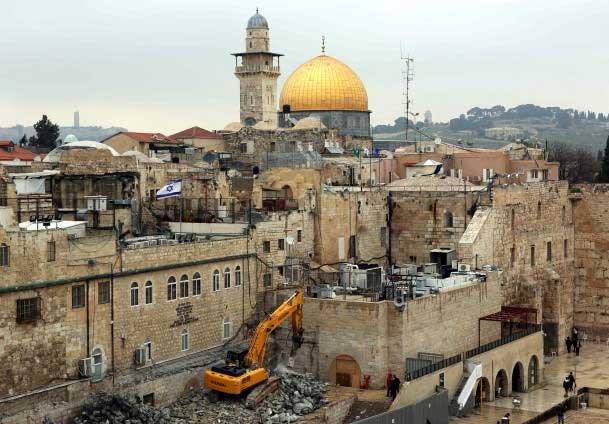 “Israel is stealing the Arabic and Islamic cultural heritage in Jerusalem in the name of urban transformation,” the Al-Aqsa Foundation stated in a press release.

In the same statement, Al-Aqsa Foundation demanded UNESCO and other international institutions to take solid steps in order to stop the smuggling of historical artifacts by Israel, explaining that “Jerusalem as a whole is exposed to the attacks of Israel on Islamic and Arabic artifacts. Israel is stealing the Arabic and Islamic cultural heritage in Jerusalem in the name of urban transformation.”

According to Anadolu Agency, the statement also refers to a stone, considered a historical artifact , which Israel had stolen and took it to the Rockefeller Museum where the Arabic texture was erased and the artifact was shown as if it belonged to the Jews.