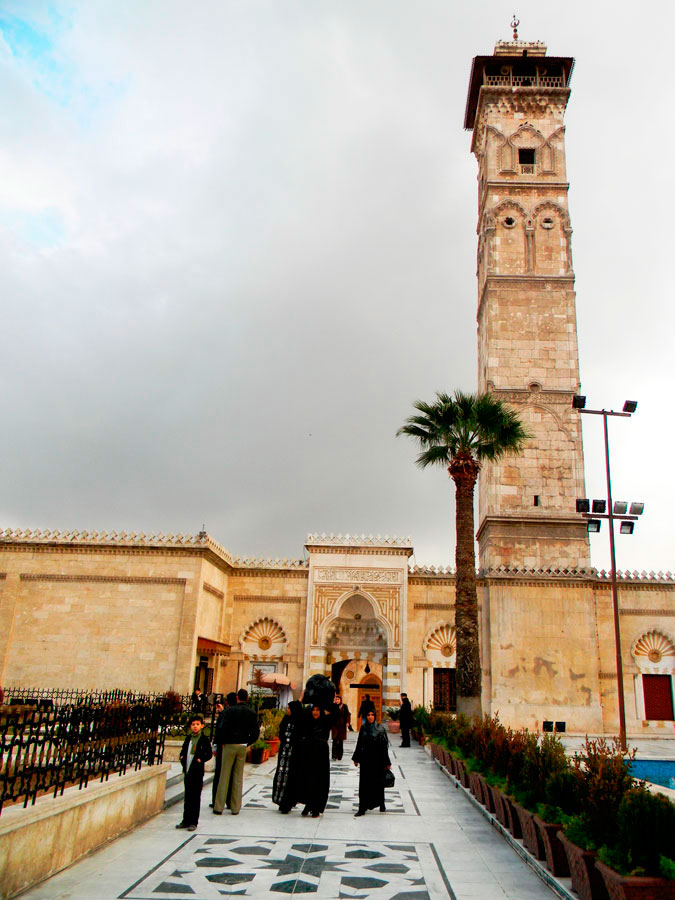 The minaret of the Umayyad Mosque has been destroyed

Last October Unesco appealed for the protection of the site

The 11th-Century minaret of the Umayyad Mosque, one of Syria’s most famous mosques, has been destroyed during clashes in the northern city of Aleppo. The state news agency Sana accused rebels of destroying the minaret. However, activists say the minaret was hit by Syrian army tank fire.

The mosque, which is a Unesco world heritage site, has been in rebel hands since earlier this year. Last October Unesco appealed for the protection of the site, which it described as “one of the most beautiful mosques in the Muslim world”.

Images posted on the internet showed the minaret reduced to a pile of rubble in the mosque’s tiled courtyard. Other parts of the mosque complex – which dates mostly from the 12th Century – have been badly damaged by gunfire and shell hits.

A report by Sana said fighters from the Jabhat al-Nusra group had destroyed the once famous landmark. It quoted an official source saying that “terrorists… placed explosive materials in the minaret and the mosque’s southern door and set them off”.

Reports say some ancient artefacts have also been looted, including a box purported to contain a strand of the Prophet Muhammad’s hair. However, rebels said they had salvaged ancient handwritten Koranic manuscripts and hidden them.