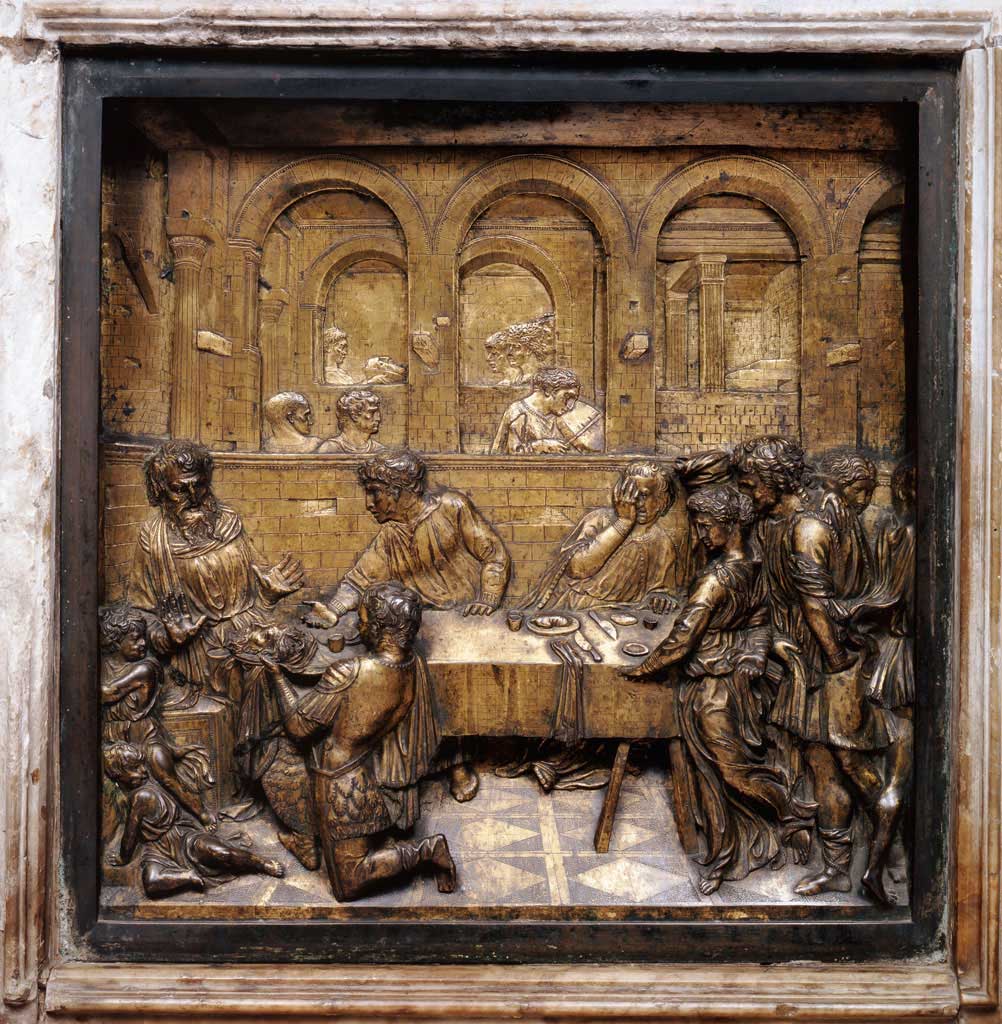 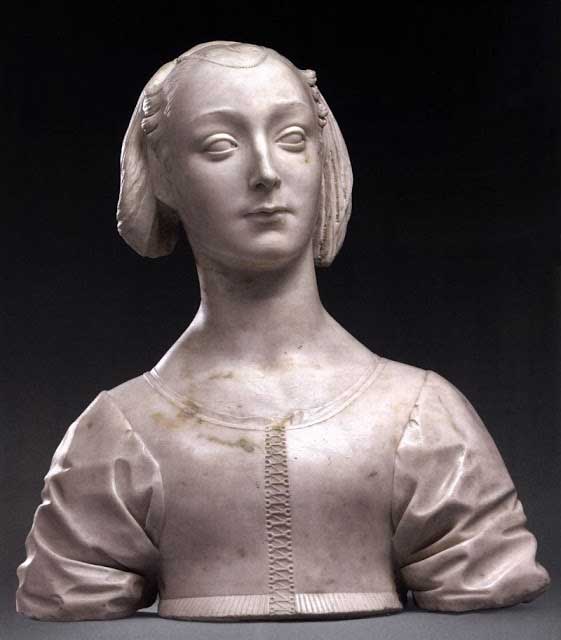 “The Springtime of the Renaissance: Sculpture and the Arts in Florence 1400-1460” at the Palazzo Strozzi in Florence sets out to challenge received notions about the birth of the Italian Renaissance. It opens on Wednesday and will run through August 18, 2013.

The exhibition proposes to illustrate, in theme-based sections, the origin of what is still known today as the “miracle” of the Renaissance in Florence, doing so principally through masterpieces of sculpture, the branch of figurative art in which that new season first saw the light of day.

The first section is devoted to the rediscovery of the ancient world during the “rebirth” that occurred between the 13th and 14th centuries – from Nicola Pisano to Arnolfo di Cambio and their successors – and following assimilating the expressive richness of the Gothic style, especially of French origin (Section 1: The Legacy of the Fathers), the two panels depicting the Sacrifice of Isaac by Lorenzo Ghiberti and Filippo Brunelleschi and the model of Brunelleschi’s Dome of Florence Cathedral represent the fundamental starting point of the Early Renaissance (Section 2: Florence 1401. The Dawn of the Renaissance).

At that time the writings of the great Humanists, singing the praises of the Florentine Republic’s political achievements, its economic power and its social harmony, were spreading the legend of Florence as the heir to the Roman Republic and as a model for other Italian city-states. Monumental public sculpture (by Donatello, Ghiberti, Nanni di Banco, Michelozzo and others in those veritable beehives of innovation that were the city’s major construction sites, the Cathedral and Orsanmichele for example) is the first and loftiest testimony to this exaltation of Florence and its leading citizens (Section 3: Civic and Christian Romanitas), while it also had a profound influence on the painting of such artists as Masaccio, Paolo Uccello, Andrea del Castagno and Filippo Lippi (Section 6: Sculpture in Paint). Other themes of classical antiquity were assimilated and transformed through sculpture in this new language that gave voice not only to the city’s creative fervour but also to its spiritual and intellectual mood (Section 4: ‘Spirits’ Both Sacred and Profane; Section 5: The Rebirth of the Condottieri). The search for a ‘rational’ space and Brunelleschi’s discovery of perspective were implemented in their most advanced forms precisely in the art of sculpture, in Donatello’s bas-reliefs, for instance the predella of the St George and Herod’s Banquet in Lille, and their echo reached well into the middle part of the century in the work of Desiderio da Settignano and Agostino di Duccio in an ongoing dialogue-cum-debate with painting, including that of the classical era (Section 7: History “in Perspective”). From the 1420s on, the new standards of sculpture perfected by the great masters and illustrated by a number of masterpieces – like Donatello’s Pazzi Madonna from Berlin and the Fiesole Madonna, formerly attributed to Brunelleschi but now given to Nanni di Banco – spread via a seemingly endless output of bas-reliefs for private devotion (in marble, stucco, polychrome terracotta and glazed terracotta), which fostered the widespread propagation of a taste for the ‘new’ beauty in every level of society (Section 8: The Spread of Beauty). At the same time, the most prestigious artistic commissions in Florence began to focus on venues of solidarity and of prayer (churches, confraternities and hospitals) where sculpture once again played a leading role (Section 9: Beauty and Charity. Hospital, Orphanages and Confraternities).

Thus, arranged around the city’s absolute symbol – the wooden model of Brunelleschi’s Cupola for Santa Maria del Fiore – the exhibition offers a retrospective of sculpture that was also to have a crucial impact on the development of the other figurative arts, in a direct debate with its classical predecessors, from the tombs of the Humanists, to the inspiration provided by ancient sarcophagi, to the rebirth of the equestrian monument and the carved portrait. The carved portrait, which started to become popular towards the middle of the century – in the marble busts of Mino da Fiesole, Desiderio da Settignano and Antonio Rossellino – heralds the transition from fiorentina libertas to the private patronage that was soon to lead to the hegemony of the Medici family (Section 10: From City to Palace. The New Patrons of the Arts). In this context, the exhibition – wich opened whith the evocation of Brunelleschi’s dome – closes with the evocation of the most illustrious private residence of the Renaissance in the shape of a Wooden Model of Palazzo Strozzi.