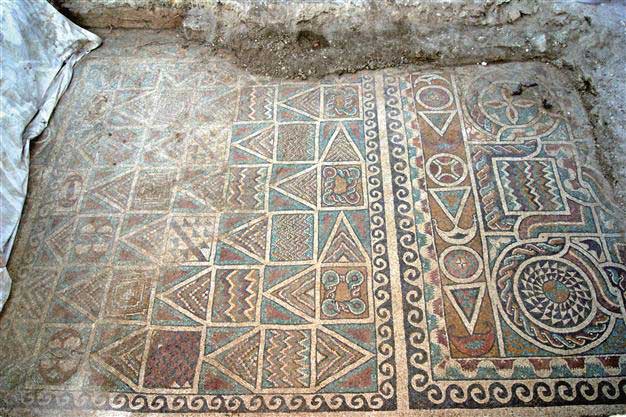 Dating back to the Roman period

2,000-year-old mosaics with kilim-like motifs have been found during archaeological excavations carried out by the Amasya Museum Directorate in Yavru village (Black Sea province of Amasya). The mosaics are believed to date back to the Roman period.

Esra Keskin of the Hitit University Black Sea Archaeology Research and Practice Center says that 2,000-year-old mosaics uncovered in a palace-like structure in Yavru village are unlike other artifacts in the region.

Keskin said the mosaics were surrounded by curbstones. The eye shapes on the kilim designs of the mosaics still retain their secrets. The mosaics cover an area of 30 square meters and the kilim-like motifs on it show that they might have been the coast of arms of a military unit in the Roman era,” Keskin said.