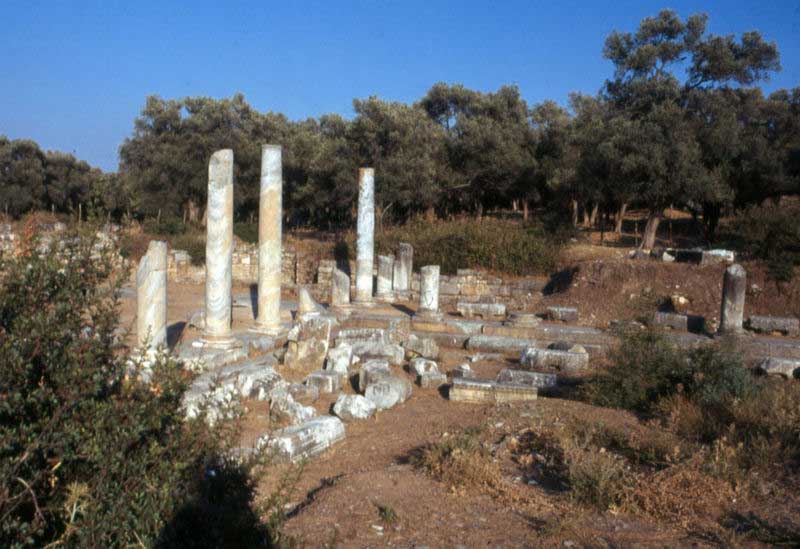 Results of this year’s excavations in the city of Iasos

According to “Hürriyet” the archaeologists recently discovered that the ancient city was buried under a mountain of ash caused by the Thera eruption 3,600 years ago. Excavation works have also revealed a sewage system that was in place in the 4,000-year-old city and tunnels to the city’s theater.

“As a result of works that will be carried out in the agora, the Artemis and Astias holy area, the Zeus Mefistos area, the mosaic house, the acropolis, the western port castle and the port, which was constructed between 1481 and 1522, the region will become one of the richest ancient cities in terms of cultural heritage. We have prepared the exact location and a digital map of the ancient city with satellite photos. When the project is done, we expect that tourists will rush to the area. As of next year, we will be in negotiations with travel agencies and tour operators to promote Iasos by way of daily boat tours and jeep safaris,” Bardakçı said.

Spanu said columns that were found one meter underground provided vital information about the history of the city. “Following the explosion of the volcano Thera, which also caused the destruction of the Minoan civilization on the islands of Crete and Santorini, the ancient city was covered with ash and remained so for a while.

This is why its sewage system and tunnels to the ancient theater did not change. At the end of the excavation and restoration works, for which we spend nearly 100,000 Turkish Liras annually, I am sure that this place will be Turkey’s largest, as well as one of its most important, archeoparks,” Spanu said.