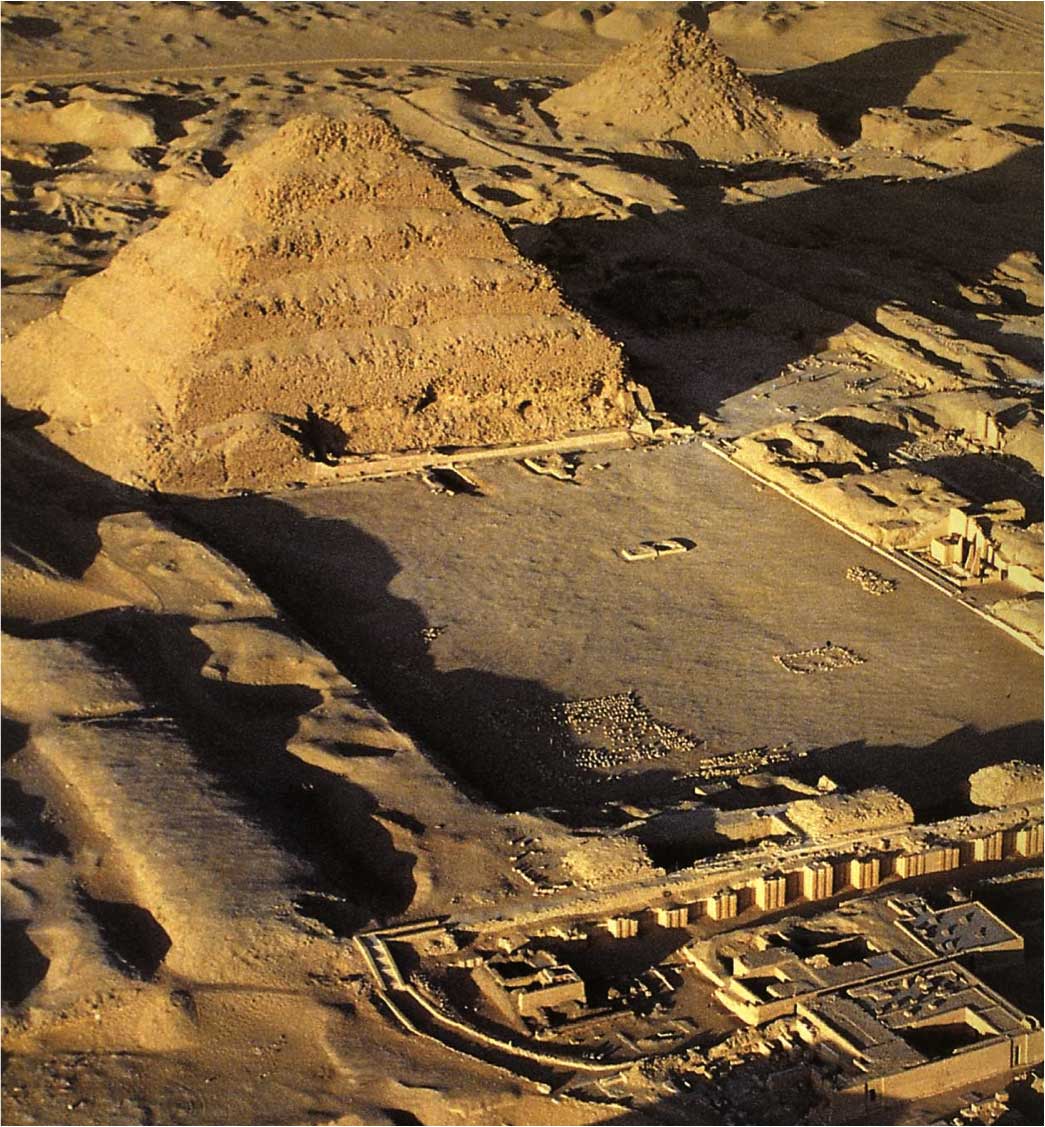 By the director of a structural masonry retrofit company

Cintec International is a structural masonry retrofit company working across the world. After the earthquake in 1992 and the damage it caused to the Pyramid Djoser, the Supreme Council of Egyptian Antiquities called in Cintec to prevent the collapse of the monument. The company was selected for this task because of its extensive experience in preserving historical buildings. In Egypt alone, Cintec has worked on 13 historic buildings in Cairo and the Red Pyramid near Giza, as National Geographic reported in a feature article about Cintec, published in July 2013.

Peter James, managing director of Cintec International, has developed his own theory about how pyramids were built. As he told to BBC News, his theory threatens to shake up the world of archaeology.

The most accepted pyramid construction technique involves hundreds of workers, massive stone blocks and ramps. Mr James, however, says that the traditional view, that hundreds of workers manoeuvred two million stone blocks, laying one every three minutes, is impossible. First of all because of the height of the pyramids; the ramps would have needed to be at least a quarter of a mile long, or they would be too steep to move the stones along. Even if this were the case, there is no archaeological evidence of them – which is rather strange.

These thoughts led Mr James to conclude that the pyramids must have been built from the inside out, using small stones inside and large ones on the outside.

In order to stabilize the ancient structures, Mr James invented and patented a new technique: first one has to drill into the pyramid and take out a core of stone, and then using something which reminds a syringe one squeezes in thin concrete so no air is trapped. This way the pyramid can be supported from inside.

The Cintec team also designed large airbags, 1.5×1 m, eleven at a time, inflated on site inside the pyramids. Made in Cintec’s factory in Cwmbran, the airbags are of strong plastic welded together with a very particular design of webbing inside so that the structure remains stable. They are fully inflated within the pyramid and in effect form a cushion.

“It was described to me that we were kissing the stones and stopping many tonnes of stones from falling on our heads,” Peter James explains.

Mr. James is now preparing to tell Egyptian archaeologists about his theory and how he is challenging thinking accepted over generations about the way the pyramids were built.