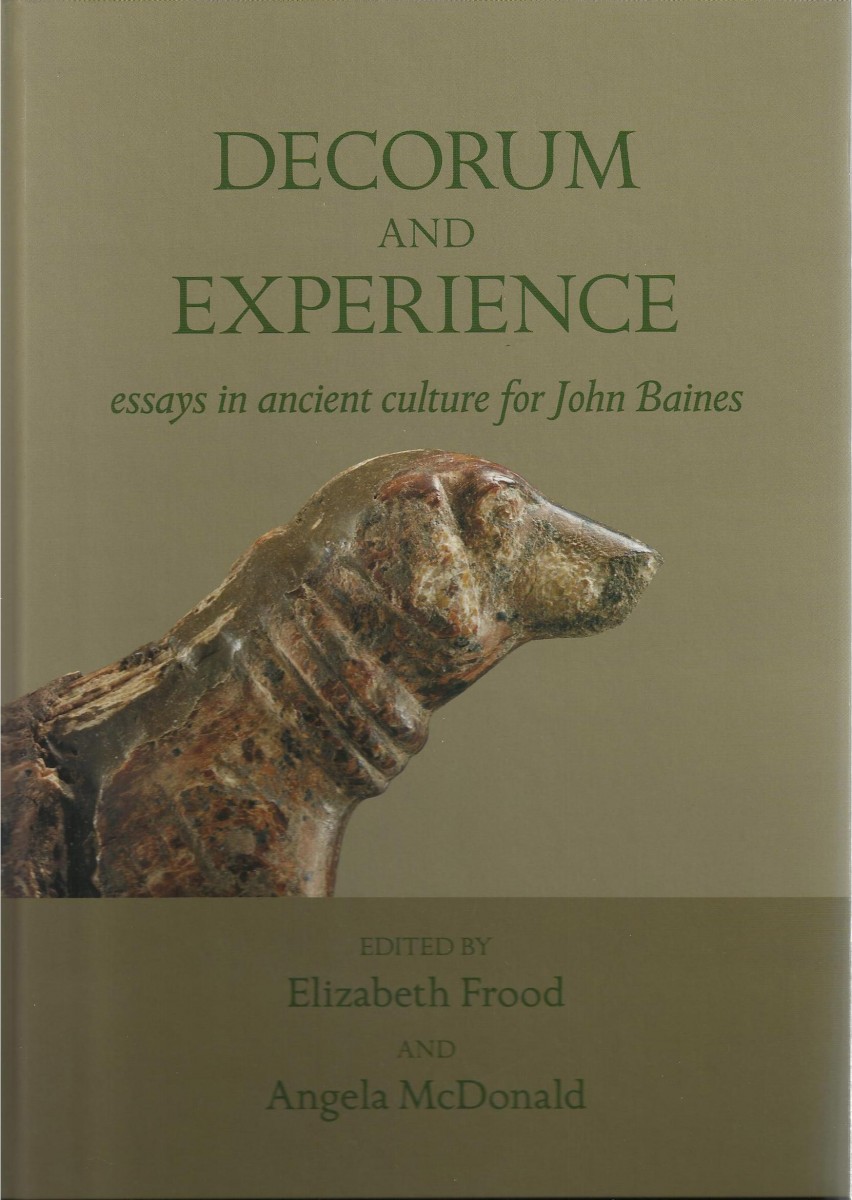 The essays are introduced by a preface by editors Elizabeth Frood and Angela McDonald, both Bains’ students and currently teaching in Oxford and Glasgow respectively, as well as an essay by University of Liverpool lecturer Roland Enmarch.