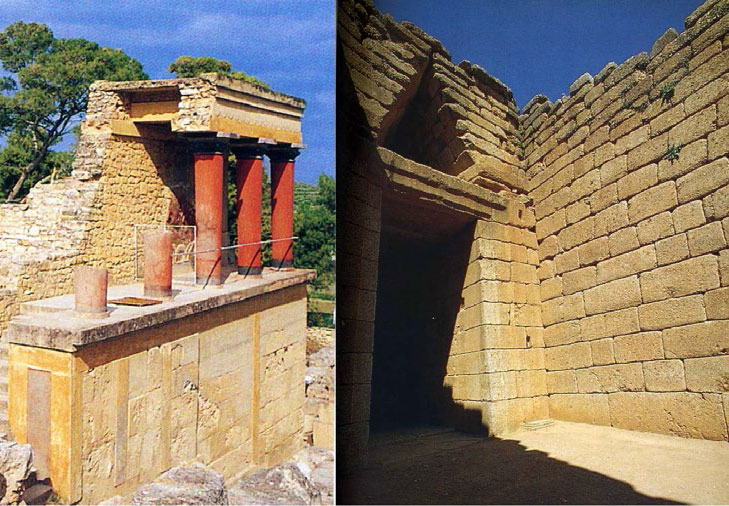 On Tuesday, March 4, 2014, at 7.00 p.m. Professor Clairy Palyvou (School of Architecture, Aristotle University of Thessaloniki) will give a lecture entitled “Principles of spatial organization in Minoan and Mycenaean architecture: a comparative approach,” in the framework of the Mycenaean Seminar series. This is the 4th meeting of this year’s Mycenaean Seminar.

As professor Palyvou will elaborate: “The discourse regarding affiliations between the Minoan and the Mycenaean civilizations has focused largely on art. Architecture, on the other hand, is a complex polyparametric procedure and the end product, the building, does not lend itself readily to comparisons and discussions regarding diffusion patterns.

“In this context, it is important to distinguish between the three basic components of architecture: Structure, Form and Function. Loans or affinities at the level of building technology (Structure) are far more common than those at the level of Form. Function, on the other hand, cannot be approached through architecture alone (architectural form is not transparent to function). Minoan itinerant builders, such as masons dressing stones, may have disseminated technical knowledge; but ashlar technology was used for different purposes and different forms in Mycenaean architecture.

“It is also important to look into ‘systems’ rather than individual ‘elements’; to explore (and compare), for example, ‘structural systems’ based on timber reinforcement rather than isolated applications of timber elements. Even more important is the study of the compositional principles that constitute the basis of an architectural tradition. Cretan and Mainland architectural traditions seem to be quite different in this respect: in the first instance organic design and centrality constitute the fundamental principles of spatial organization, whereas in the latter it is linearity and symmetry. The two different, almost opposing, systems of spatial organization will be discussed in juxtaposition, so as to evaluate their effects, as much as their differences.”

Venue: A. Argiriadis Amphitheatre, Central building of the University of Athens, Panepistimiou 30