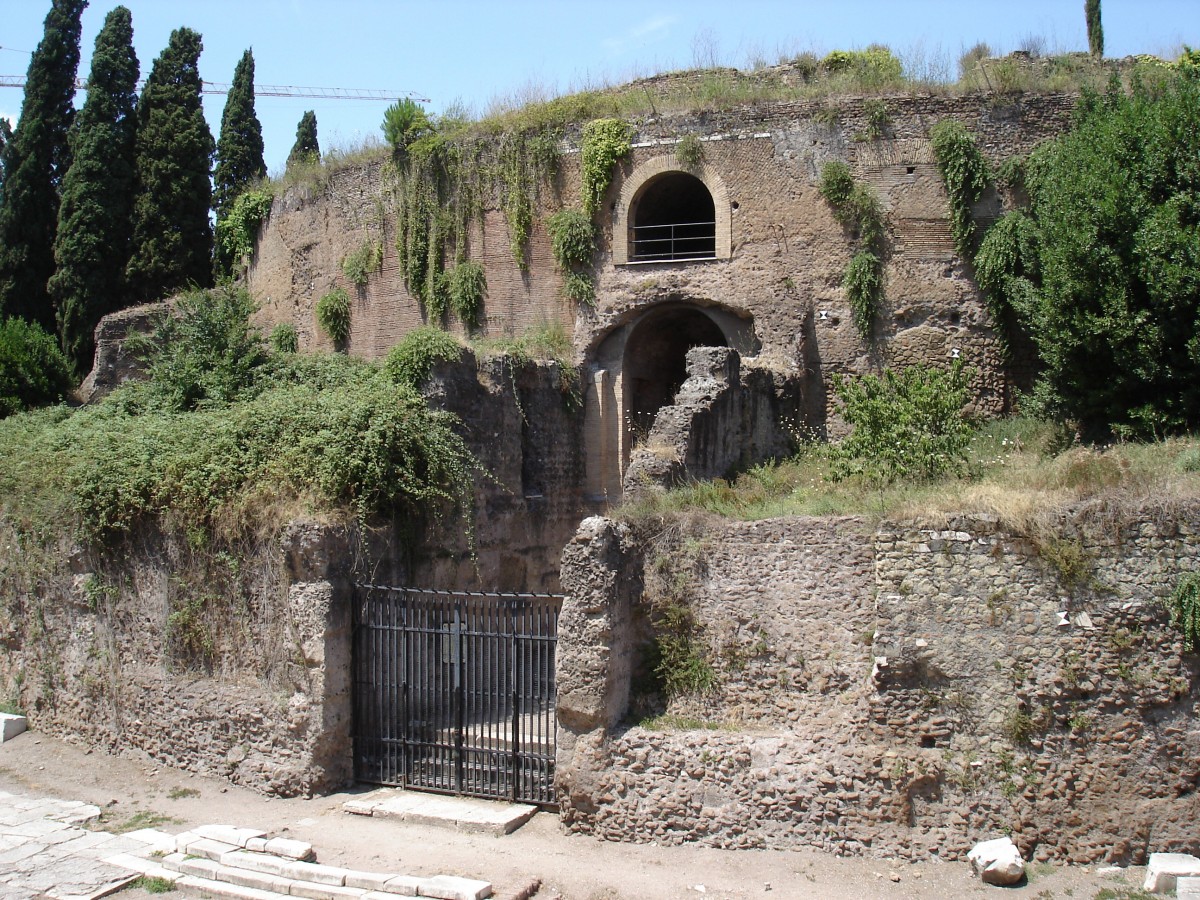 New Beginnings for the Mausoleum of Augustus?

It was built to become the eternal home for the man who famously “found a Rome of bricks and left one of marble” but had many lives and two of its successors. It was pillaged by Visigoths in 410 and subsequently converted into a castle for a noble family during the 12th century, a garden and palazzo complex during the 16th century, a bull-fighting and firework display arena during the 18th century and Rome’s main concert hall in 1908. Benito Mussolini tried to bring it to its original state in 1937 attempting a first “facelift” by removing all its secondary additions but adding a garden and a tower, only to connect it with his own post-war bad reputation: after the ’60s in became home for the homeless, giving shelter to Rome’s outcasts. This is the magnificent story of the Mausoleum of Augustus which is to be refurbished again, with a prospect to open as an archaeological site in 2016.

“It’s incredible the mausoleum is still standing despite what it has been through,” said Elisabetta Carnabuci, one of the archaeologists charged with restoring the site, in a statement to the British newspaper, The Guardian. The monument where the ashes of Augustus, Tiberius and Claudius had been kept till the Visigiths’ pillage, now consists of three concentric outer walls, the widest 15ft thick and the highest 50ft tall. With its upper floor now missing, a large open-air circular space is left wide open inside. Also present are the remains of Mussolini’s two storey tower, which had been erected to cover the empty space left where Augustus’ ashes were placed, when the Visigoths scattered them. “When we get the money, that tower is going.”, says Carnabuci.

The Mausoleum’s restoration was a dream for Italian archaeologists but the lack of money had made any project impossible to materialize. The city of Rome had actually seeked for sponsors for the project in the past, looking to have the monument ready for Augustus’ death 2,000 year anniversary this year (2014), and hoping to a funding initiative similar to the one shoemaker Todd’s took for the Colosseum. However, nobody wanted to fund it.

Still, hope for the restoration was raised again after a €2m came in fresh funding. According to The Guardian, archaeologists now plan to clean up, restore and reopen the site, while the city is to spend €12m on creating a pedestrian’s area to facilitate the access of visitors. The city of Rome arranged a sneak preview of the site last weekend, and Carnabuci said the response showed Romans have not forgotten their first emperor. “There were 5,000 queuing round the block, under the rain,” she said. “I was shocked, it was like a rock concert, and when the people got inside there was an awed silence.”