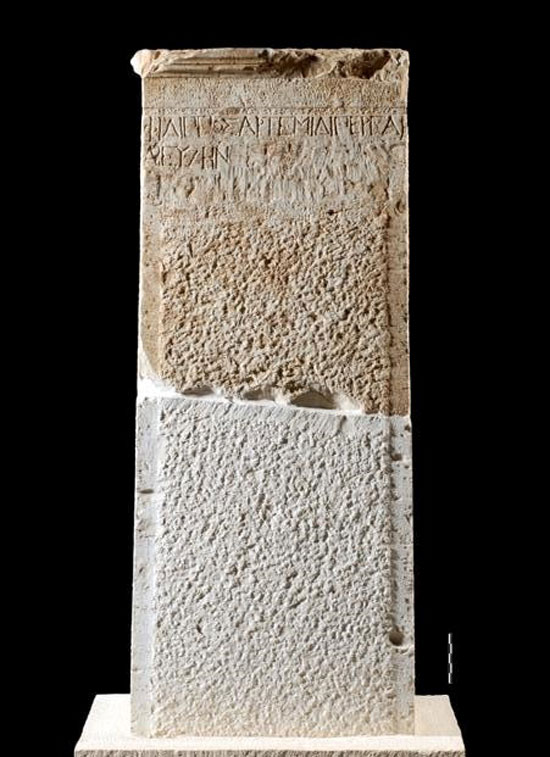 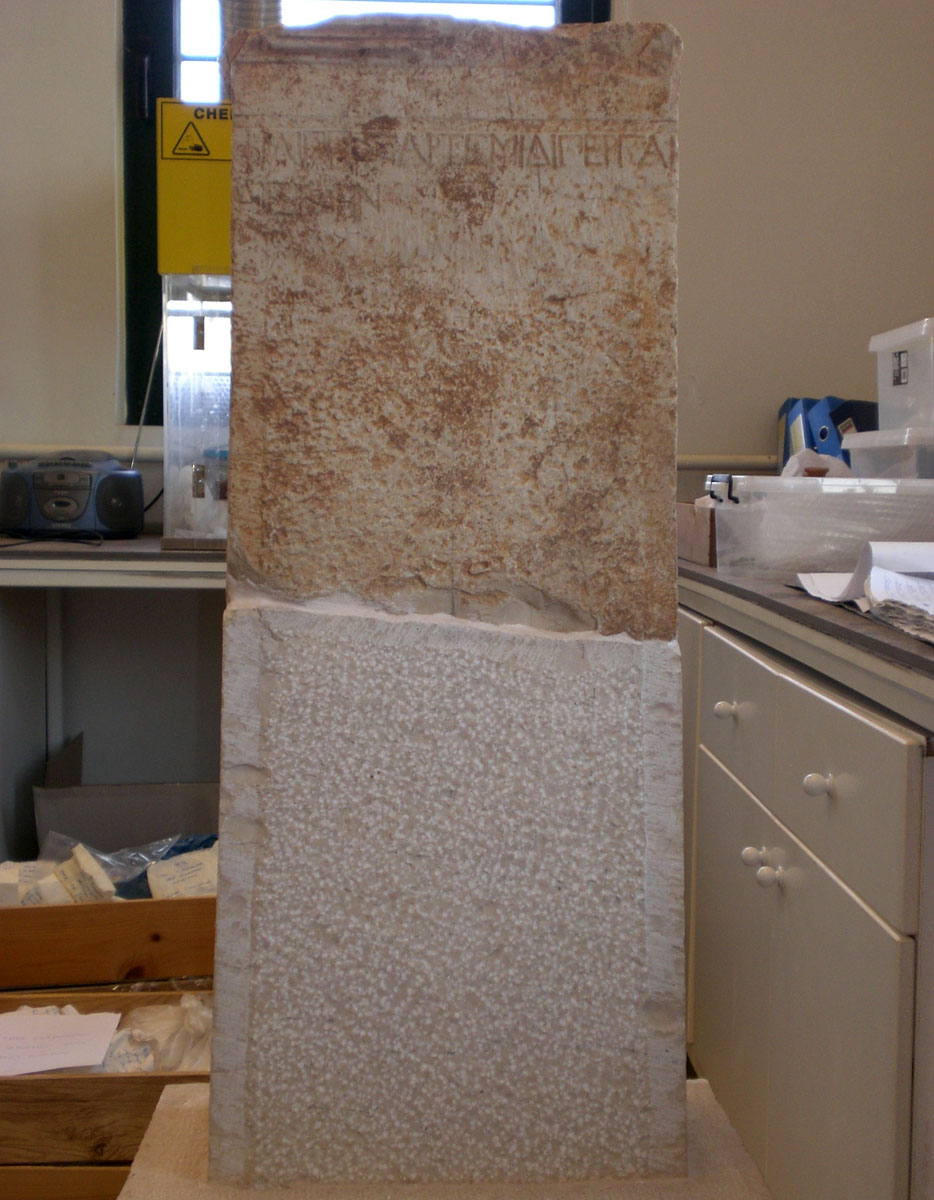 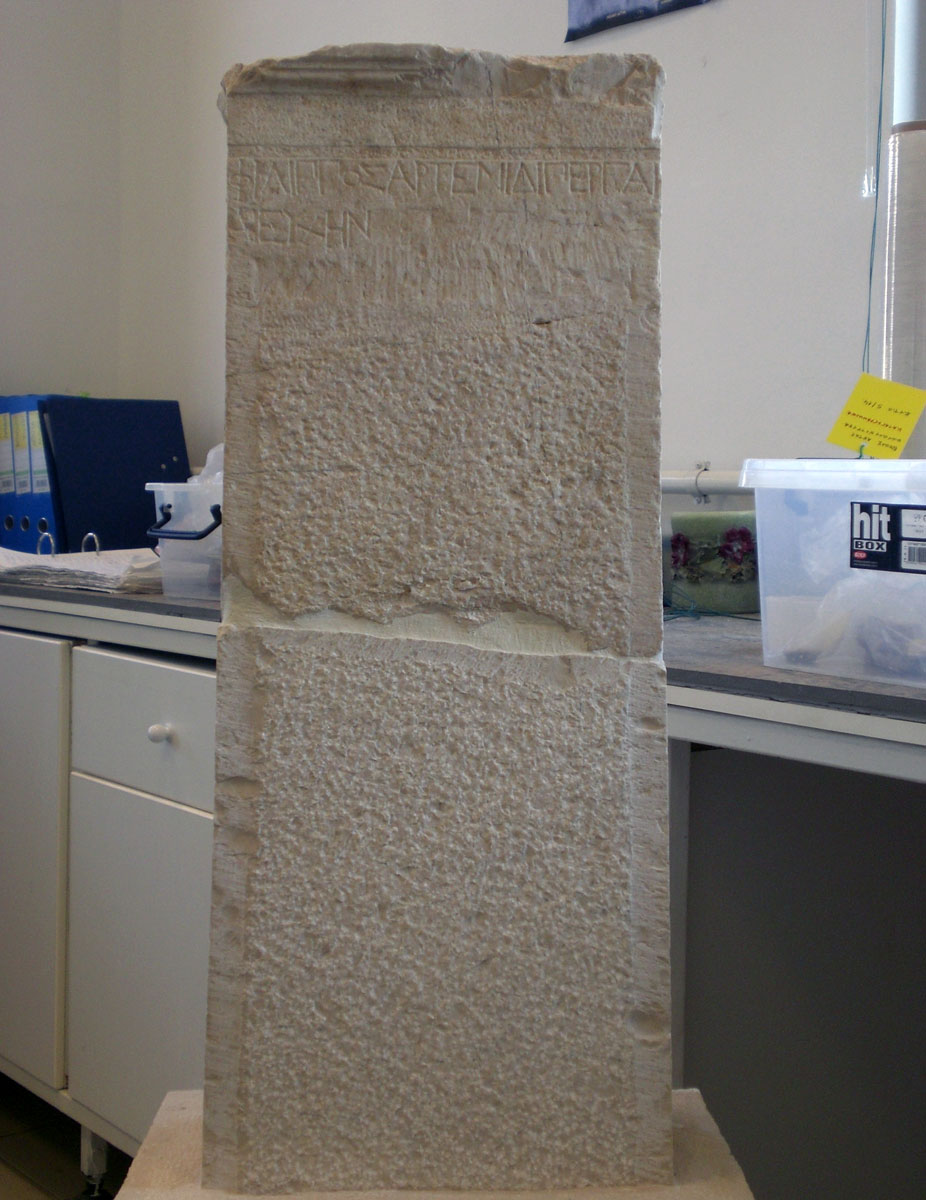 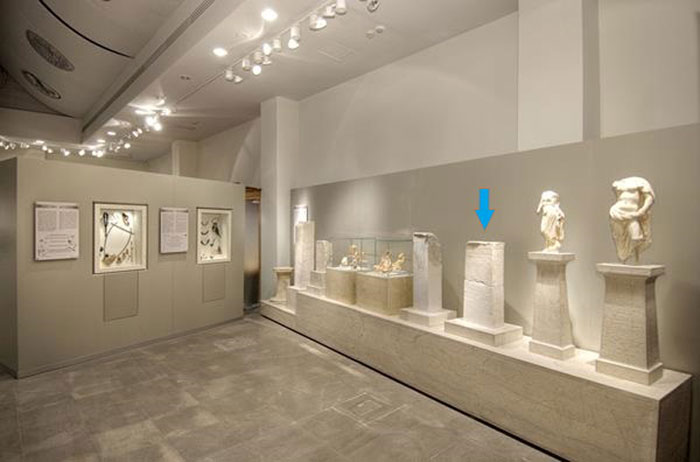 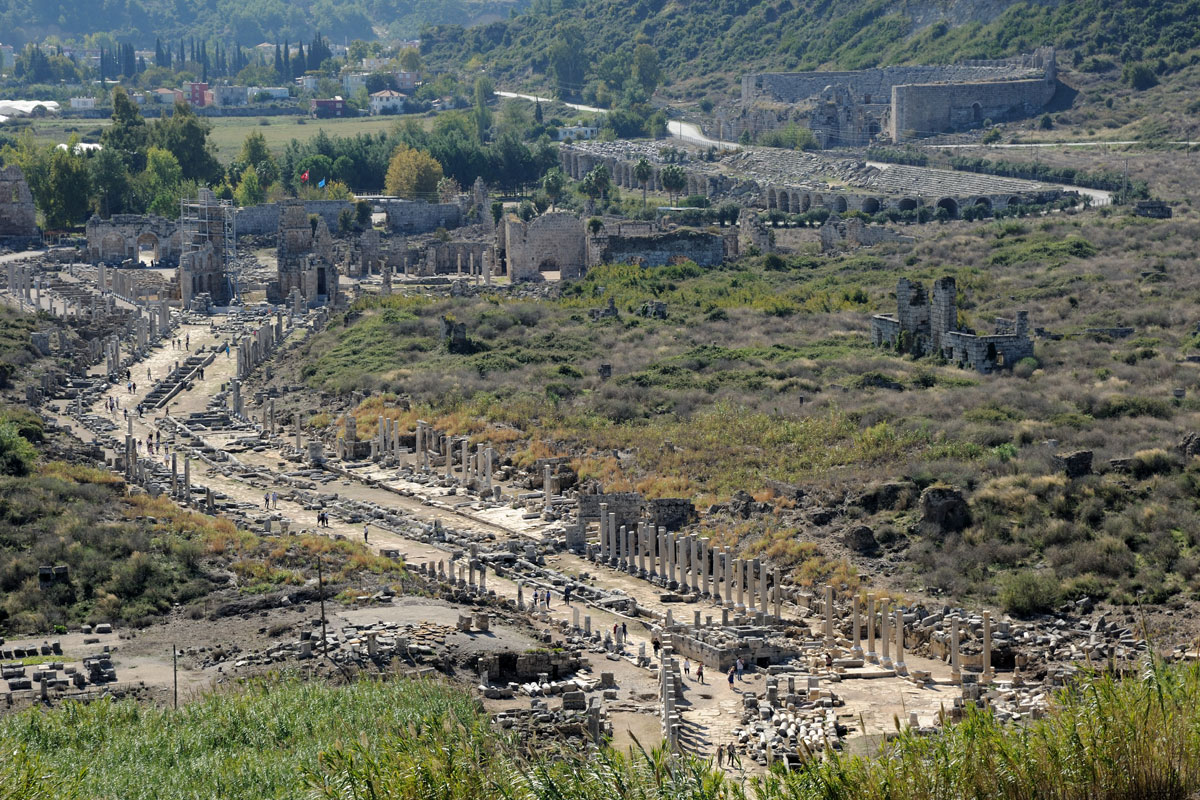 A stele devoted to Artemis Pergaea was chosen by the 33rd Ephorate of Prehistoric and Classical Antiquities of Preveza and Arta and the Archaeological Museum of Arta to be presented as the exhibit of the month June.

The stele is made of limestone and dated to the second half of the 4th century BC.

Artemis Pergaea was an old eastern goddess whose worship merged with that of the Greek goddess Artemis.

The cult of Artemis Pergaea began in Perge, capital of Pamphylia Secunda of Asia Minor and then spread to Halicarnassus, Rhodes, Lindos and other islands and cities of the Southeastern Aegean.

In Abracia Artemis was worshiped as Hegemone, a goddess leading the colonists to their new home or as Agrotera, the goddess of wild life and nature.

The stele of Artemis Pergaea from Ambracia is the first evidence of her cult in mainland Greece.

The cult was probably imported to Ambracia by Corinthian colonists.