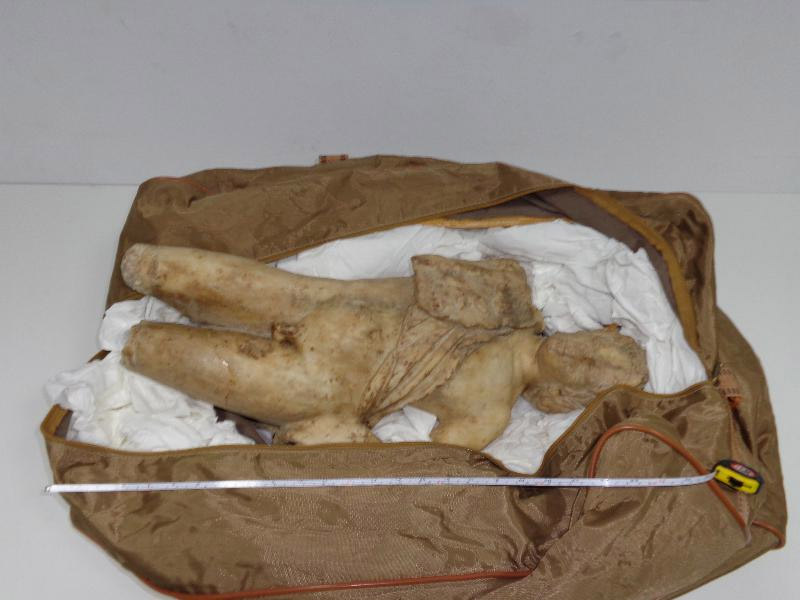 A ring of illicit antiquities trade has been busted by the Greek police in cooperation with the Ministry of Culture and Sports after a two-month investigation.

Among the objects seized by the police is an an ancient marble statue worth an estimated 1 million ($1.35 million), which the smuggling ring was trying to sell. The statue is a marble copy of a work by Praxiteles, one of the most renowned of the Attic sculptors of the 4th c. BC. The almost intact statue of a male figure measures 65 centimeters (25.5 inches) from head-to-knee, and is being kept at the National Archaeological Museum in Athens.

The police arrested an officer from Greece’s antiquities protection department with eight other suspects, following raids and searches at 11 areas in greater Athens and two others in towns in central and northern Greece.

Police did not say whether the statue had been stolen or illegally excavated, but added that a “large number” of less valuable ancient artifacts had also been seized. In a separate incident Greek authorities have also arrested two men in Megara who had in their possession a carved marble stele depicting two female figures dating from the late Classical or early Hellenistic period.