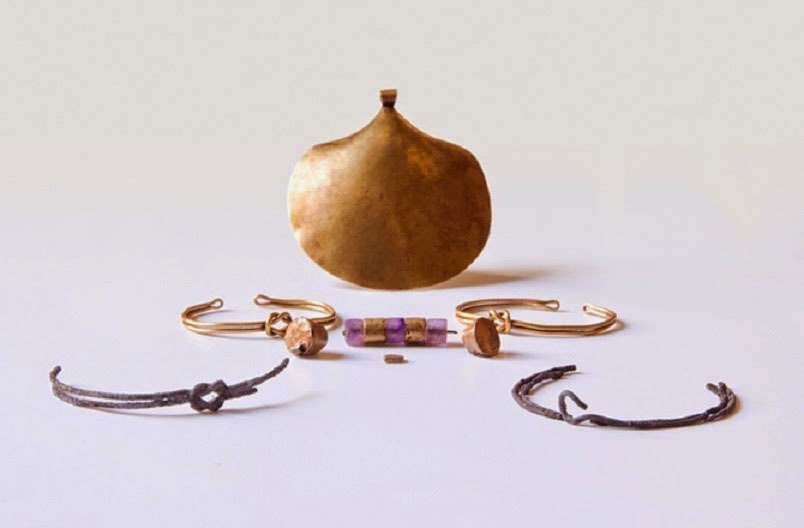 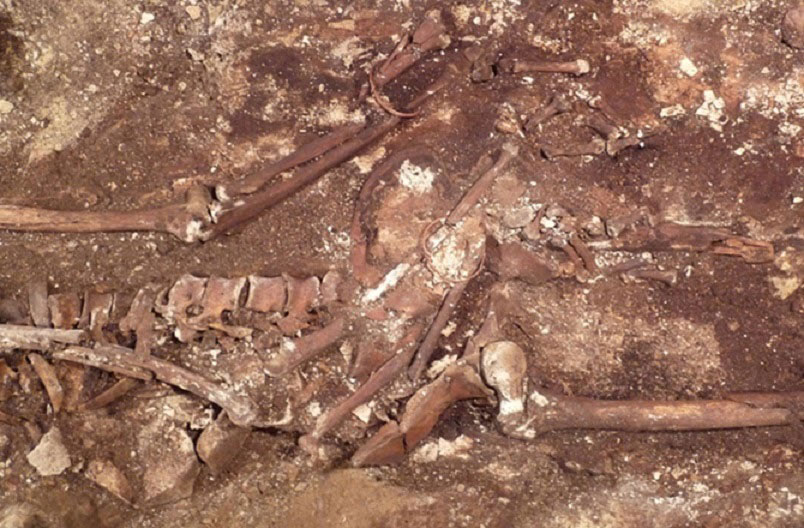 The mummy was destroyed but the jewels were saved

A small collection of jewellery made of gold, some bracelets, and a necklace with a pendant were found in one of the tombs that lie beneath the Temple of Millions of Years of Tuthmosis III in Luxor, in particular tomb No. XIV, during the first archaeological dig of the seventh season, under what was the hypostyle hall of the temple.

Pottery has allowed scientists to date the tomb to the Middle Kingdom. The new season began on October 15th; one of its objectives was to clean and protect the graves previously located by GPR. After finishing the cleaning of grave pit XIV, that was looted in antiquity, archaeologists found that one of the chambers had a collapsed roof; a large block of stone, which had fallen before the tomb was desecrated, had crushed a sarcophagus with its contents. Thus the theft of precious objects worn by the mummy inside it was avoided.

When removing the block, the researchers found traces of a sarcophagus and a mummy, completely destroyed; however, the jewels, that had been  buried, remained. The ‘Lady of the Jewels’ surely belonged to a higher social class and was buried with a pendant of semi-precious stones and gold cylinders which ended in a large shell of finely wrought gold.