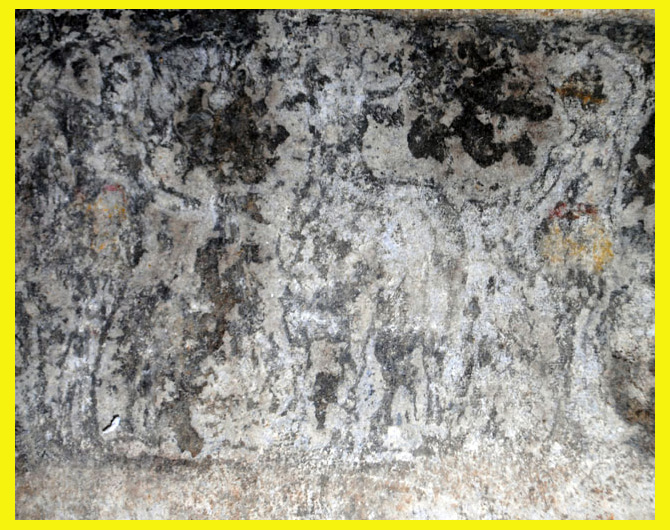 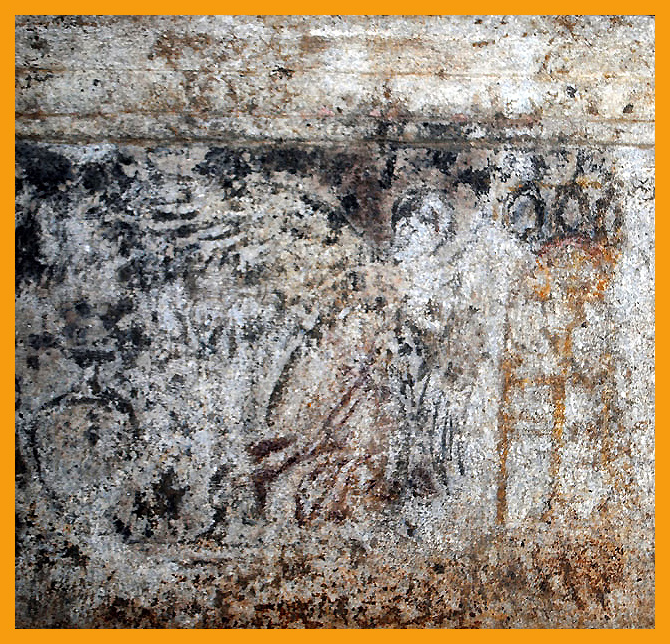 Paintings are coming to light

As conservation works at the seven marble parts of the “epistyles” in the third, most elaborate chamber of the burial monument on the Kasta Hill go on, paintings are gradually coming to light.

The marble parts belong to the entablature. Their place was above the jambs of the walls and underneath the marble beams of the ceiling, which also have painted decoration resembling coffers with inscribed rosettes.

On one of the epistyle parts we see an animal –possibly a bull– in the center, with a male and a female figure right and left of the animal, both depicted moving. The scene also features a fourth winged figure heading towards a tripod cauldron. Traces of red, blue and ochre pigment are preserved on various parts of the scene, as the dress and the cauldron.