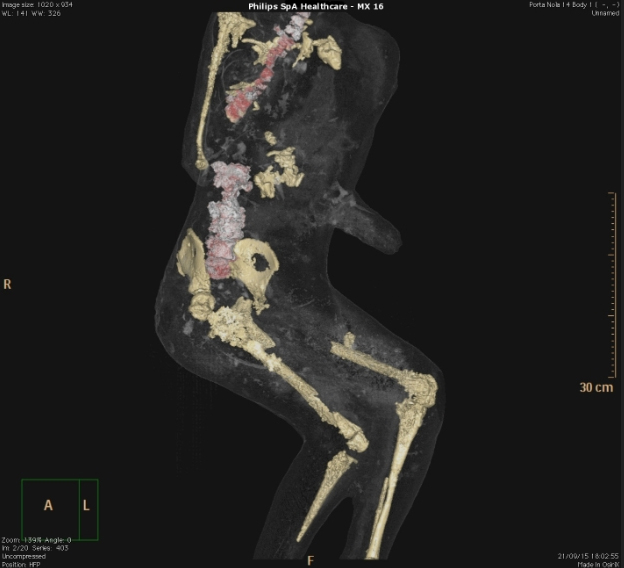 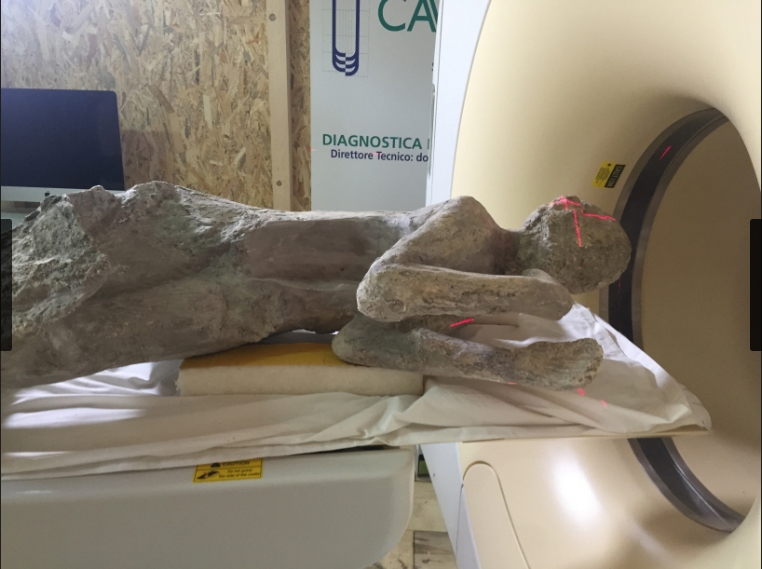 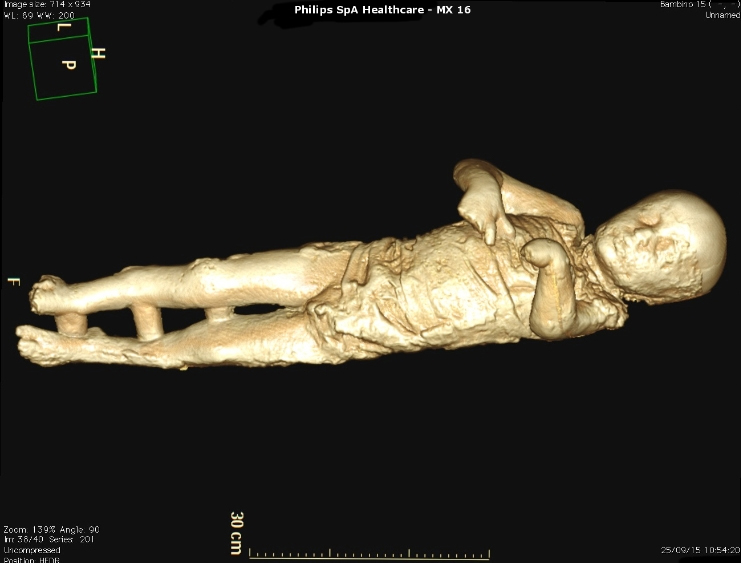 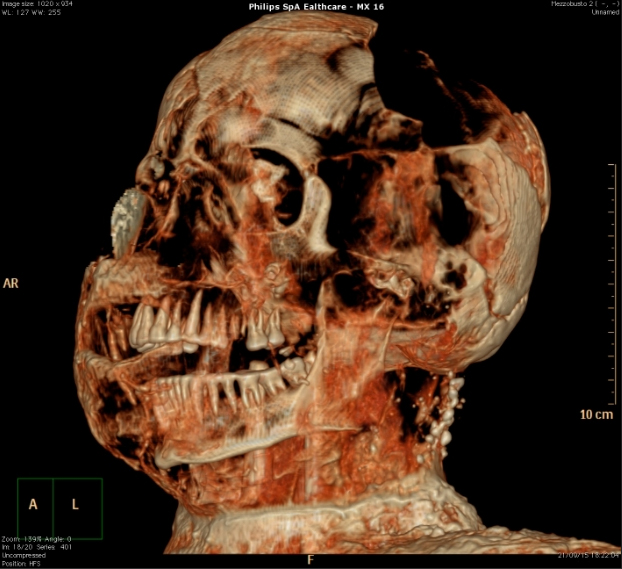 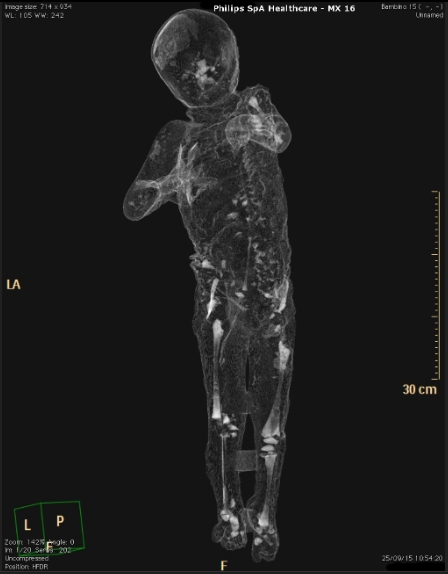 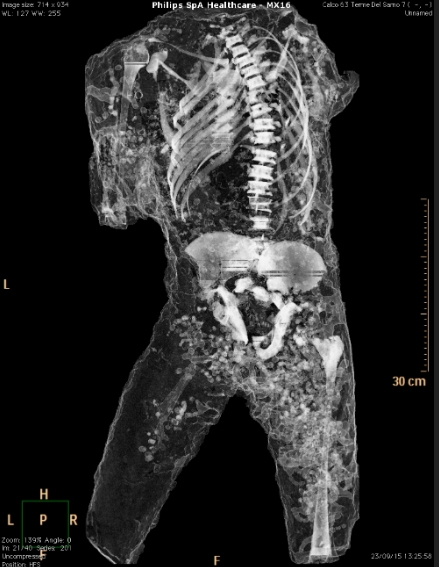 What’s inside the Pompeii mummies

First results and images of the scans of 86 preserved bodies of Pompeii have been released by archaeologists who have spent the last year carefully restoring and scanning the people frozen in time. The images reveal what lies beneath the plaster and castings of these 86 Romans whose lives were ended within a moment.

The 3D scans leave little to imagination: the pursed lips of a young boy, as if in shock, the spine, ribs and pelvis of an adult male, the muscles and skin of another victim’s skull, even the teeth… The poses of these bodies reveal how these people died, like the man raising his hands above his head in a protective gesture, seemingly in a bid to stave off death.