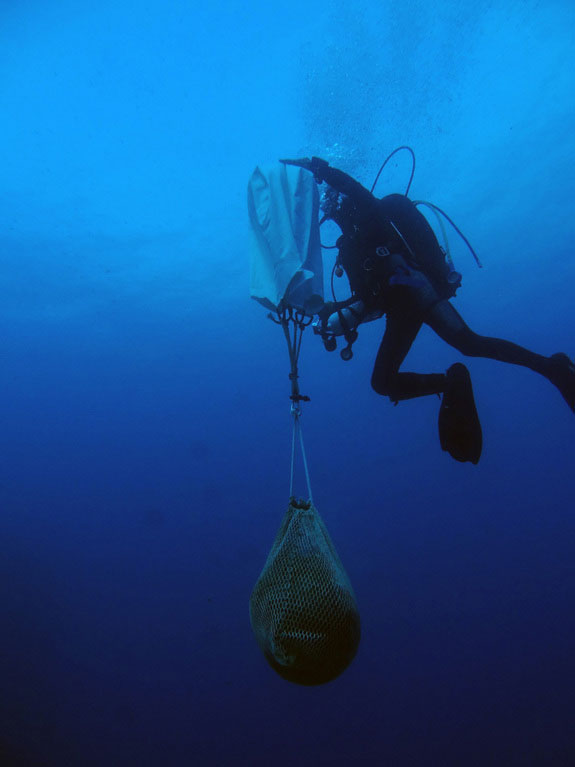 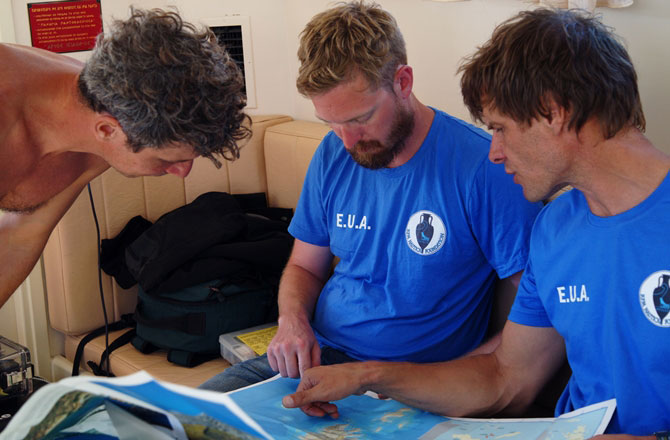 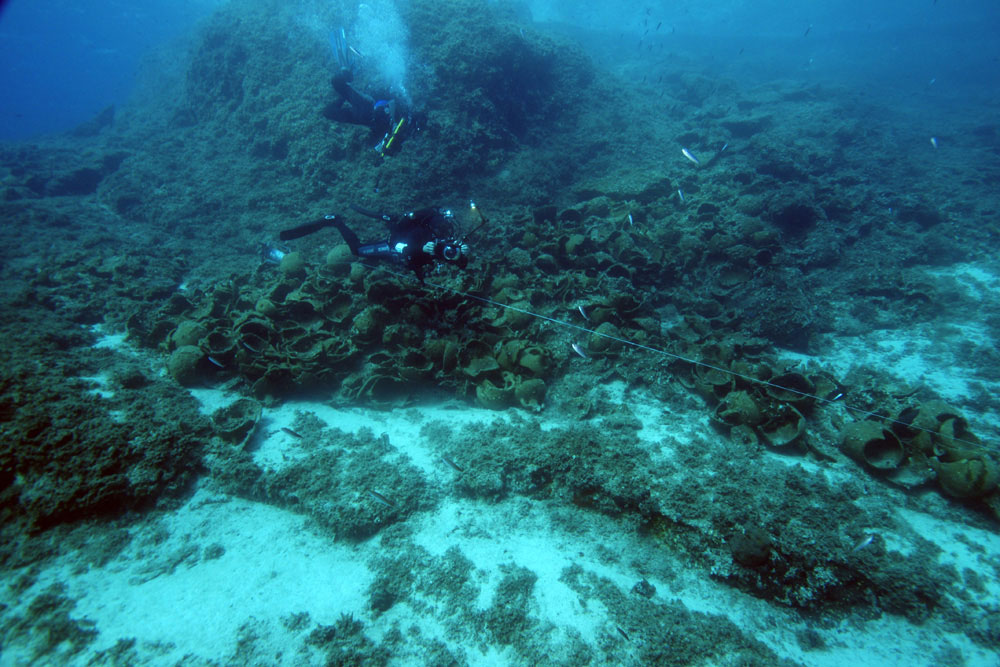 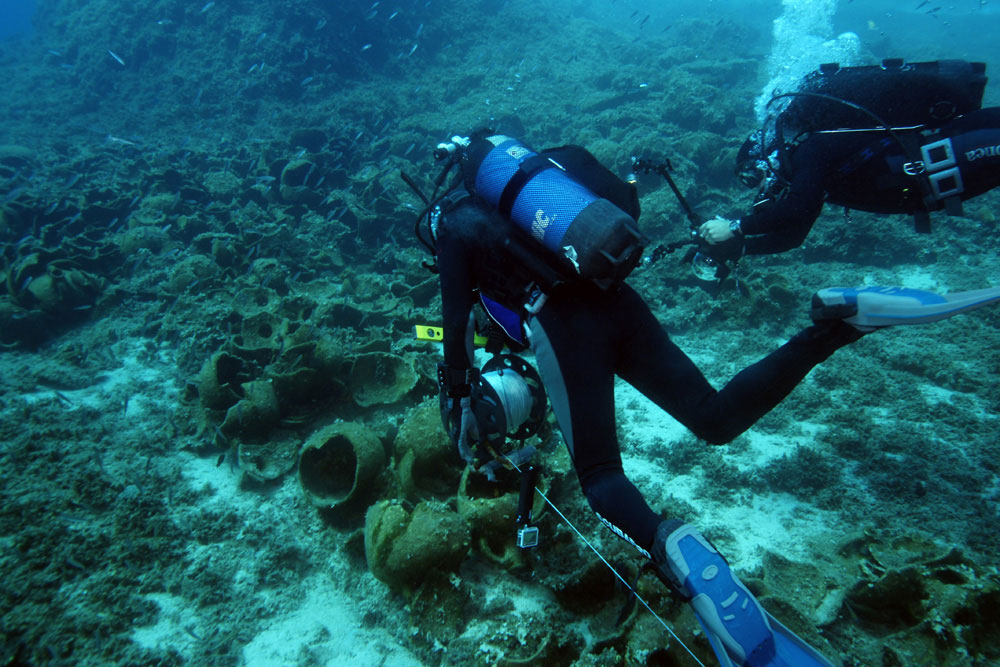 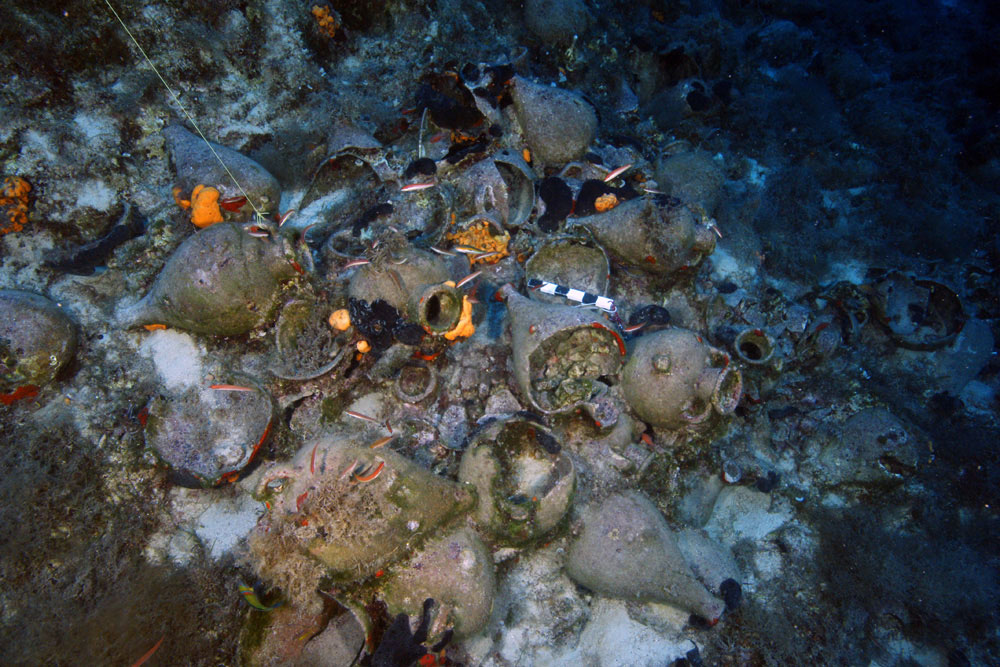 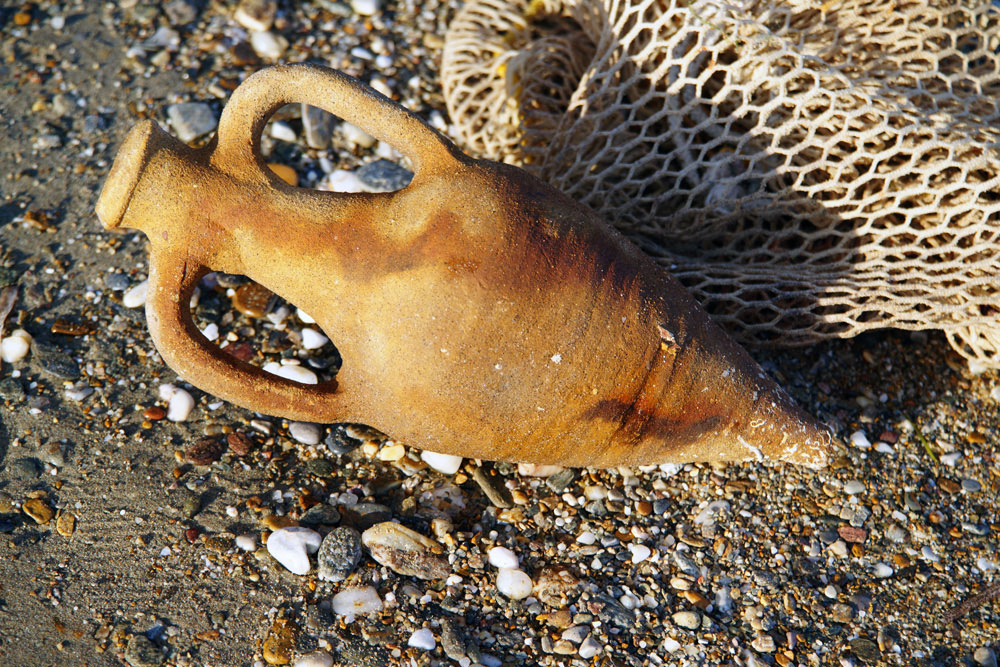 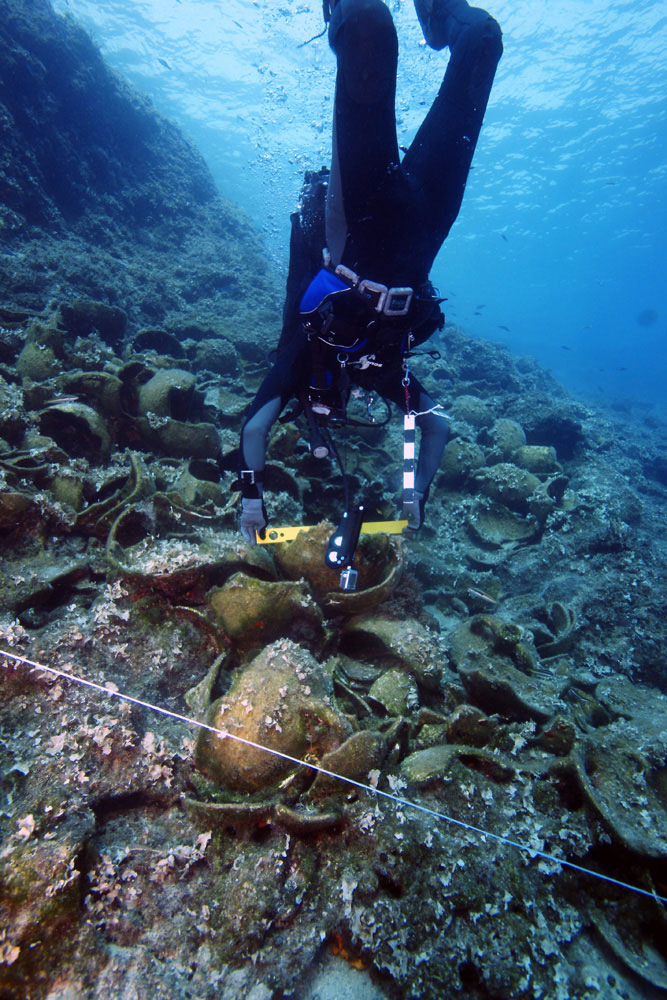 In a single location in the Aegean

Underwater archaeologists in Greece have discovered 22 shipwrecks around the Fourni archipelago in the north-eastern Aegean Sea. The announcement was made this week and the findings are considered a unique discovery, adding 12% to the total number of known ancient shipwrecks in Greece, which are about 180. The expedition was carried out by the American non profit RPM Nautical Foundation in collaboration withwith the Greek Ephorate of Underwater Antiquities and were funded by the British Foundation Honor Frost.

In a survey, you don’t really choose what you’re going to find — you just dive”, said George Koutsouflakis, the Greek director of the survey, from the Ephorate of Underwater Antiquities. Underwater archaeologists, however, were astonished at the number of the shipwrecks, along with the rarity of the findings

The Fourni archipelago lies in the triangle formed by the Greek islands of Ikaria, Samos and Patmos. Although it wasn’t a destination itself, the straits were used as a passage by ships carrying cargo from Greece to Cyprus and Egypt from the Archaic Period to the 16th century, from depths of 180 feet (55 meters) to as shallow as 10 feet (3 m). Due to the rocky archipelago only few ship remnants have survived. However, the team of researchers found mostly cargo, including amphorae styles that have never before been found on the Mediterranean seafloor. Among the findings there were large troves of amphorae, used in antiquity to carry various goods, such as water, oil, wine, and fish sauce. The findings included a trove of Archaic pots from Samos, probably destined for Cyprus, a group of huge 2nd century AD amphorae from the Black Sea region, and a cache of Sinopian carrots.

In the first five days of the expedition, divers had already found ten sunken ships, and on the sixth day they found another six. Peter Campbell, from the University of Southampton and co-director of the RPM Nautical Foundation, a member of the expedition team said: “If we hadn’t stopped, we would have hit 30 or 40 in a few weeks.” Each wreck was documented in 3D and representative samples were brought to the surface for study.

Since most ships were made of wood, which normally does not survive centuries at the bottom of the sea, unless it is buried in mud without oxygen, there are only few traces of the vessels themselves. The variety of amphorae, however, might provide scientists with a unique insight regarding their content, their origins, as well as trade relations among neighbouring countries. Mark Lawall, an expert on Greek transport amphorae, although he agrees on the significance of the findings, warns that since shipping vessels were often reused it might be hard to accurately track their progress.

Representative samples of the amphorae are now in a wet lab in Athens, Greece for preservation and further investigation. Rare or valuable ones may go on display after preparation for out-of-water conditions.

Koutsouflakis and Campbell intend to return to Fourni, equipped with underwater robots and other technologies, to search for more wrecks before they plan any underwater excavations.