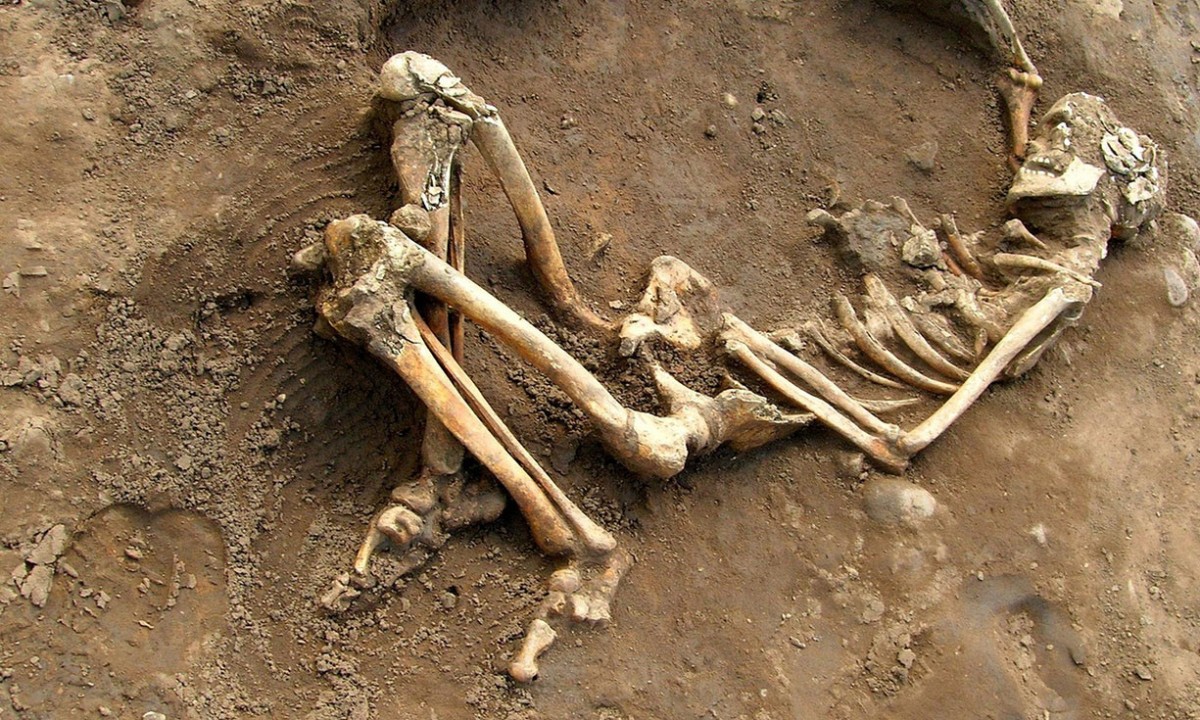 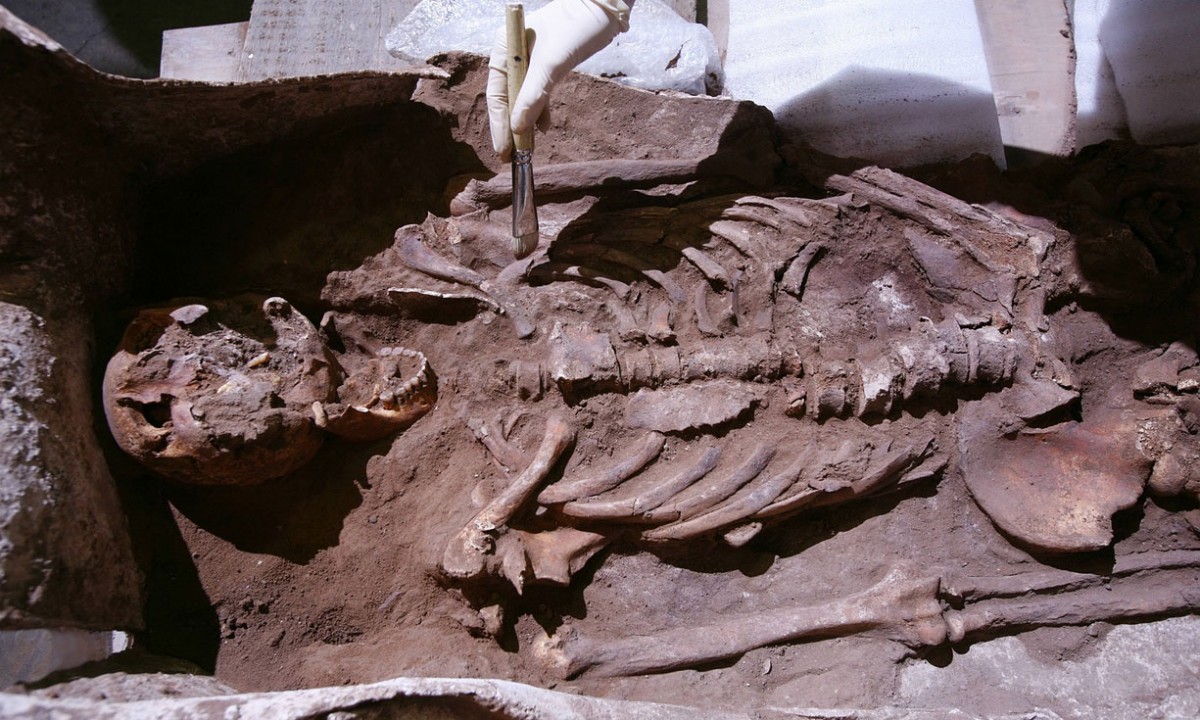 Ancient bones can offer valuable information on our ancestors. They can provide an insight on their diet and nutrition, the illnesses they suffered from, and other features of their lives. Roman skeletons in particular will be analysed by Dr Jen Baird and Dr Tim Reynolds, in a live event by The Guardian and Birkbeck.

Some of the information we can gain concerns whether they were slaves, working in mines or near them. Slaves would perhaps be found still wearing iron shakles, as is the case of skeletons found in Pompeii or Laurion in Greece. Those working in mines were exposed to dangerous substances and this might have caused a range of illnesses. Some athletes are also easy to identify. For instance, a skeleton from Herculaneum bears fractures to the hands and nose, typical of boxers. Another,  was probably a javelin-thrower as is indicated by the same elbow problems experienced by modern athletes. Members of families were buried together, while skeletons of Roman and Saanian troops in Syria were found trapped in a siege mine. Another piece of information we can get from skeletons is where they came from through scientific methods such as isotope analysis or the study of graves and offerings. Many skeletons of children also show what disease they suffered from. Scientists can identify certain illnesses, such as rickets, scurvy and anaemia.

An interactive workshop, organized by Birckbeck Archaeology Department and the Guardian, with the title “What can you learn from a Roman skeleton?”, will offer participants the opportunity to find out about osteology, look at some remains of a real Roman skeleton and find out what they can learn.

Dr jen Baird and Dr Tim Reynolds from the Department of History, Classics and Archaeology will be coordinators of the session. The workshop will take place on Saturday, 21 November.