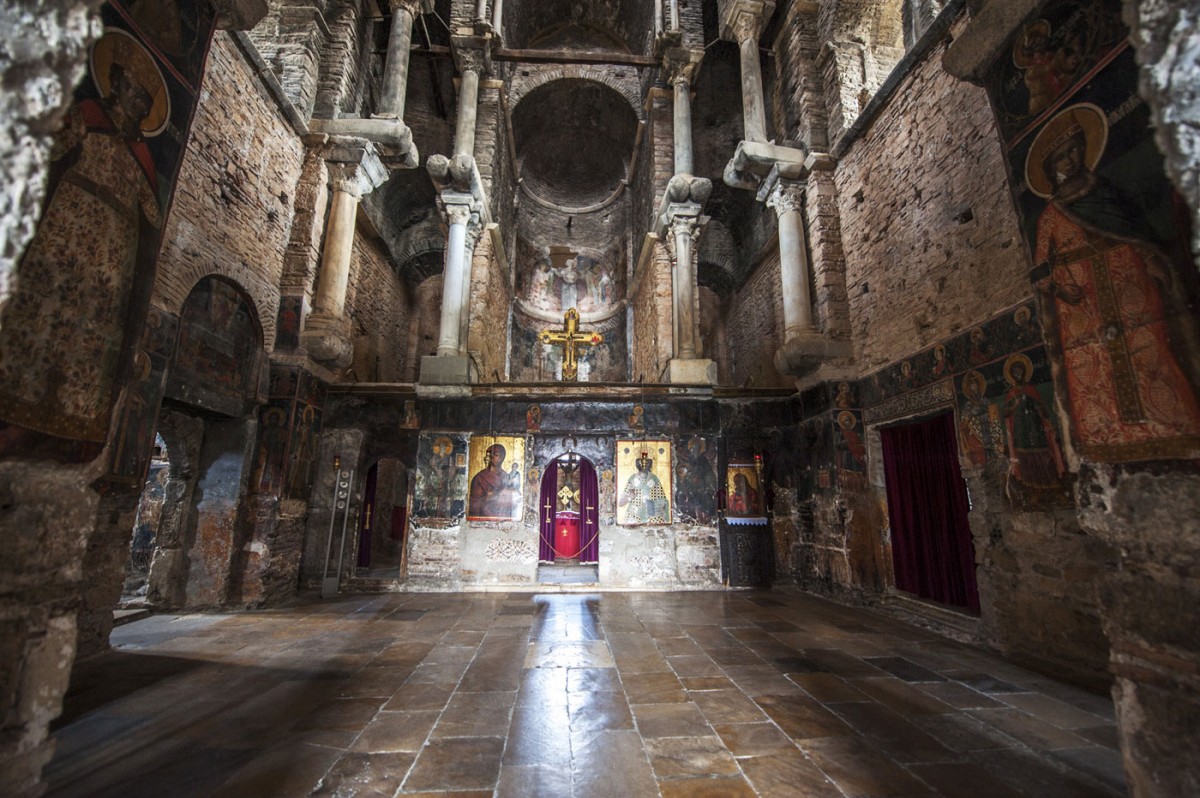 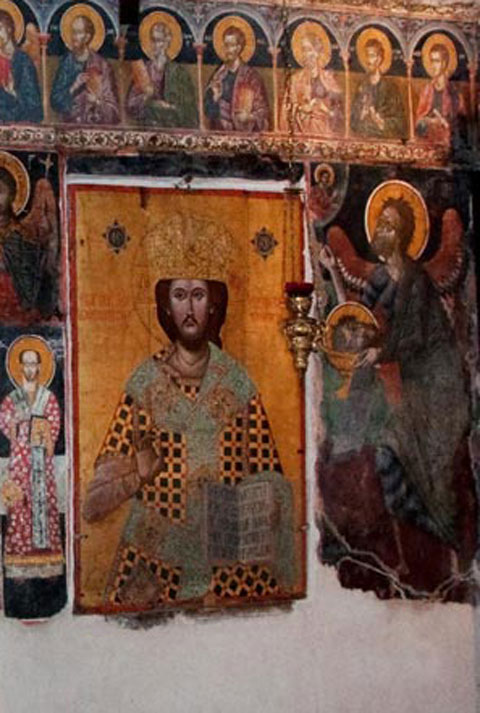 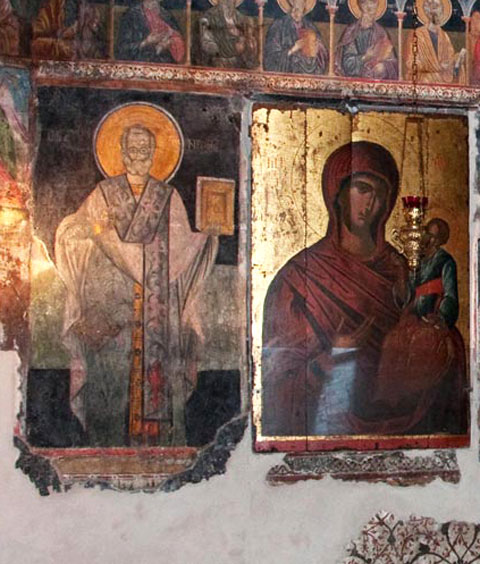 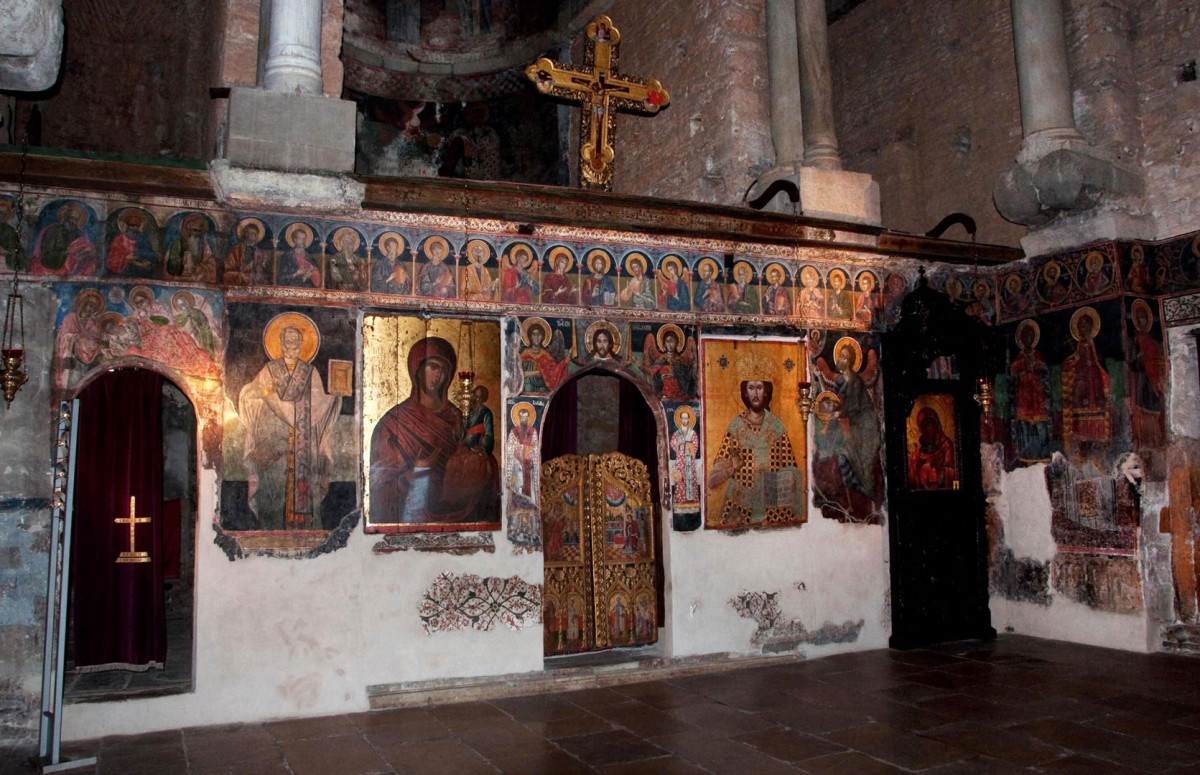 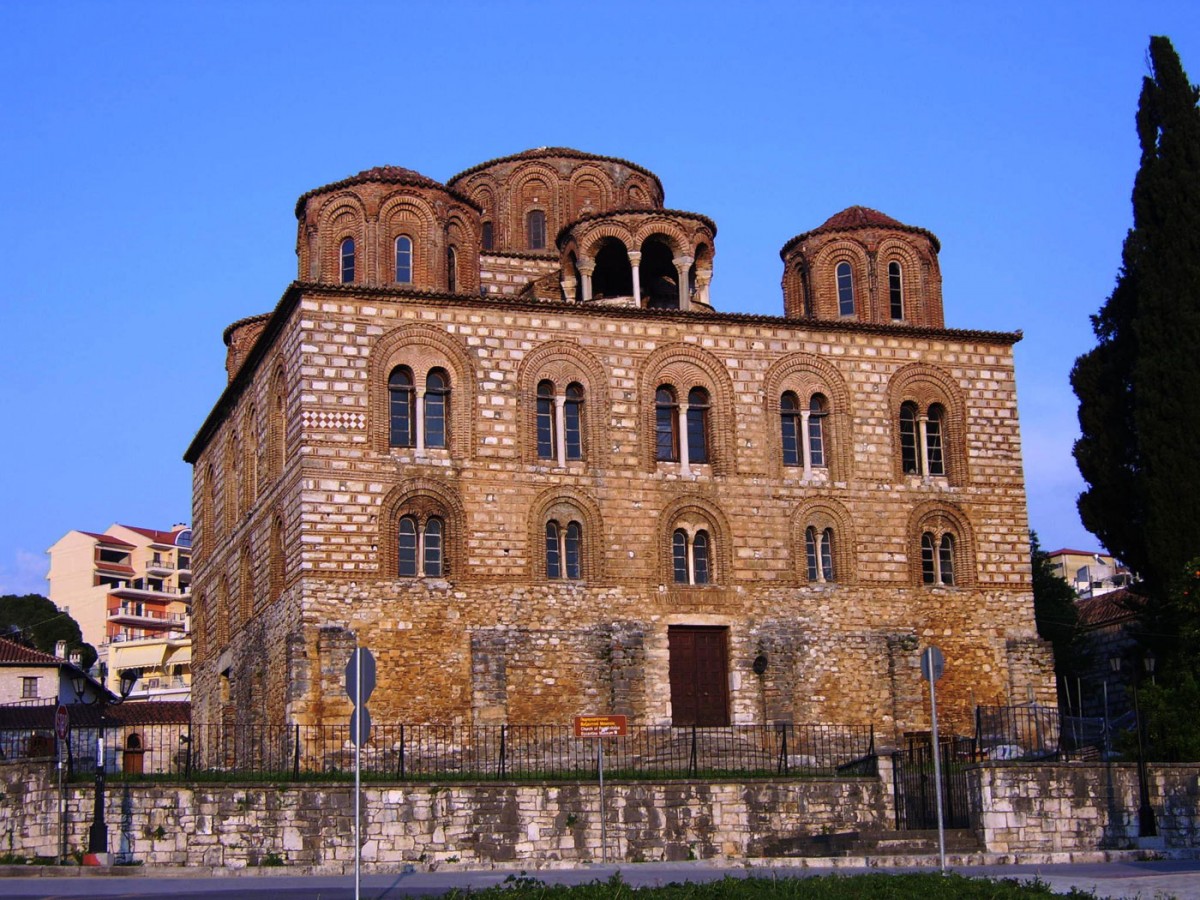 The iconostasis of the Church of Panagia Parigoritissa at Arta

The iconostasis of the church of Parigoritissa was chosen by the Ephorate of Antiquities of Arta as the exhibit of this month.

The church belongs to the octagonal, cross-in-square type. As seen from outside it is a rectangular, almost cubic building but the interior is extremely elegant and lavishly decorated with wall paintings and sculptures. The mosaic representation of Christ Pantocrator surrounded by Prophets is preserved on the dome, and wall paintings made by the painter Ananias, dated to the 16th century, have survived inside the sanctuary. Fragments of various other wall paintings, dating from the 17th century, can be seen in the naos.

The church was built in the 13th century, during the reign of the dynasty of Comnenos Doukas, and became the metochion (dependence) of the Kato Panaghia monastery, when it went bankrupt. It is mentioned for the first time as a convent for nuns in a sigillium (decree) of Patriarch Jeremiah II, dating from 1578.