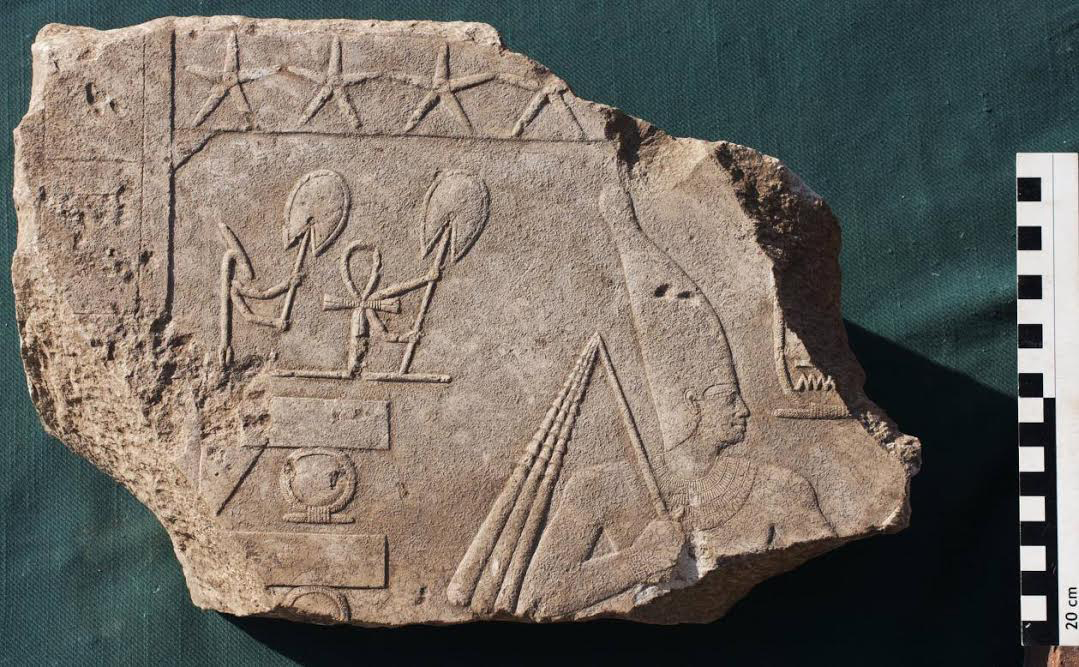 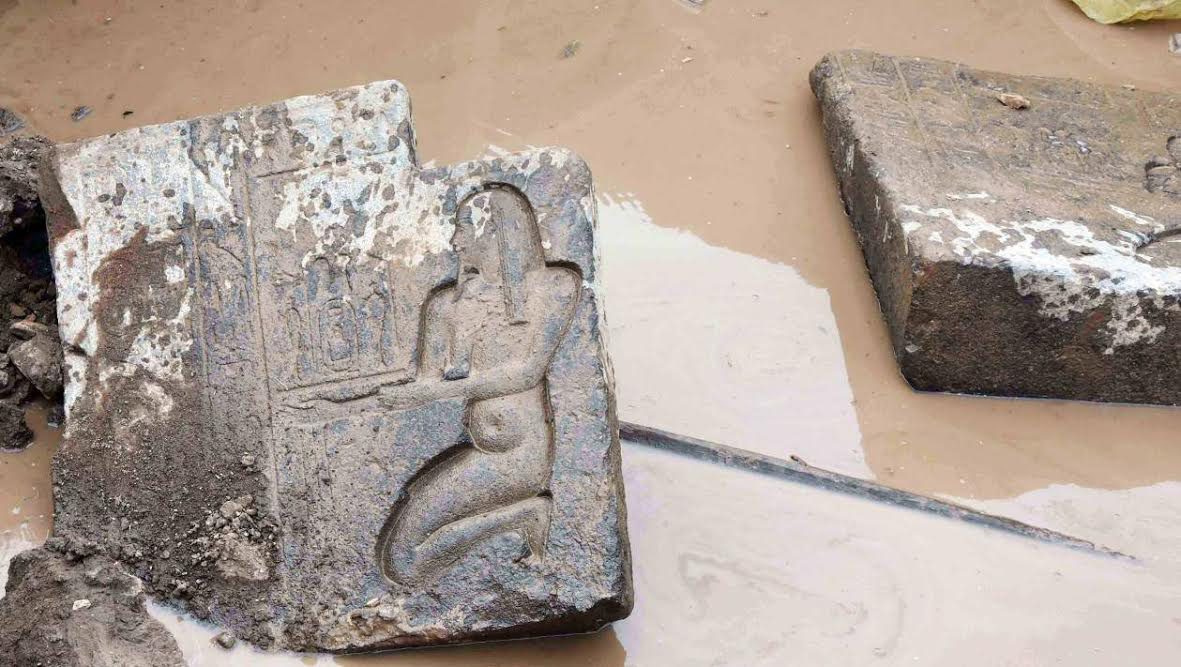 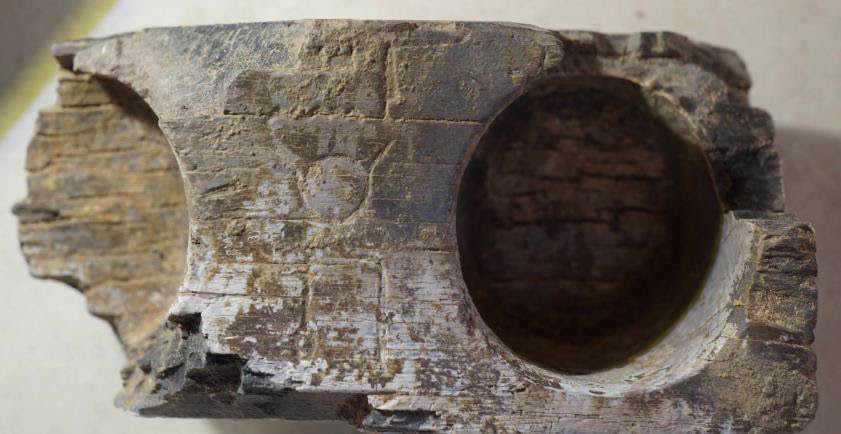 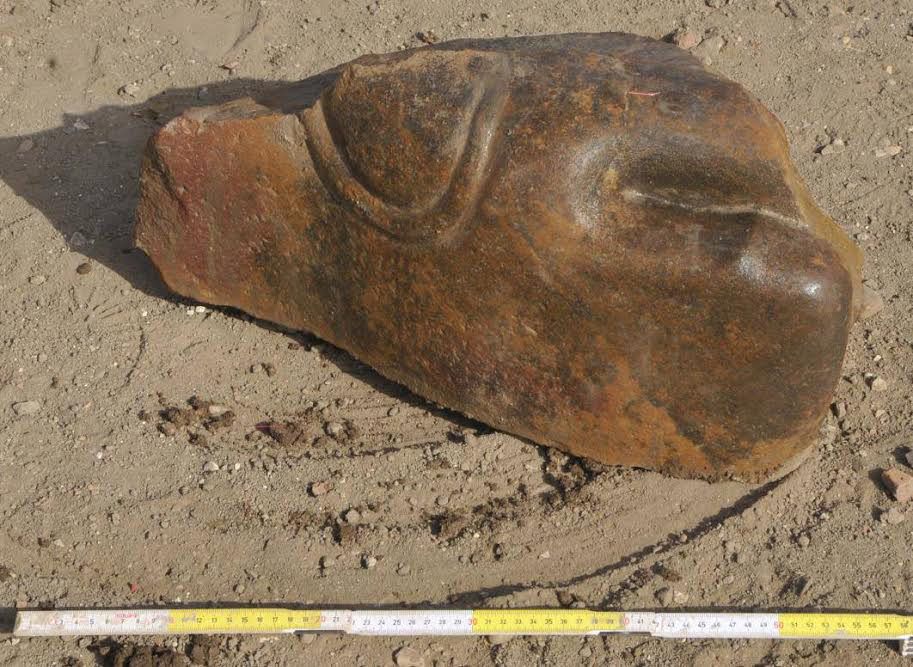 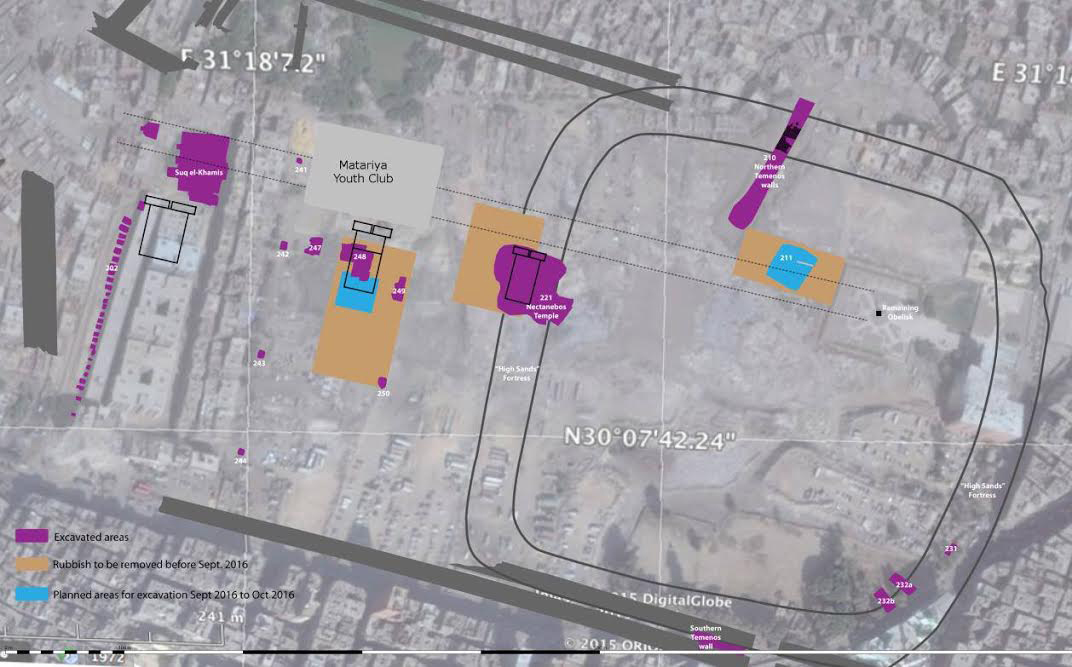 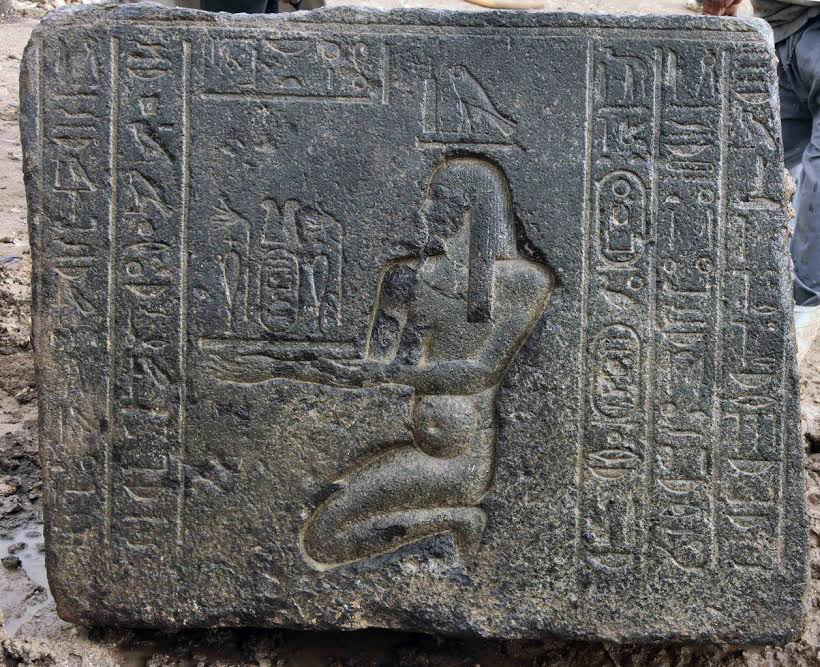 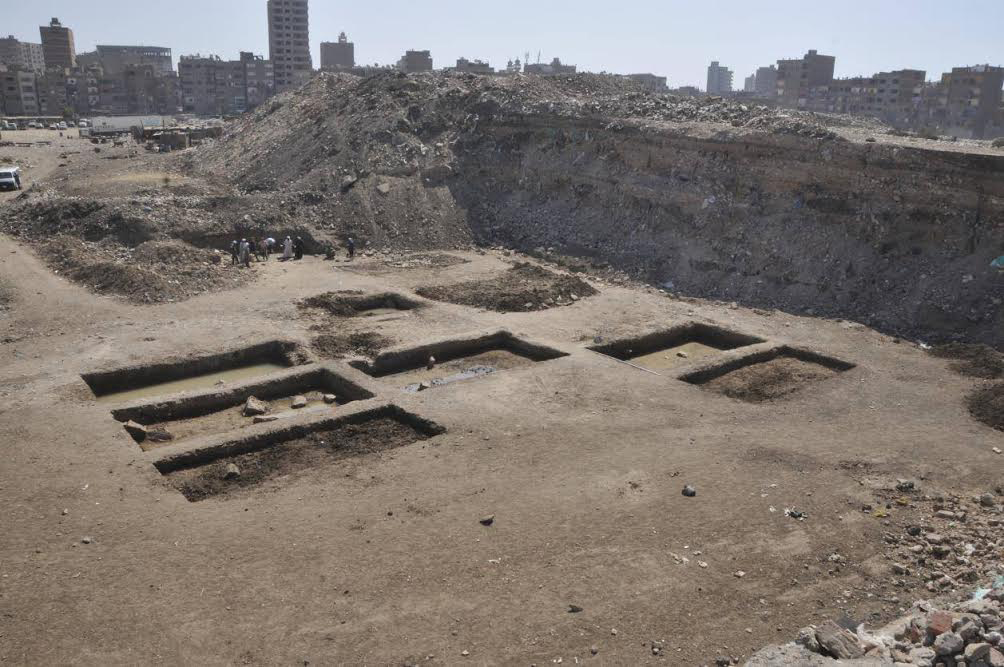 Sanctuary of Nectanebo I and new temple site of Ramses II

Dr. Aiman Ashmawy, head of the Egyptian team at the Mission, said that the number of blocks from a limited area proves that the excavation area is the site of the original building built of limestone reliefs and columns, with lower wall zones made in black basalt. An eastern gate was constructed of brown silicified sandstone and decorated with inscriptions and ritual scenes.

Furthermore, additional evidence for the representation of geographical processions consisting of Nile gods with accompanying texts were found. A group of basalt slabs shows the geographical procession of the 6th Nome of Upper Egypt. Also, objects like a sculptor’s practice pieces and a bronze figurine of the goddess Bastet were found in the same area. Dr. Dietrich Raue from the Egyptian Museum of the University of Leipzig/Germany focused on excavations in a second area in the southeast of the temple, where a workshop of the 4th century BC and a superseding Ptolemaic stratum were discovered. “This fits to the growing evidence for the enormous activity of the kings of the 30th Dynasty in this sanctuary,” he explained. A new temple site of Ramses II was discovered between the location of the temple-site of Ramessses II at the Suq el-Khamis and the area of the Nectanebo temple. Fragments of colossal statuary as well as large blocks with wall reliefs were also found.